Listed Brighton bus shelter could be turned into café 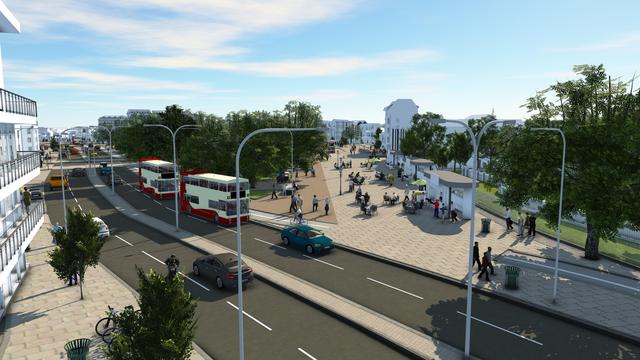 Brighton and Hove City Council has submitted plans to convert three listed bus shelters into “flexible” spaces because they will soon be redundant.

The grade II listed art deco style shelters in Old Steine will no longer be used as bus stops when phase three of the £13 million Valley Gardens project is completed.

The council plans to extend one of the shelters and turn it into a café or information kiosk with an accessible toilet.

The other two could be anything from a “pop-up” art gallery to a bike doctor’s premises or an electric bike charging point.

The shelters were built in 1949 when the old County Borough of Brighton Corporation had the designed by engineer DJ Howe to reflect the 1936 tram shelter in Steine Gardens.

A heritage statement submitted with the plans said: “The structures will no longer be used as bus shelters in the future due to the Valley Gardens redevelopment.

“The shelters are in poor condition and regularly vandalised with graffiti and broken windows.

“The proposal will retain the existing structure while upgrading and safeguarding them by providing a new use.”

The proposed refurbishment includes “discrete” shutters to protect the shelters from vandalism.

Buses would no longer go along the road in front of the bus shelters because the street would be pedestrianised, with a cycle lane, once phase three is complete.

All northbound traffic will be directed to the eastern side of Old Steine.

Councillors voted through the final designs in January and the project is due for completion next year.

Plans include a T-junction and traffic lights in place of the Aquarium Roundabout, new separate cycle lanes and an outdoor events space.

The project’s budget has risen to almost £13 million from just under £8 million although a government grant will cover £6 million.

The rise was blamed on inflation in the construction sector while the project was delayed during the coronavirus pandemic.

The £11 million phase one and two of the Valley Gardens project opened in September 2020.

Changes to the road layout have proved controversial along with the signage after four new “bus gates”, installed as part of the project, generated £2 million in fines in the first year.