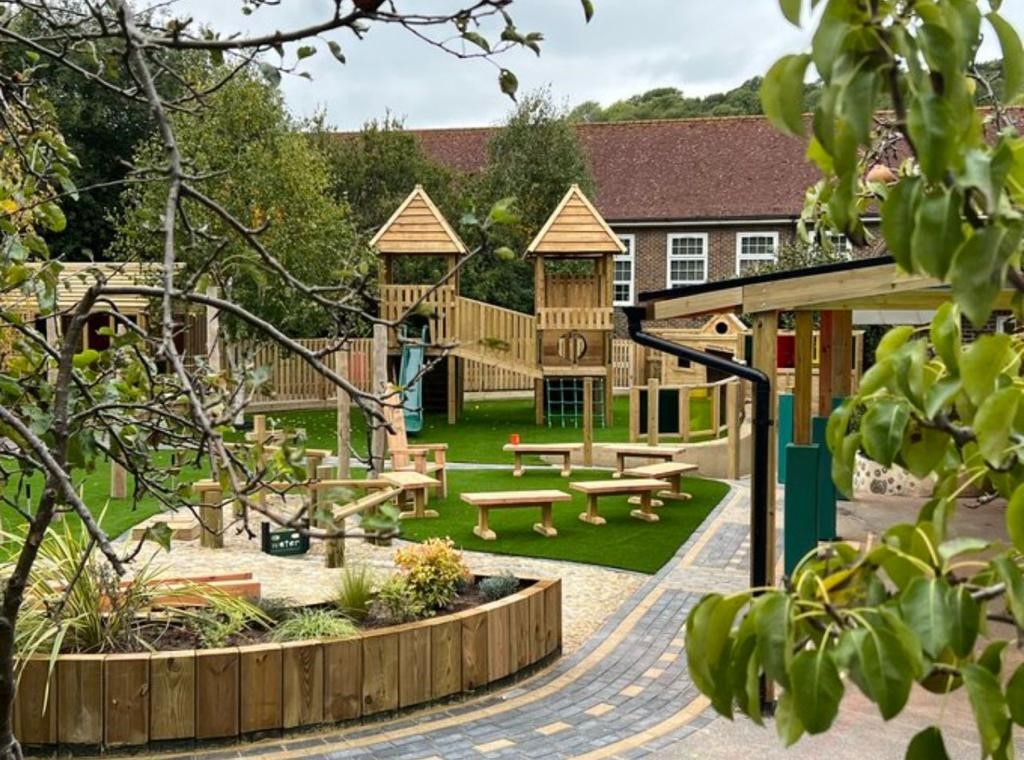 Pupils at a newly academised Brighton primary returned to school in September to new classrooms and playground equipment thanks to a £280,000 investment from the trust which took it over.

Moulsecoomb Primary School had a budget deficit of £244,812 when it left local authority control – which Brighton and Hove City Council has had to cover from other budgets.

Falling pupil numbers meant the school did not get enough money from the Government to pay for staff and other costs.

When academy trusts take on schools, the Government gives them grants – which have helped The Pioneer Academy Trust invest in renovating the school.

Lee Mason Ellis, CEO of The Pioneer Academy said: “Children deserve the very best learning environments possible. I am so pleased to see that the investments we have made at Moulsecoomb Primary School have transformed the learning experience for pupils and staff alike.

“The funding environment is really difficult for schools right now, right across the country, but we think it’s important to continue to invest in the very best facilities so that we create spaces that children love to be in and which make them want to learn.”

“The investment from The Pioneer Academy is enriching their learning while allowing staff to be more creative in their approaches to teaching and learning.”

Moulsecoomb Primary was forced to become an academy when it was rated inadequate by Ofsted in April 2019.

Other school leaders in the city asked the council for assurances its budget deficit wouldn’t be covered by the schools contingency fund, used to cover unexpected education costs.

Councillors agreed, and instead it has come out of corporate budgets.

The council is this week expected to publish details of how it is going to deal with a multi-million pound black hole in its finances. Measures being considered include shutting the Glenwood Lodge hostel and Bright Start Nursery.

Meanwhile, The Pioneer Academy is in talks with West Blatchington Primary School in Hangleton, which has expressed an interest in joining the trust.

This would be on a voluntary basis.

Unions have warned they will launch a vociferous campaign in protest if the plans go ahead, on a similar scale to the many marches, strikes and other campaigns it held against the academisation of Moulsecoomb Primary.