A former Sussex University student has been named as one of 17 new European Space Agency astronauts.

Rosemary Coogan, 31, completed a doctorate at the university, based in Falmer, just three years ago and was one of three Britons in the “ESA astronaut class of 2022”.

Dr Coogan is one five new career astronauts at the ESA, with 11 others named as reserves and one – former paralympic athlete John McFall – named as a “parastronaut feasibility study member”.

Her studies at Sussex, from 2015 to 2019, focused on super-massive black holes and the formation of stars, the university said today.

Dr Coogan, from Northern Ireland, said that her selection – out of 22,500 applicants – was “a welcome surprise (and) a real privilege”, adding: “It was certainly on the radar.

“I’m already a space scientist. My research is in galaxy evolution so I’ve always been interested in space and space science. And this is really taking it to the next level.”

She also said: “My family (and) my partner have been incredibly supportive and I think without that support from these people, we wouldn’t really be able to get to the stage we are today.

“It’s a huge part of it – their understanding, their flexibility and their support – so I am really grateful for that.”

Stephen Wilkins, head of astronomy at the university’s School of Mathematical and Physical Sciences, said: “Rose was a PhD student at the University of Sussex until 2019.

“While here, Rose studied the formation of stars and the growth of super-massive black holes in distant galaxies.

“It was at her graduation that I learnt that Rose had been making her way through the ESA’s selection process so it’s wonderful news to find out she’s been successful.”

Dr Wilkins added: “Rose is not only a strong astrophysicist but she has also worked hard to develop a host of skills and attributes which make her so suited to this amazing opportunity.

“To be one of only five career astronauts selected for the ESA’s first intake in 13 years, from over 20,000 applicants, is an amazing achievement and we’re all incredibly proud in the Astronomy Group at the University of Sussex.” 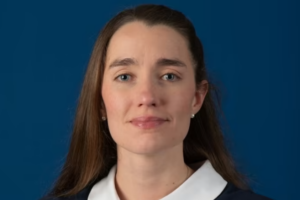 Dr Coogan’s PhD supervisor Mark Sargent, an honorary reader in physics and astronomy at the university, said: “From the very first moment Rose contacted me to inquire about PhD options, it was clear that she had a deeply rooted curiosity about space and a strong desire to understand at a fundamental level our cosmic origins.”

Dr Sargent added: “It is fantastic that she will now have the opportunity to continue this journey by flying to space herself.”

Tim Peake, from Chichester, was among those chosen for the 2009 intake in the ESA’s last round of astronaut recruitment.

The ESA said that the new astronaut candidates would take up duty at the European Astronaut Centre, in Cologne, in Germany.

After completing 12 months of basic training, the new astronauts will be ready to enter the next Space Station training phase. Once assigned to a mission, their training will be tailored to specific mission tasks. 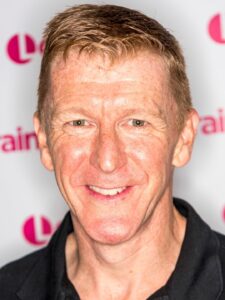 Sussex University said: “This news is the latest in a succession of stellar moments for the astronomy discipline at the University of Sussex.

“This summer, Dr Stephen Wilkins was part of the team to analyse, and shed light on, the very first images from the James Webb Space Telescope, having been involved with the telescope since before its launch.

“And, in March this year, Professor Xavier Calmet made headlines with the publication of research indicating that he and colleagues may have resolved Stephen Hawkins’s famous black hole paradox.

“They found that black holes are more complex than originally understood and have a gravitational field that, at the quantum level, encodes information about how they were formed.”