Future of Black Rock back up for debate

Councillors are due to discuss ideas for the long-term future of Black Rock next week.

A Brighton and Hove City Council committee is due to agree a timetable for producing a development brief, with £100,000 budgeted for surveys and investigations.

The council’s Policy and Resources Committee is also being asked to allow the site to be used as an “ad hoc” entertainment space for the next two to three years.

A report to the committee said that Black Rock would be able to host events displaced by the Madeira Terraces restoration which is due to start next year.

But according to the council’s strategic planning blueprint, the City Plan, the site is expected to end up being used for leisure or recreation, with some shops and cafés and a hotel.

Officials want councillors to back plans for a “phased development” with a land deal.

The report said: “A land deal approach will enable the council to meet the required funding timescale and is supported by LEP (local enterprise partnership) board members.

“Officers consider that this approach is likely to be more flexible, quicker and open the opportunity to a wider range of development partners than a traditional procurement route may offer.

“This route has been successful on the Circus Street and Preston Barracks projects, attracting award-winning design and projects that have improved and regenerated the city.”

The council granted planning permission for preparatory works referred to as a “meanwhile use” in March 2020.

Since then, the wildlife site has moved, work has been completed to the Duke’s Mound junction, a new 800-metre “boardwalk” has been created and a new sea wall has expanded the developable area.

The report said: “It is proposed that the creation in the longer term of a re-invigorated event space and grandstand at Madeira Terrace will then allow for displaced outdoor events and new events ‘grown’ at Black Rock to move back to the western seafront and allow the site itself to become a significant new destination for the longer term, based around the agreed ‘development brief’.

“The proposed informal ‘meanwhile’ uses for the Black Rock site also have the potential to support the health and wellbeing agenda across the city.

“Inquiries from local groups seeking to use the area for ad hoc informal outdoor space has increased and it is suggested that embedding an outdoor activity programme throughout the year will also be achievable.” 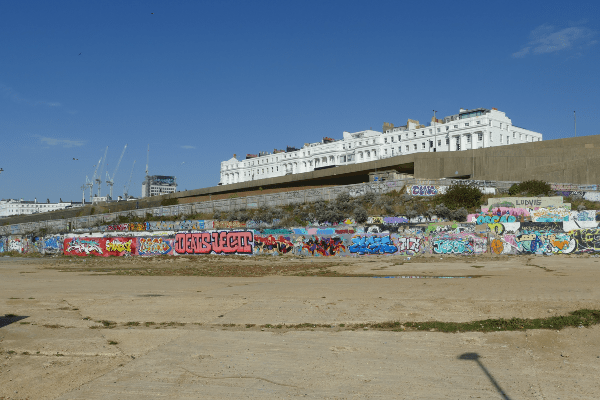 Work is currently under way to refurbish the historic Reading Room and Temple, instal infrastructure for events, a new link route between Black Rock and the Marina and decontamination work.

An unnamed local business will start operating out of the Temple for five years from next spring.

But two potential tenants have dropped out of using the Reading Room and the council is going through the letting process again.

A £12.1 million grant from Coast to Capital LEP has helped fund work to prepare the site for development, with £3.9 million coming from the council.

Coast to Capital originally agreed to fund a new conference centre but has agreed with the council to use the money for enabling work to rejuvenate the area.

The earlier plan involved building a new conference centre at the site after an agreement with Aberdeen Standard Investments which would have involved expanding Churchill Square.

But Aberdeen withdrew from the conditional land acquisition agreement in 2020 and the council is reviewing the future of the Brighton Centre and Churchill Square.

The council’s Policy and Resources Committee is due to meet at Hove Town Hall at 4pm on Thursday (1 December). The meeting is scheduled to be webcast on the council’s website.