Each candidate has answered questions about local issues and why they want to represent the ward. Below are the responses from Stewart Stone.

I am passionate about our city and want to make it an even greater place to live, work and play.

Working for Wish residents with

A fresh approach, challenging traditional approaches to transport, environmental issues, housing, planning, waste management and education. I would tackle all residents’ issues with speed and enthusiasm. The best-performing councils are run with Lib Dem majorities and we are winning council seats from the Conservatives throughout the south of England.

No, but I live in the city and grew up in Brighton.

The proposals represent a gross over-development of the site. The area is designated a “tall building zone” for which a maximum of eight storeys is permitted. Residents must be given reassurances that their views, light and traffic will not be impacted. The Planning Committee (including Greens, Labour and Conservative) has let Wish residents down.

Brighton and Hove City Council are in ownership of many brownfield sites. These should be used to encourage the multitude of innovative housing co-ops who also inhabit our city. They should be encouraged to build or renovate or rescue sites and derelict buildings to provide genuinely affordable/social homes. 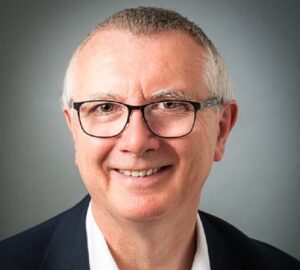 There should be more public toilets on the seafront. I realise that all councils are making very difficult choices in these hard times. I applaud the commitment of council to renovating some existing public loos in the city. But surely citizens have the right to decent public toilets.

One of the primary jobs of a local councillor is to liaise with the police to ensure that prompt and effective action is taken against anti-social behaviour. My regular surgeries will enable me to hear residents’ concerns at first-hand and pressure the police to take them seriously.

The Green-run council’s decision to ignore weeds has been a failure. The evidence is all around us. The weeds cause problems for pedestrians and animals and create long-term maintenance problems. There are effective non-polluting treatments for weeds that need to be tried – the Greens’ pavement rewilding policy is dangerous.

At a cost of £475,000, the cycle lane would provide only marginal improvements. It would also introduce other issues, such as impeding access to shops and pushing parking into congested residential areas. The money should be better spent addressing residents’ concerns, such as those expressed in questions six and eight.

I will be the only Lib Dem councillor and will not be subject to the pressure of a political group. I will judge issues on their merits within the broad confines of a liberal and democratic outlook. This is exactly the approach that has made Lib Dem councils so successful elsewhere.

I am well aware that Wish ward, which stretches from Portslade Station to the Hove Lagoon and to Portland Road, contains many varied communities with correspondingly varying needs. As your councillor, I would immerse myself in the issues that affect all the different parts of the ward and its citizens.