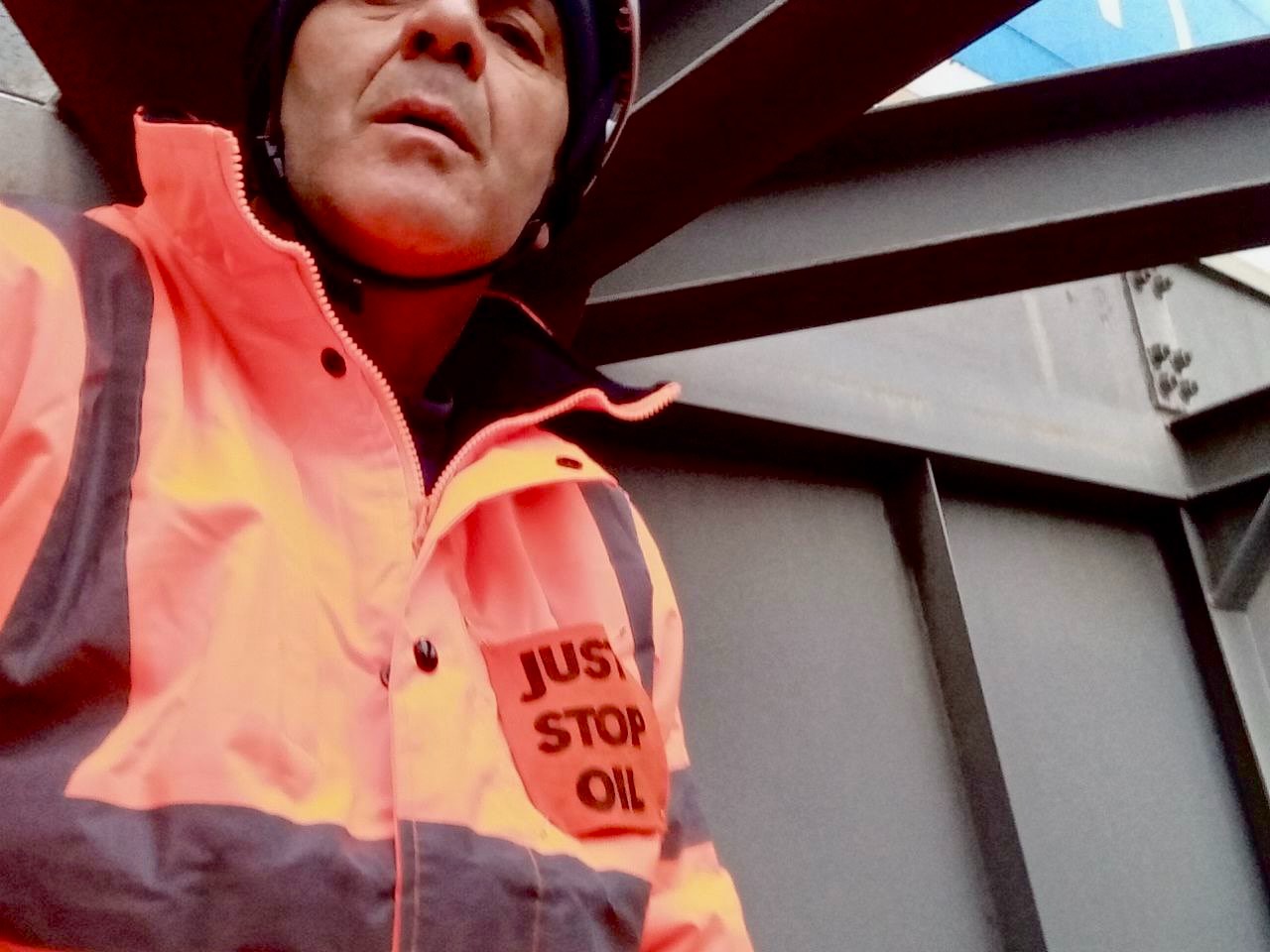 A Just Stop Oil protester who caused “mile after mile” of tailbacks on the M25 after climbing up a gantry has been jailed.

Jan Goodey, 57, of Mafeking Road, Brighton, was part of a demonstration on behalf of the climate group which forced authorities to close sections of Britain’s busiest motorway during the morning rush hour on Monday 7 November.

He was sentenced to six months in prison at Westminster Magistrates’ Court today (Tuesday 29 November) after pleading guilty to causing a public nuisance through his protest on an overhead gantry at Junction 16 of the motorway.

Goodey, a journalism lecturer at Kingston University, pleaded guilty on Tuesday 8 November, having received a two-year conditional discharge on Tuesday 27 September for obstructing the highway in a separate protest last year.

District Judge Daniel Benjamin said that Goodey had “flagrantly ignored” previous warnings that his conduct “was not acceptable in a peaceful and democratic society”.

The judge said: “I struggle to see what more the courts could have done to warn you that this type of conduct goes beyond what is legitimate and acceptable by way of peaceful protest.”

He said that to describe the disruption as “significant” was “perhaps an underestimate”, adding that the protest had caused “mile after mile of solid traffic on what is almost certainly the busiest motorway in this country”.

The judge added: “On (Monday) 7 November you deliberately set out to disrupt the lives of individuals doing no more than going about their lawful business.

“You wanted that motorway to come to a halt on that day.”

Goodey, who used to teach at City College, now the Greater Brighton Met, carried out the protest in a high-visibility jacket and used climbing equipment to gain access to the gantry.

The judge told Goodey that his culpability was “particularly high” because “you deliberately set out and equipped yourself to cause the disruption that you did”.

He added that if Goodey’s intention was “not to inconvenience members of the public” there was nothing stopping him from affixing the banner to the gantry and getting down or affixing it to a safer location alongside the motorway.

Goodey, who will spend half of the sentence in custody, with time spent on remand deducted automatically, will be released initially on licence, with post-sentence supervision imposed for a year after release.