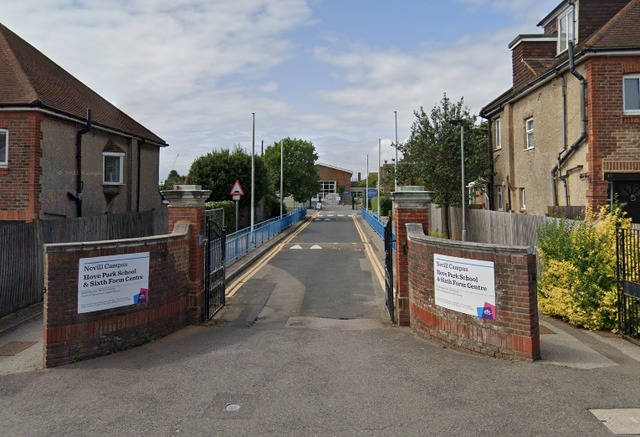 A 12-year-old girl from Hove has died of strep A, it has been confirmed.

The Hove Park School pupil was taken to hospital in Brighton yesterday but died shortly after.

She is the 16th child to die of the infection in the UK this year.

Dr Rachael Hornigold, consultant in health protection at UKHSA South East, said: “We are extremely saddened to hear about the death of a young child, and our thoughts are with their family, friends and the local community.

“Infection with group A streptococcus bacterium usually causes a sore throat, scarlet fever or skin rash and is passed by physical contact or through droplets from sneezing or coughing.

“In very rare cases, the infection can become invasive and enter parts of the body where bacteria aren’t normally found which can be serious.

“We will implement public health actions including advice to the city council and school community.”

Alistair Hill, director of public health at Brighton and Hove City Council, said: “We are working with the UK Health Security Agency (UKHSA) and Hove Park School following the death of a pupil who attended the school.

“We offer our heartfelt condolences to the family, friends and the whole school community, who will all be deeply affected by the very tragic loss of this young child, and we are providing our support to them at this incredibly sad time.

“While we cannot comment on individual cases, we ask that the privacy of the family is respected.

“I would stress that contracting iGAS disease from another person is very rare. Most people who come into contact with group A streptococcal infections remain well and symptom-free – and therefore there is no reason for children to be kept home if well.

“However, if you feel that your child seems seriously unwell please contact NHS 111.”

Strep A (group A streptococcus) is a common bacteria which causes a range of infections including scarlet fever.

Its symptoms include aches, nausea, a sore throat, a rash and fever. The full list can be found here.

Scarlet fever is usually a mild illness but it is highly infectious – and infections across the UK, including in Brighton and Hove, are higher this year.

Early treatment of scarlet fever with antibiotics is important to reduce the risk of complications such as pneumonia or a bloodstream infection.

In very rare cases, strep A bacteria can cause a more serious illness known as invasive group A strep where hospital treatment may be required.

These infections are caused by the bacteria getting into parts of the body where it is not normally found such as the lungs or bloodstream.

Dinesh Sinha, chief medical officer for NHS Sussex, said: “Infection with strep A bacteria usually causes a sore throat, scarlet fever or skin rash and is passed by physical contact or through droplets from sneezing or coughing.

“In very rare cases, the infection can become invasive and enter parts of the body where bacteria aren’t normally found which can be serious.

“I would stress that most people who come into contact with strep A infections remain well and symptom-free and most illnesses that are caused by it are mild.”

Dr Sinha added: “Anyone who feels their child is seriously unwell should contact NHS 111.”