Brighton man left homeless with nothing after violent robbery in Spain

A Brighton man was left homeless and with no possessions after a violent robbery in Spain.

Richard Martin, 53, a university lecturer and English tutor, was repatriated and is now sleeping rough on the streets on Brighton.

He is trying to find a home and a job, crowdfund for financial help and get his life back on track. To donate, click here.

Mr Martin, who went to Sussex University, said: “I don’t mind what I do. I just want to get off the streets, begin my life again and be useful.”

He praised “people in the voluntary and homeless support sectors who are doing such amazing work” and thanked the Argus newspaper for help with his claim for benefits.

In his crowdfunder on Go Fund Me, Mr Martin said: “Last year I was the victim of a violent armed robbery and assault in Spain.

“As a result, I lost everything, including every penny in my bank account, my laptop, my phone, the key to a storage locker, containing all my possessions, and all of my front teeth.

“I became homeless overnight. After two months living on the streets, without even a change of clothes, I was able to return to the UK due to a charity’s intervention.

“But now I’m homeless in Brighton and hoping to raise enough money to begin to start a new life.

“I’ve worked all my adult life, paid my taxes, contributed to the welfare system and even created jobs.

“But after nearly 15 years of working abroad I was told upon my return to the UK at Christmas that I would not be eligible to receive benefits for at least three months and that it might take as long as six months for the council to find a way to house me.

“Despite my circumstances, despite the robbery, despite my GP’s diagnosis of complex PTSD, this is what they said. I was refused emergency accommodation.

“I’m still a rough sleeper, living on the streets in Brighton during winter, but with the intervention of the Argus I’m now going to be able to claim benefits sooner than expected and hope to return to work soon so that I can find and pay for decent housing.

“I’m starting my life from nothing all over again, aged 53. In Spain I was working as a university lecturer and English tutor (I have three degrees from the University of Sussex).

“But to be honest any offer of employment or housing would be extremely welcome right now, as well as any donation.

“I don’t mind what I do. I just want to get off the streets, begin my life again and be useful. 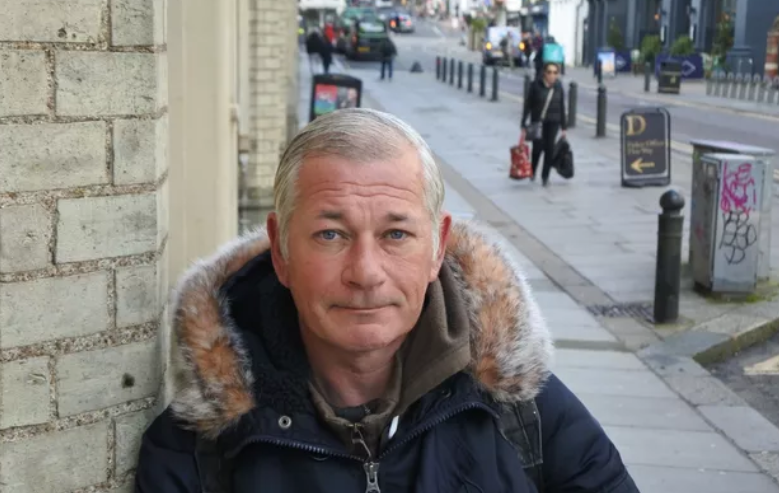 “I’ve lost absolutely everything but what I’ve learnt from that experience has been life-changing.

“Despite the harshness of current government policy towards people like me who’ve been making their living outside the UK and who’ve had to return due to bad luck, illness or for reasons related to Brexit or the ‘cost of living crisis’, I’ve learnt how many kind people there are out there in Brighton and Hove who are willing to listen, help in small ways and be generous with their time.

“This has kept me going through the freezing nights, the wind, the rain, the cold and the often blasé attitude of people in powerful positions who’ve turned me away when their job titles would make you think they’re supposed to provide help.

“When this is all over, eventually, I want to give back something to the homeless community and the people in the voluntary and homeless support sectors who are doing such amazing work.

“Without support from places like First Base, Project Antifreeze, CGL, St Peter’s Church and others – there are too many to mention – there would have been many more dead homeless bodies on our streets this winter.

“But even more, I want to publicise the harsh reality facing UK citizens returning from abroad after Brexit and to advocate against current government policy which has forced me (and countless others up and down the country, with many more to come) into street homelessness without receiving any kind of benefits for up to three months.

“This is wrong. It forces people who are already destitute (many with mental health problems) into begging to survive.

“And in an advanced modern democracy, like the one we live in, this is inhuman and needs to stop now.

“If I can publicise this issue or even do something to change policy in this area in the future, then I will do it.”