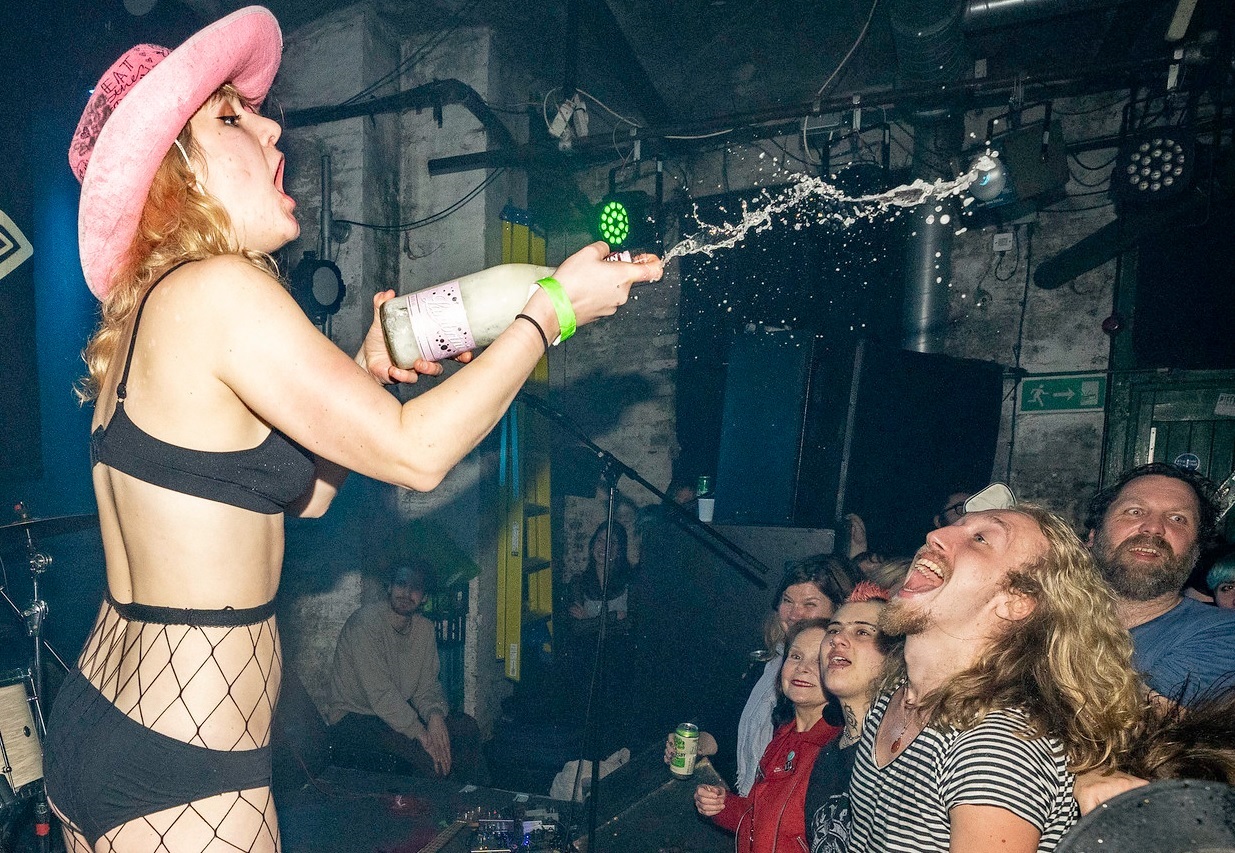 It is a truth universally (well, locally) acknowledged that the Green Door Store’s anniversary parties are must-see events. The alternative gem nestled under Brighton station pulls out all the stops for its birthday gigs, bringing in fast-rising bands and firm local favourites, and this year’s celebration was no different. Naturally, it was packed. 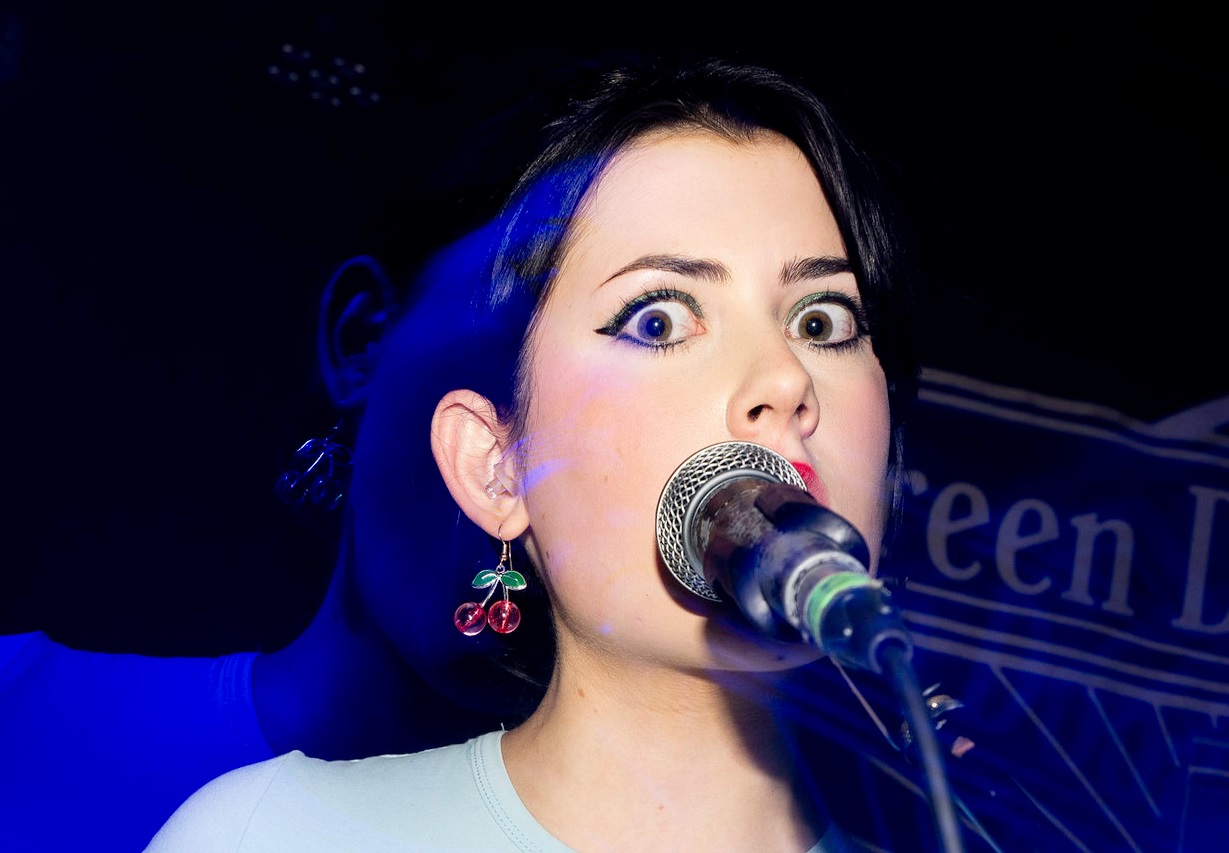 Soon-to-be local legends Lambrini Girls headlined the show, alongside a trio of fabulous bands from across the rock spectrum. 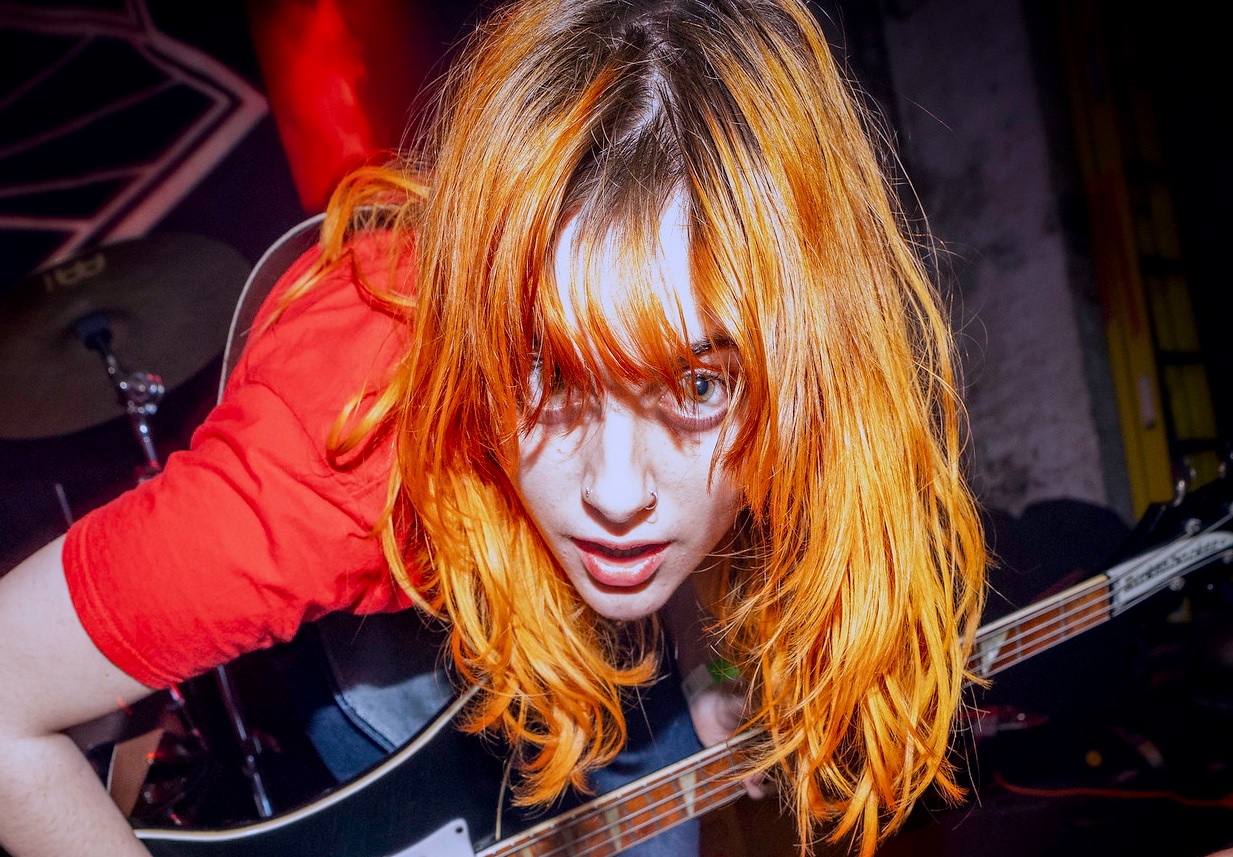 Even in a city as progressive as Brighton, a rock lineup in which none of the bands consist exclusively of mopey white men is still a rarity, and seeing such excitement for female-fronted independent artists still brings me joy. 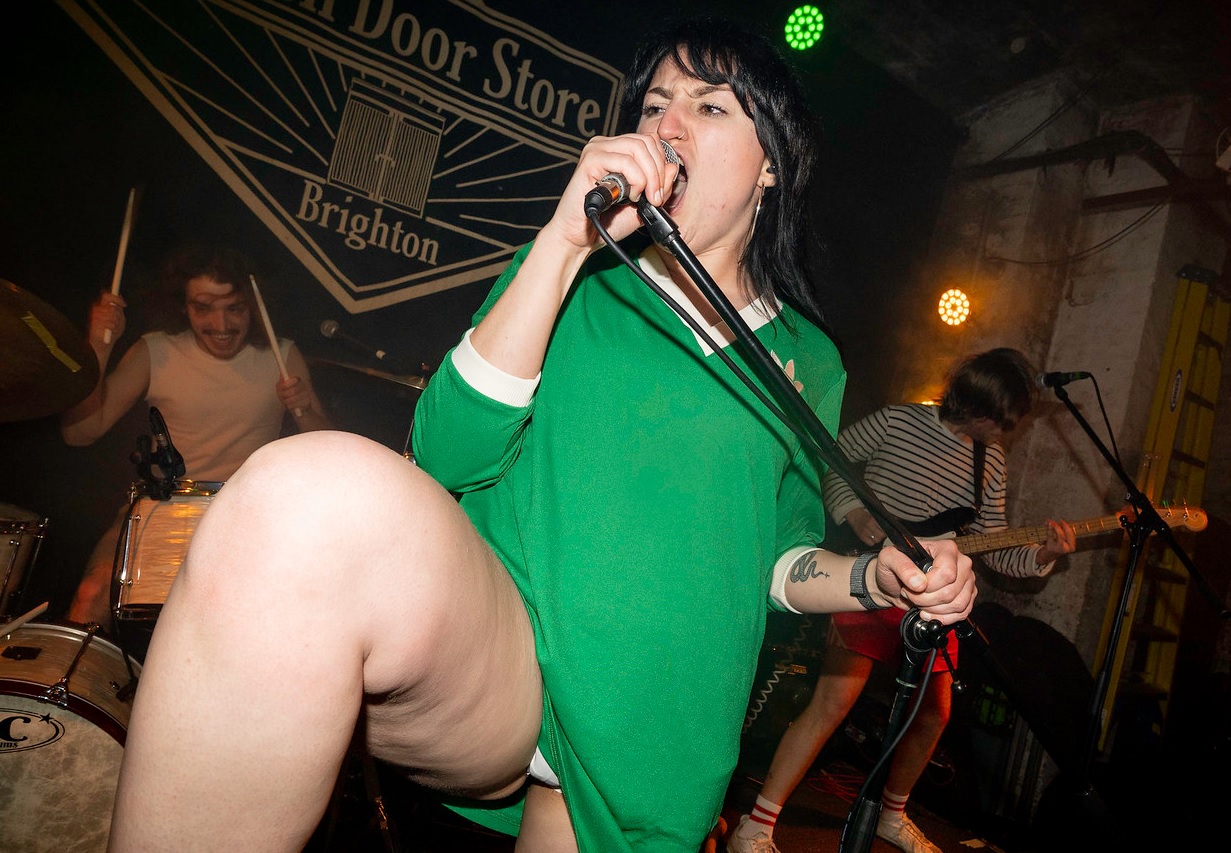 If your lineup is good enough to get people down to an independent venue at 6pm when the bands don’t start until 7:30, you’ve probably got lightning in a bottle, so kudos to promoter Meg Thomson for having immaculate taste. 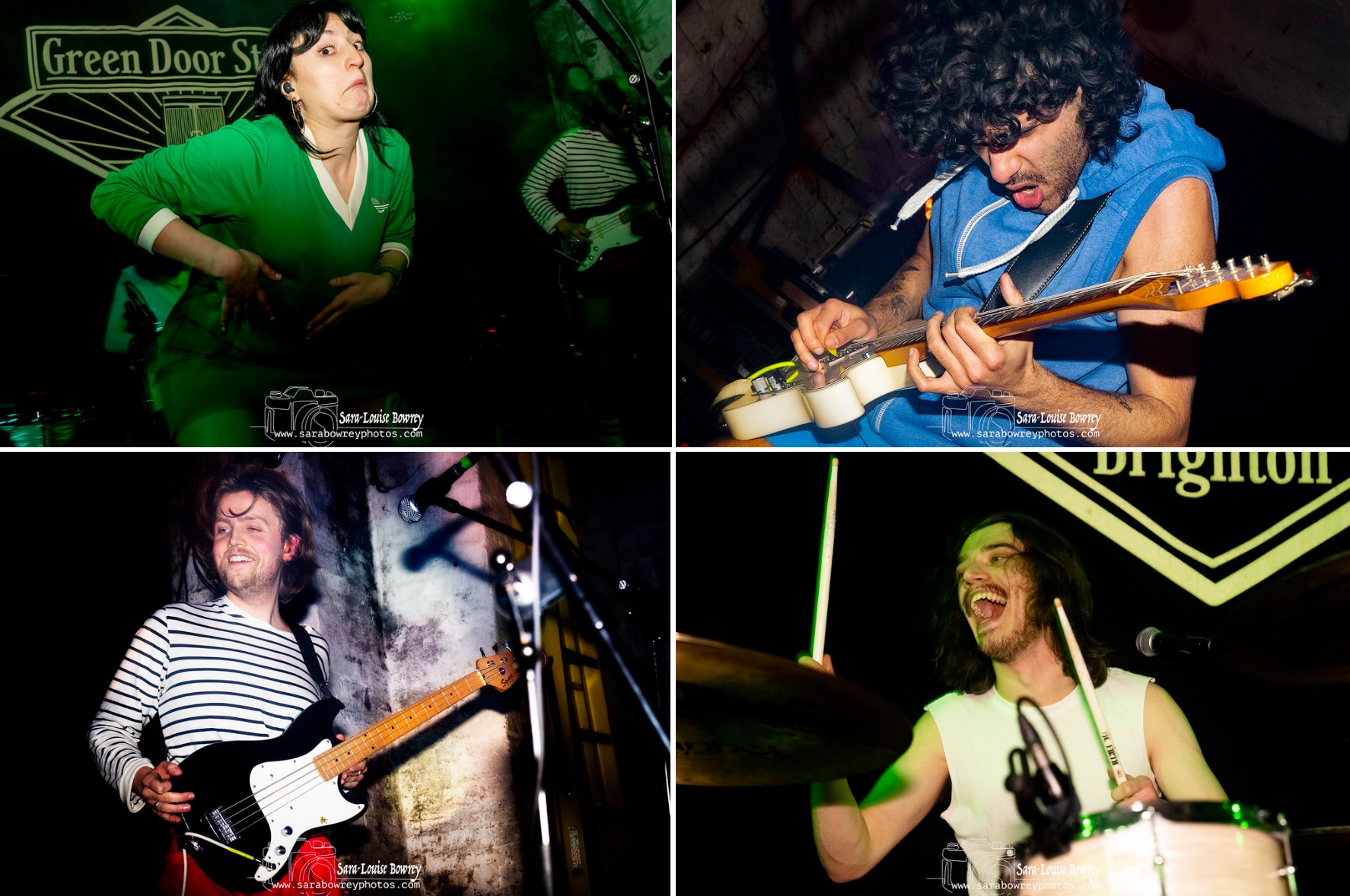 congratulations (stylized with a lowercase ‘C’) kicked off the show with a riotous start. The fuzz rock four-piece are pretty new, but they’re bubbling up on the Brighton live circuit – very justifiably so, might I add. With Greg Burns of Sit Down fame on bass, I knew I’d be treated to some delightfully rumbly riffs, but what stunned me was congratulations’ frontwoman. 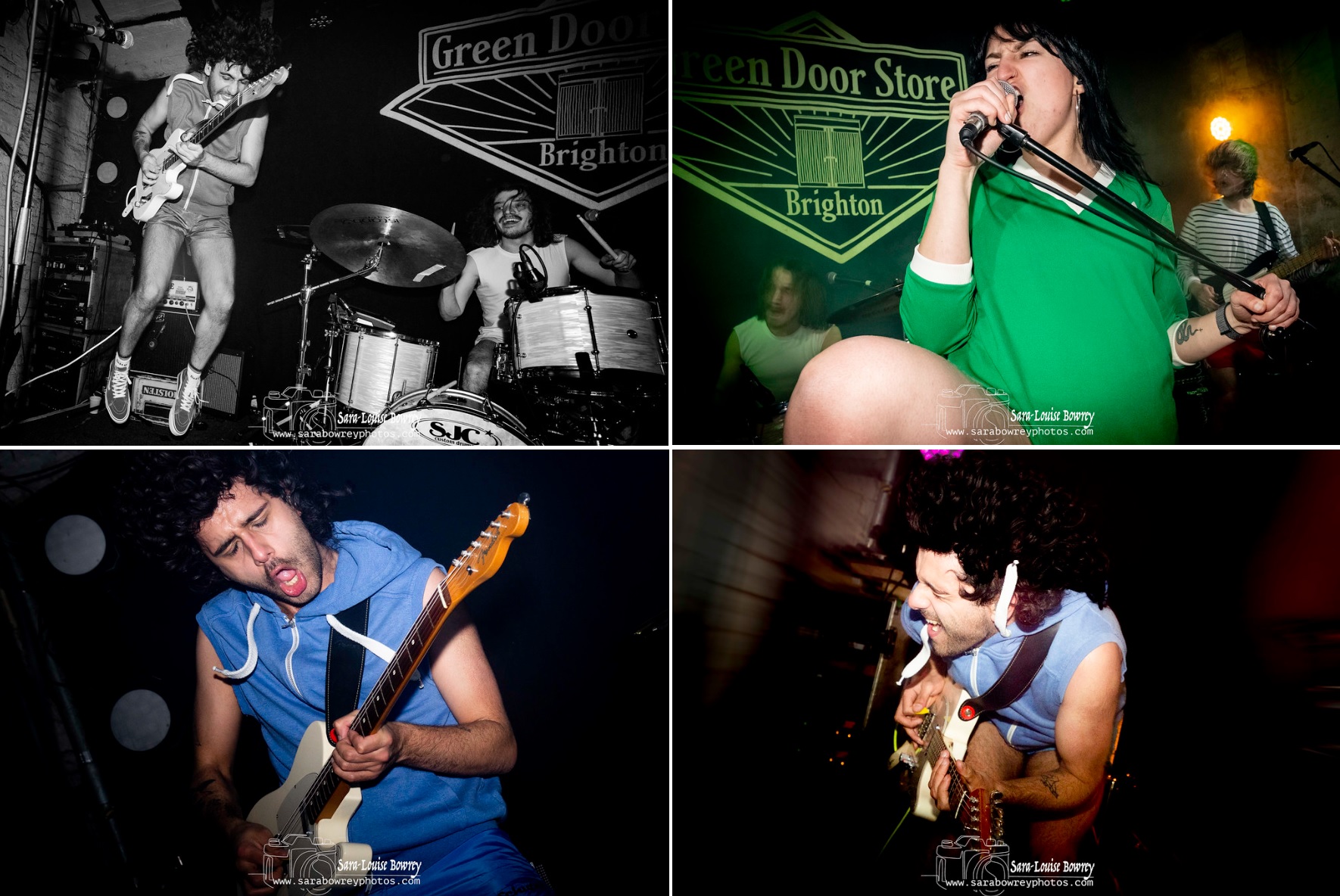 Leah Stanhope’s voice is one of the best on the scene, no questions asked. For starters, she can hit high notes like few in the rock world, her vibrato lending tracks like ‘Zeitgeist’ a proper dramatic flair in the vein of old goth rock. 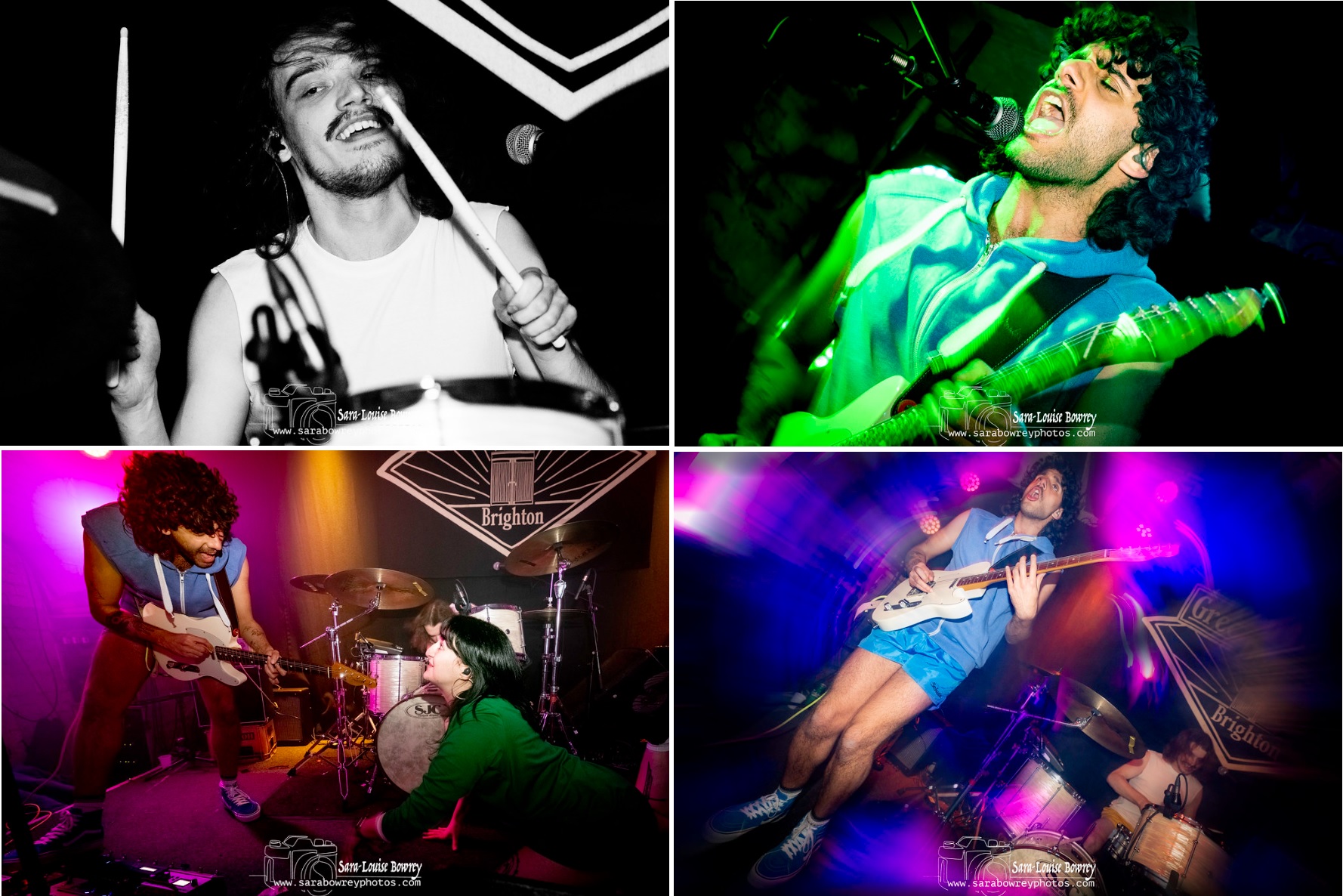 Early birds at the Green Door Store who caught their set in full were treated to breakbeats, time signature-changing shenanigans, and authentic metal vocals every now and then. The diversity of their sound is truly unrivalled. Opening up a gig this packed would fill some new bands with dread, but congratulations proved to the masses why their star should shine in 2023. 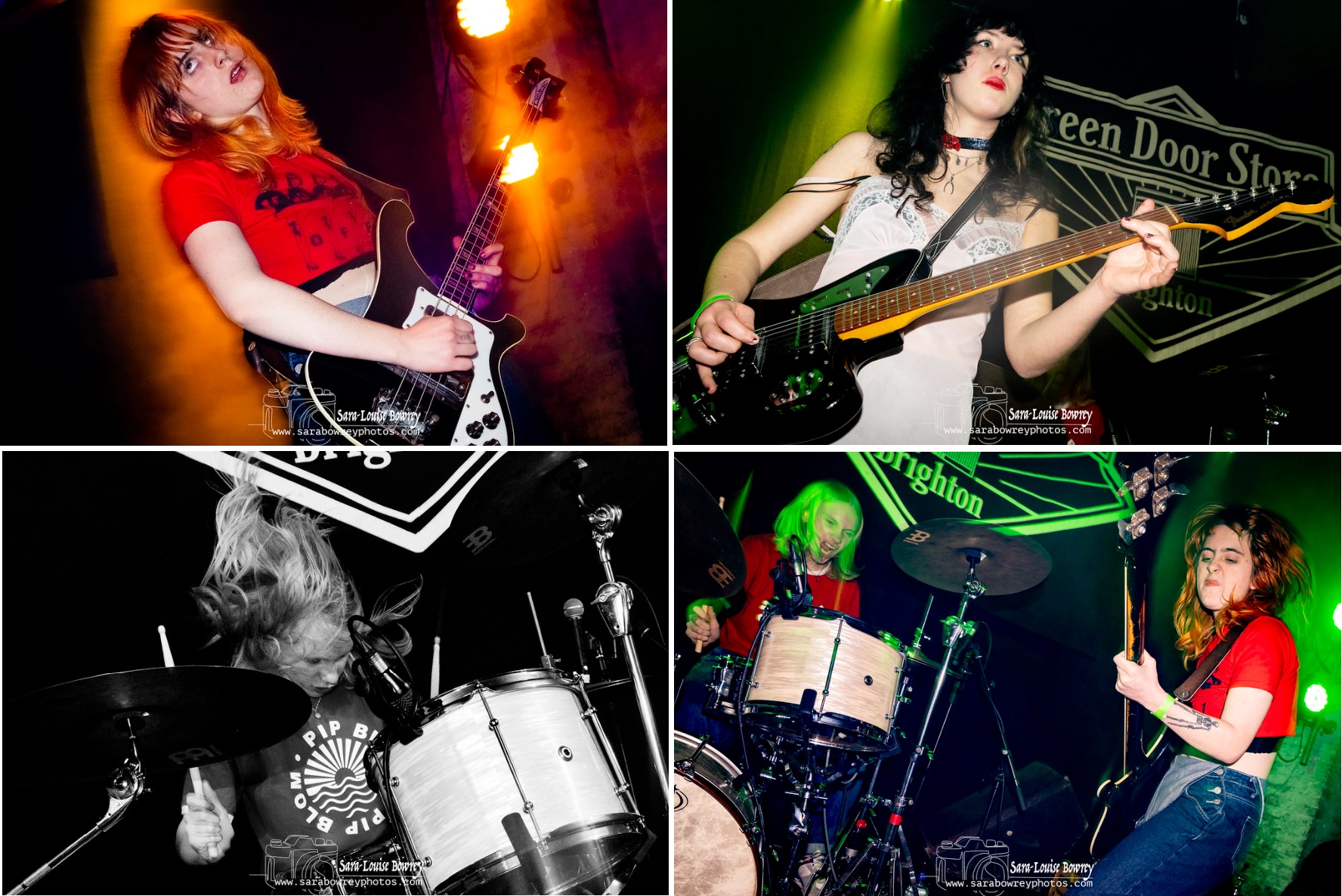 After such a killer start to the show, I didn’t expect to be as bowled over by HotWax, purely because I’m not as big on the psychedelic tinges that bleed into their sound. 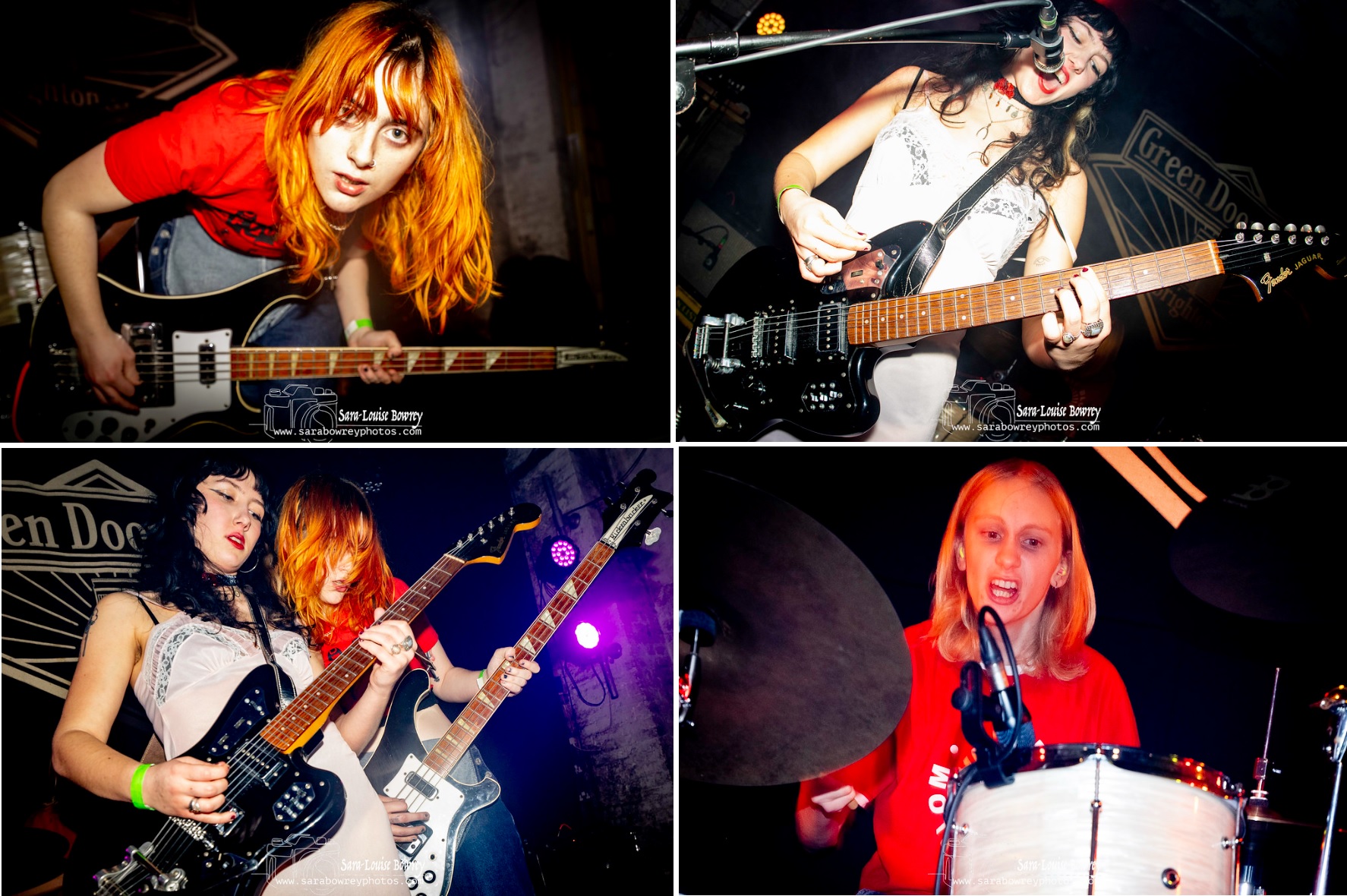 However, I can hold my hands up and admit when I’m wrong. Something clicked for me in the Hastings trio’s set that just hadn’t been there at previous gigs. Perhaps it was their sound, seemingly turned up to eleven to satiate the ever-growing crowd and more ferocious than ever. 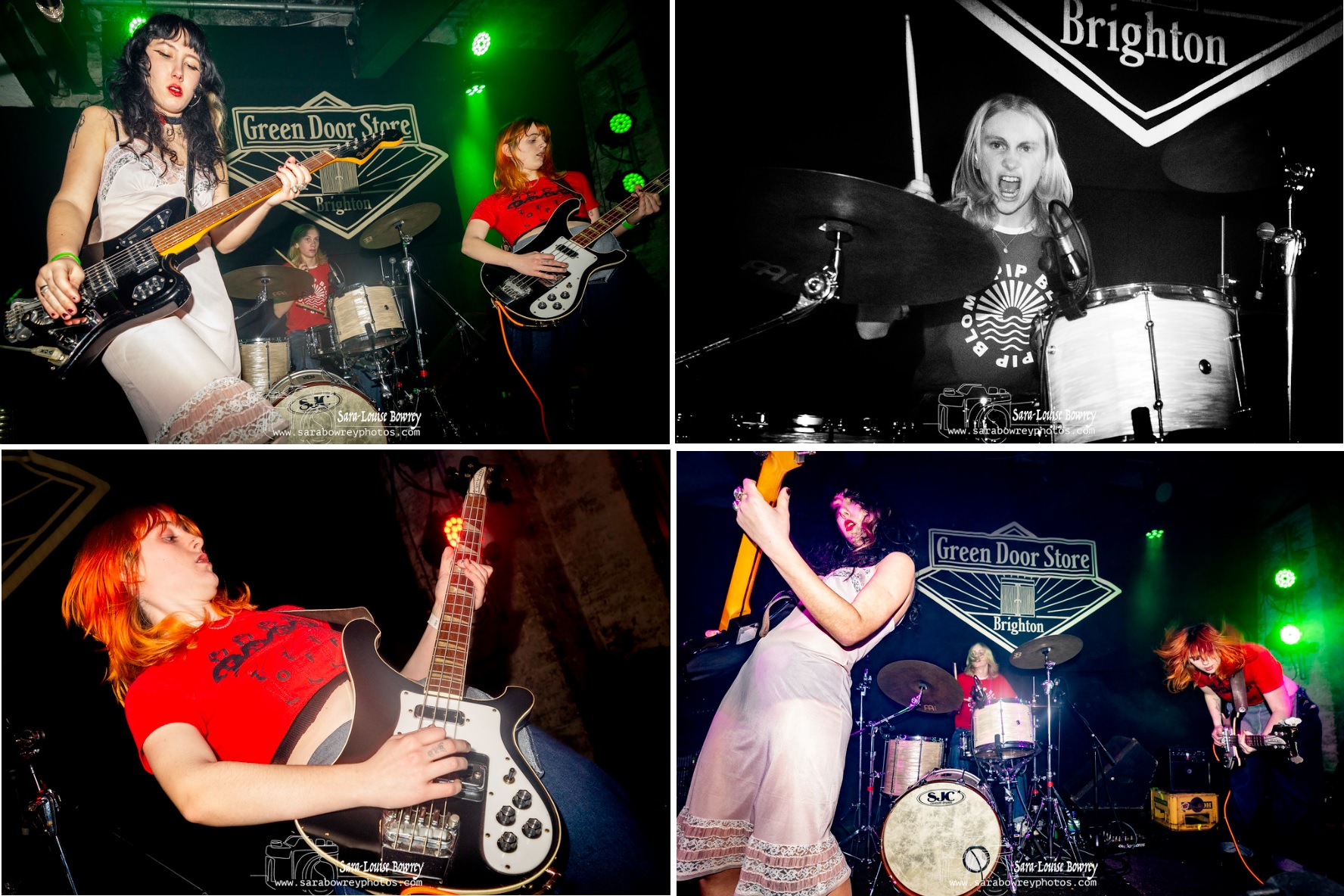 The snarling vocals of Hot Wax’s Tallulah rang right out to the bar, vicious and unapologetic. What stood out more, though, was the atmosphere they created. Tracks like ‘Stay Cool’ and ‘Barbie (Not Yours)’ got the crowd moving, but their doomier songs laden with swirling pedal effects commanded the rooms’ attention in a remarkable way. Emanating effortless cool, HotWax aren’t a band that need to go crazy onstage, letting their tunes do the talking. 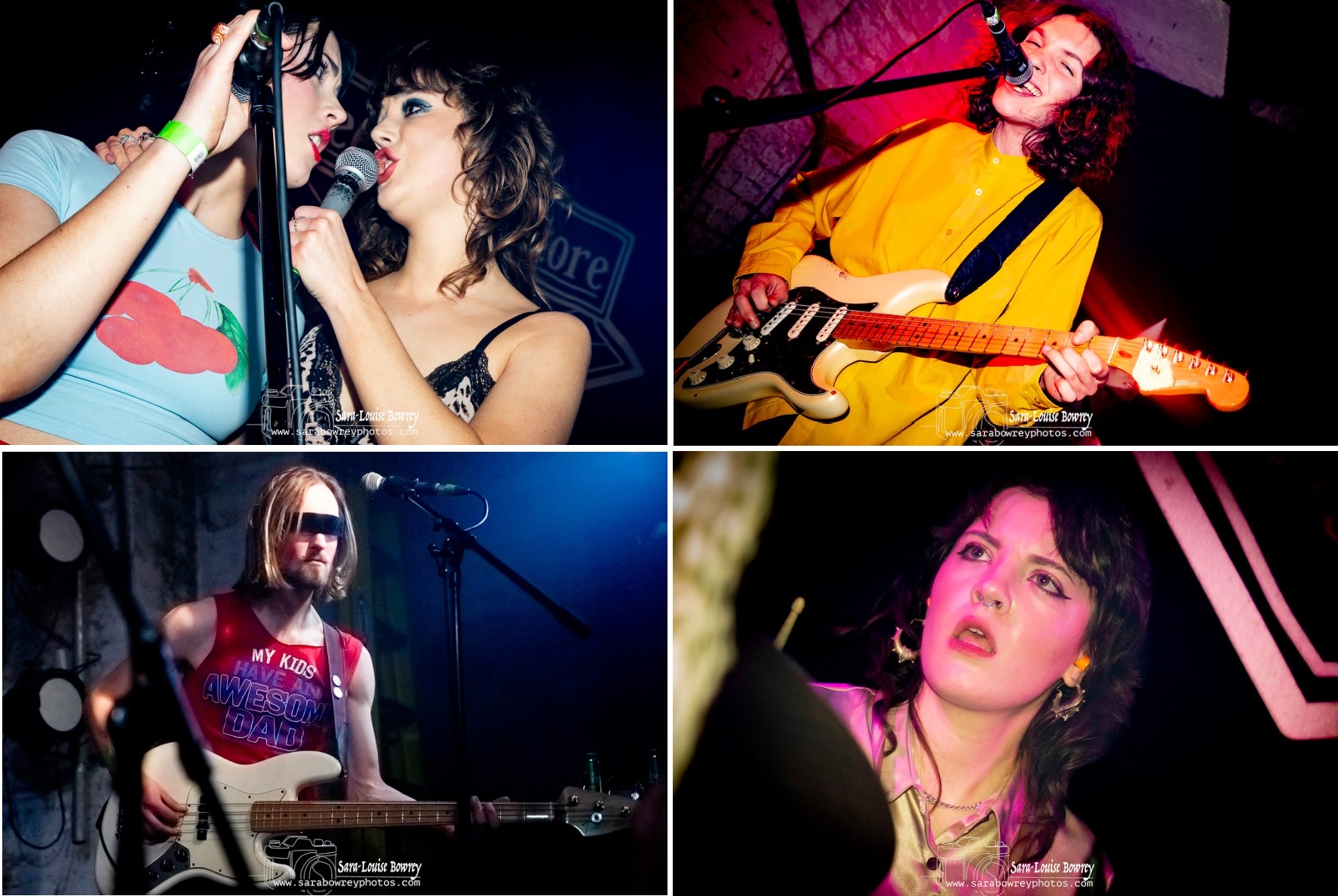 Slant (stylized in capitals as SLANT) followed up, picking up the pace with their retro-tinged party starter ‘La Danse’. The quintet’s propensity for taking the audience by the hand and guiding them into the groove made Slant a perfect fit for Green Door Store’s birthday bash. They were probably the poppiest act on the lineup, borrowing from the pop-rock of the early 80s for tracks like ‘Eat The Moon’. 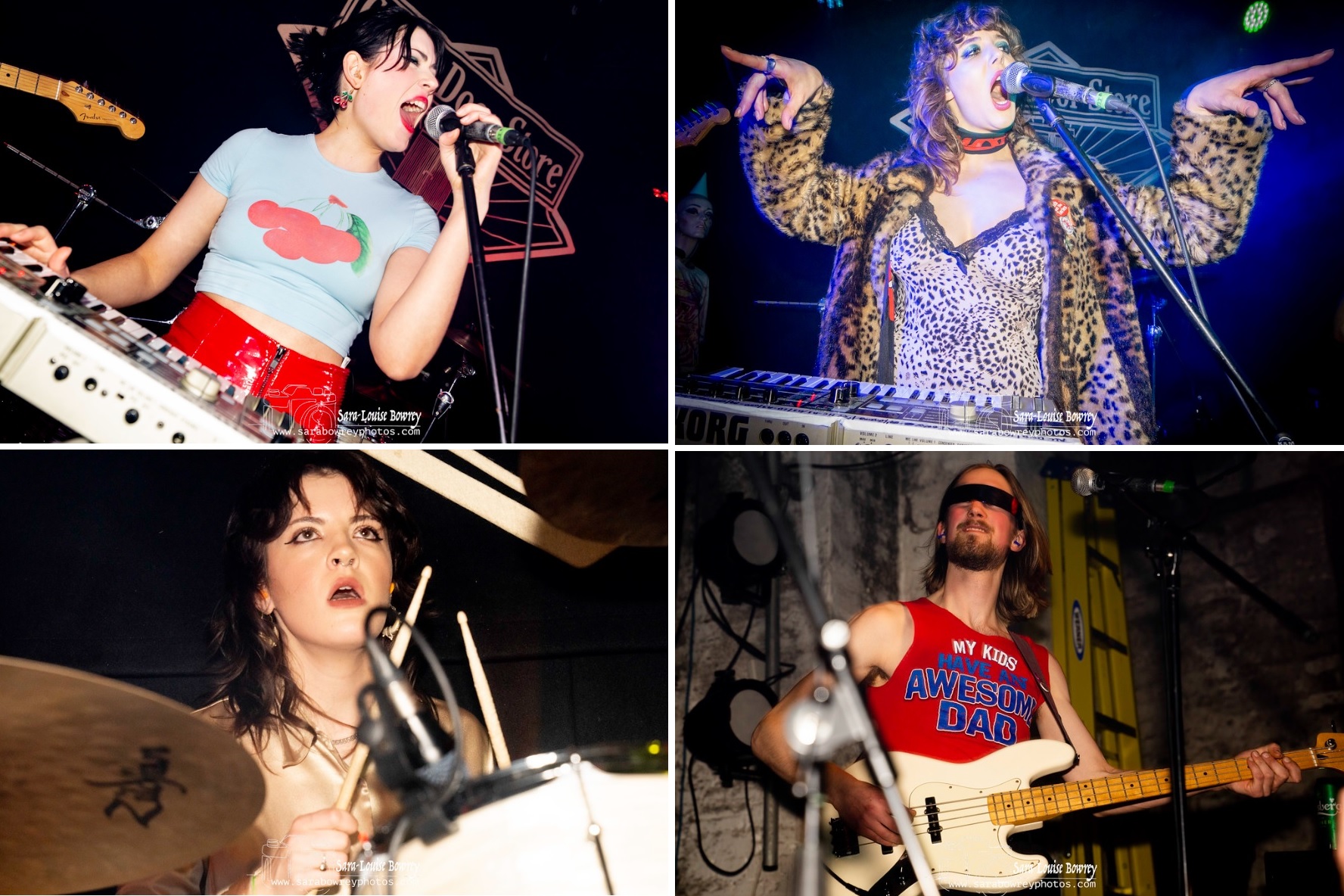 According to the band, though, they’re as inspired by the heyday of Riot Grrrl as they are by power pop, and a listen to their lyrics will affirm this influence. The wit and pinpoint accuracy of their social commentary has come on magnificently in newer releases. 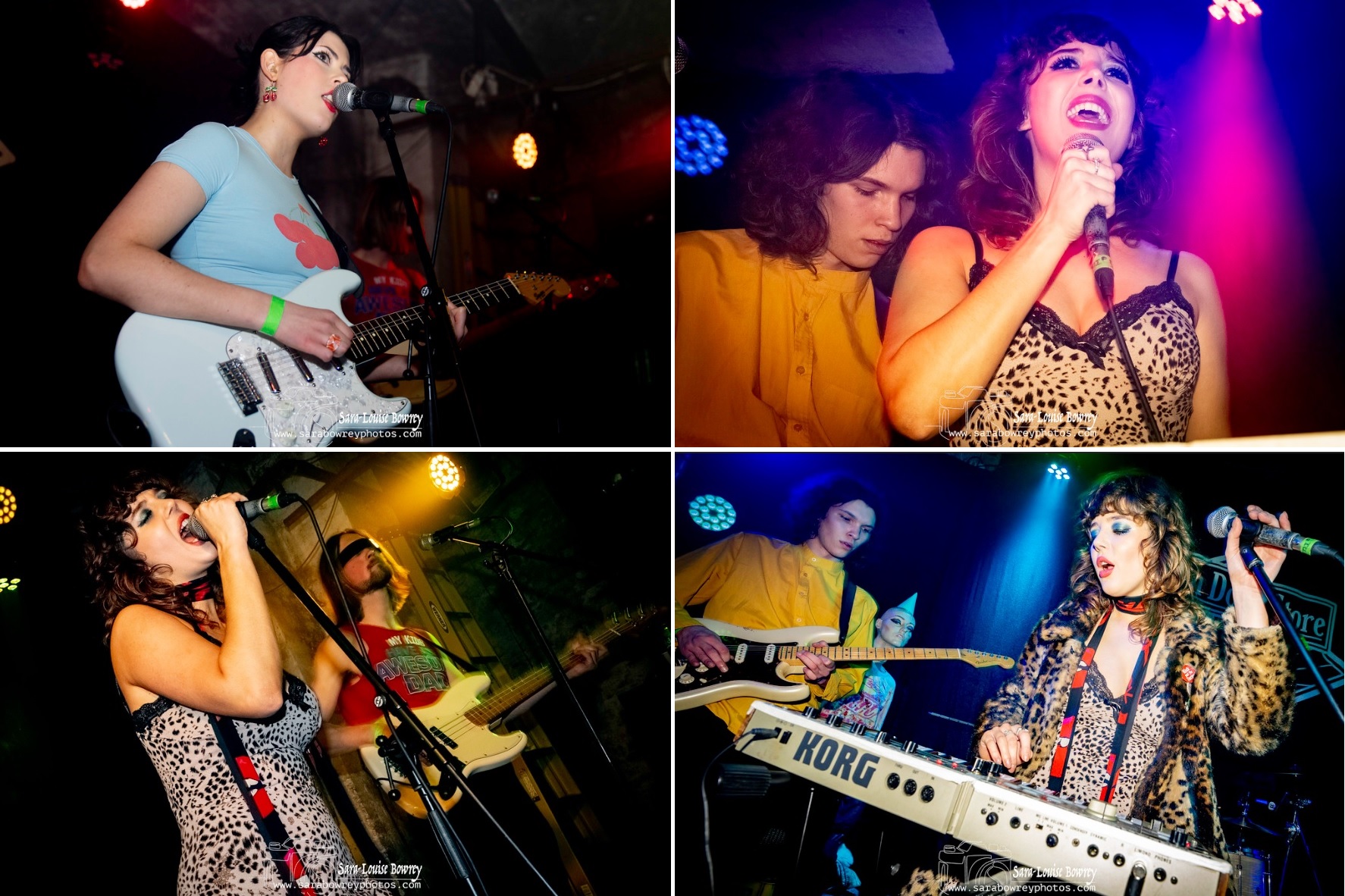 ‘Running Machine’ stood out as a track I hadn’t heard before but instantly fell for. It just had everything I like in a song: lyrics on beauty standards delivered with wonderful snark, a chaotic soundscape crafted by the band’s Korg, and a cowbell. Punk rock needs more cowbells and I will die on this hill. 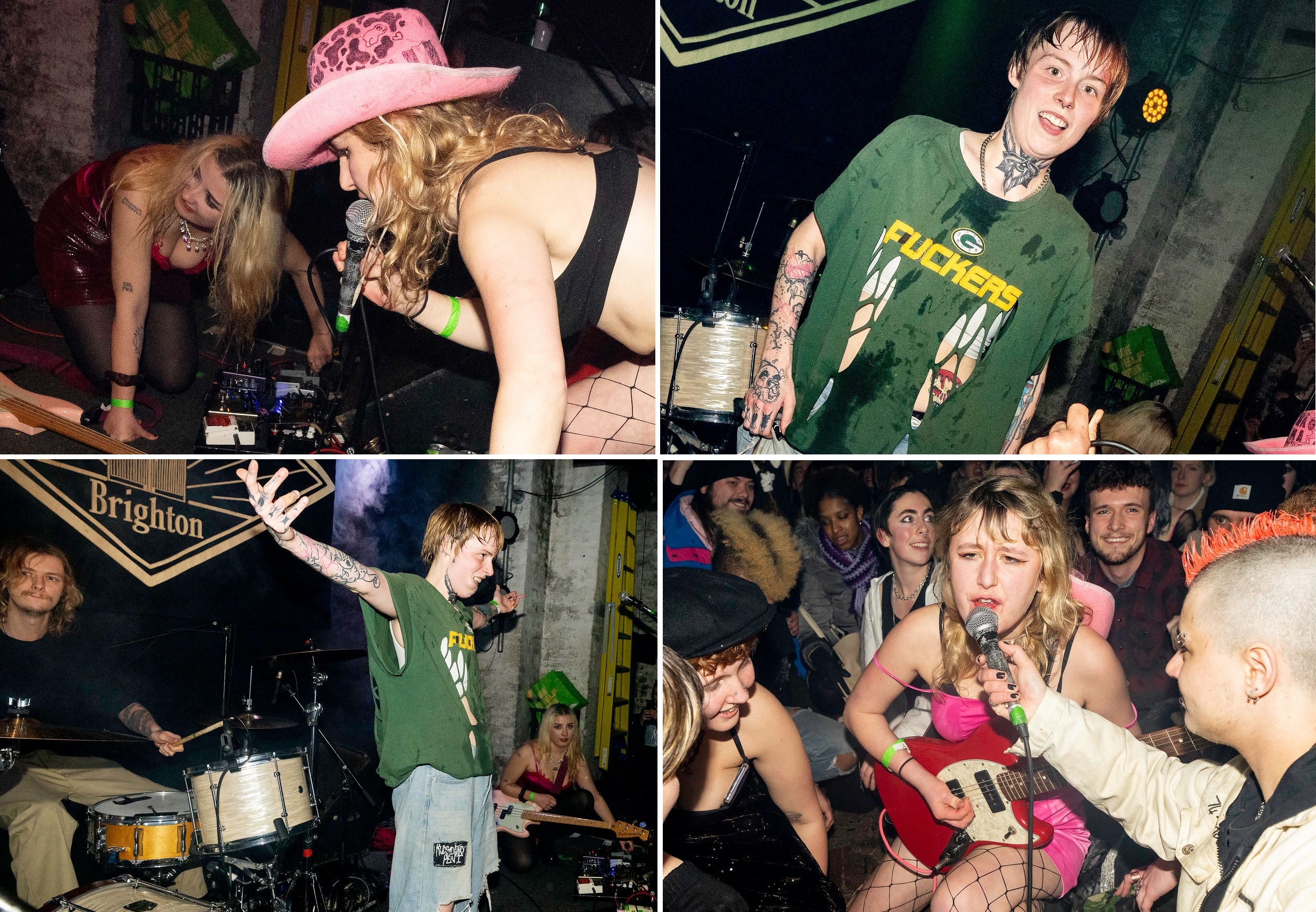 By the time Lambrini Girls’ headline set was imminent, the hype in the room had reached a fever pitch. For those who’d seen the punk trio before and were in the know about the absolute chaos about to greet them, the excitement was palpable, and those who’d only heard rumours were clinging to the walls with baited breath. 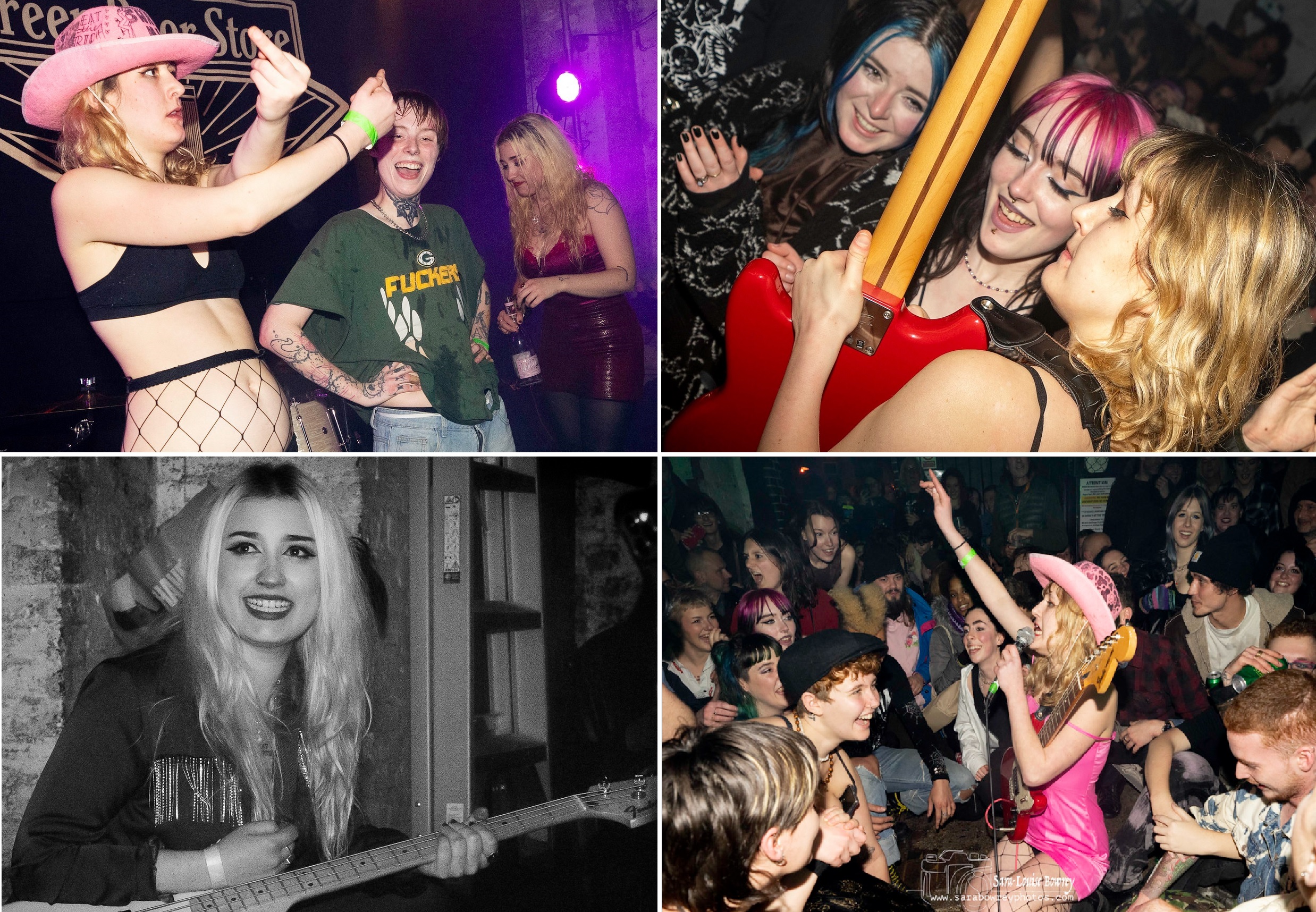 What did Lambrini Girls give us? A Skrillex interlude, for starters, but also some killer new songs that weren’t to be missed. The irreverent yet self-aware ‘F*ck Myself’ kicked off the set as per, defying dry January with a wry smile and chatty vocals, before fan favourite ‘Big Dick Energy’ got the mosh pit going in earnest. The night also featured an early performance of new single ‘TERF Wars’. 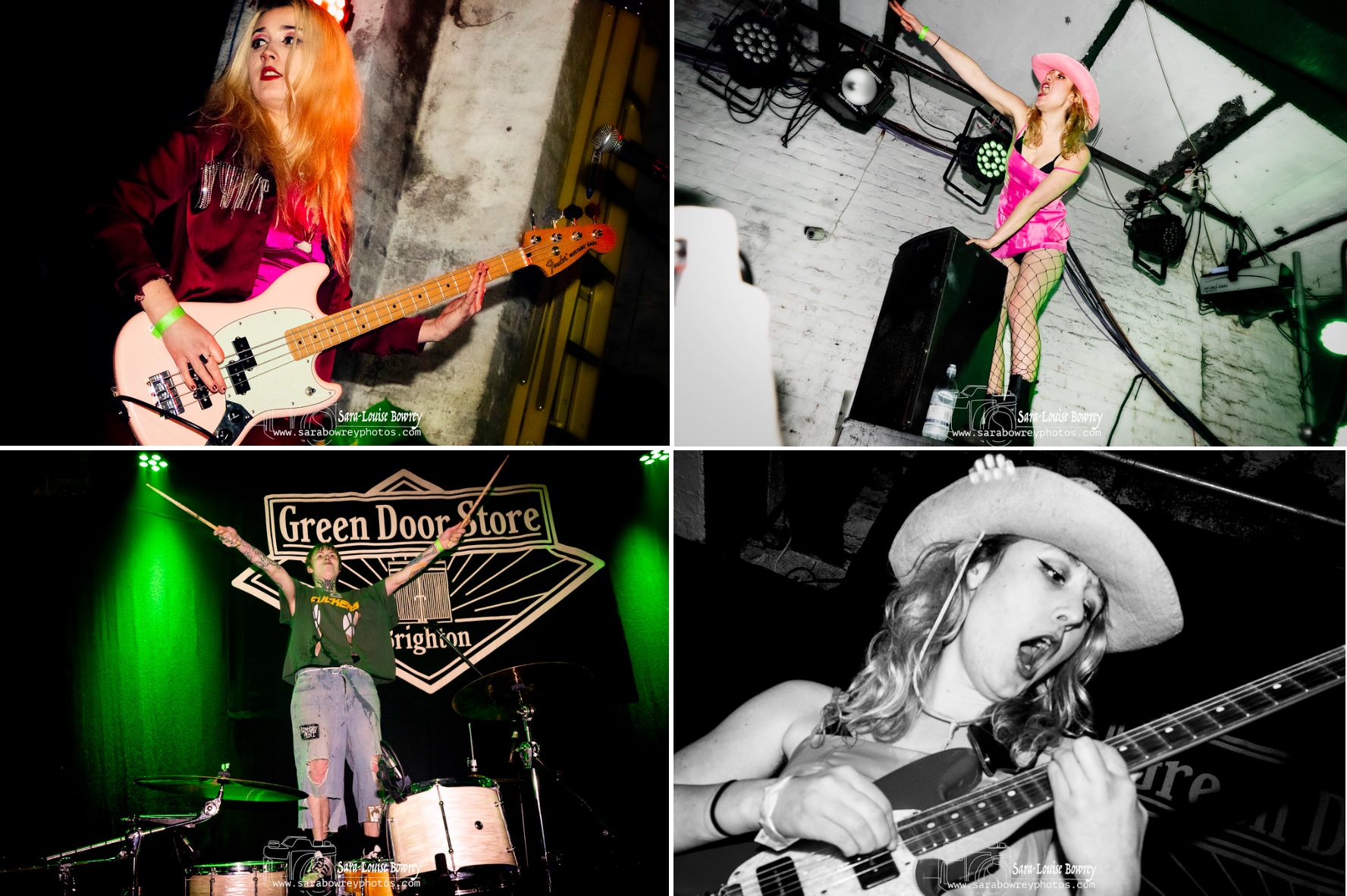 In a climate of growing hostility towards trans rights from more and more mainstream media outlets, an explicitly feminist band denouncing transphobia with line after showstopping line (personal favourites included “justify your hate with an Oxford education”) really does make an impact. 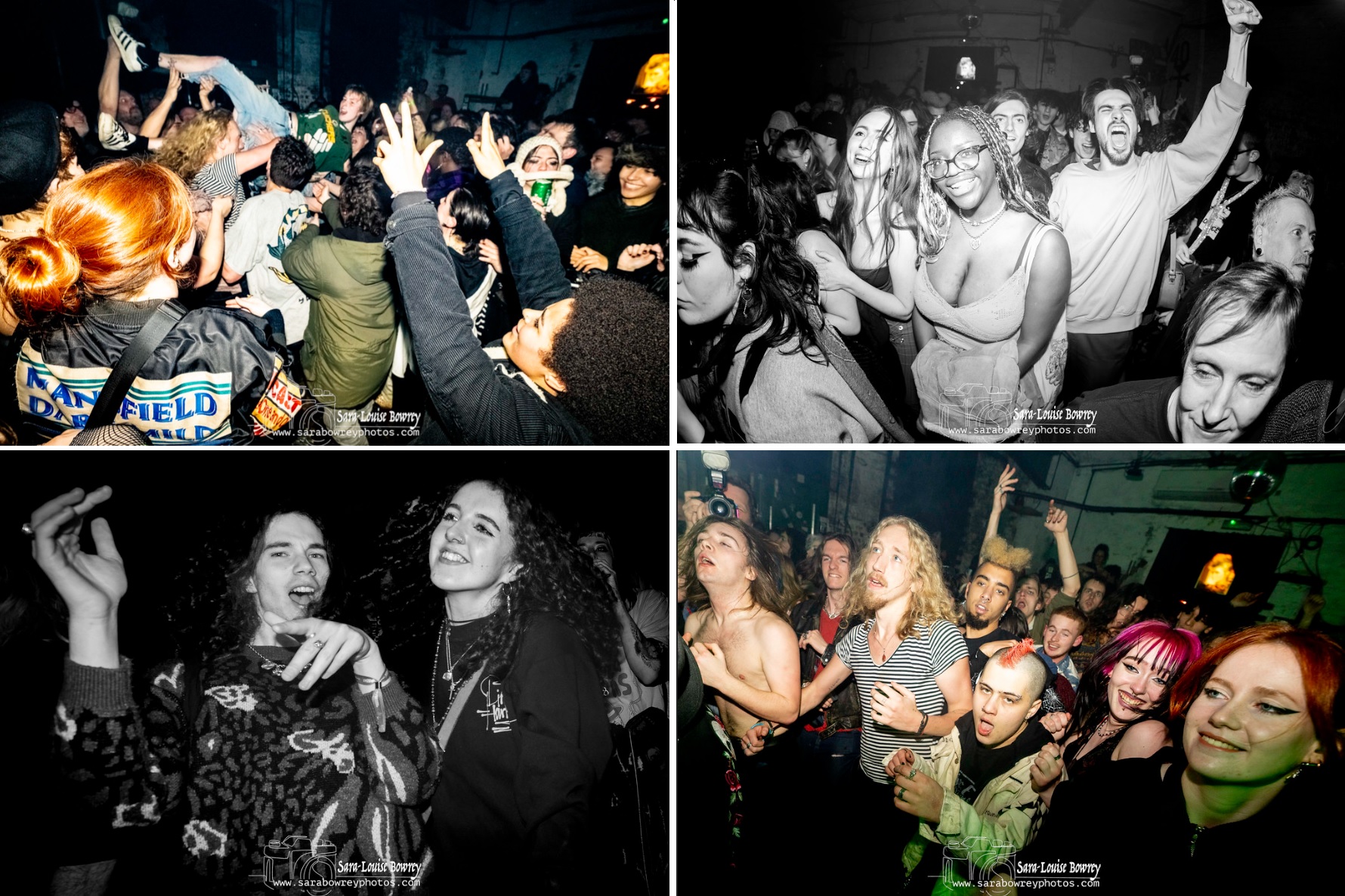 Even punters at the back of the venue couldn’t miss the whirlwind of a performance the band offered. Lambrini Girls have cultivated an image of true punk debauchery, and fans know by now that if they want to keep their valuables safe from the inevitable splashes of Lambrini frontwoman Phoebe Lunny tosses into the crowd amidst her meandering performances, the front row probably isn’t the best place to be. 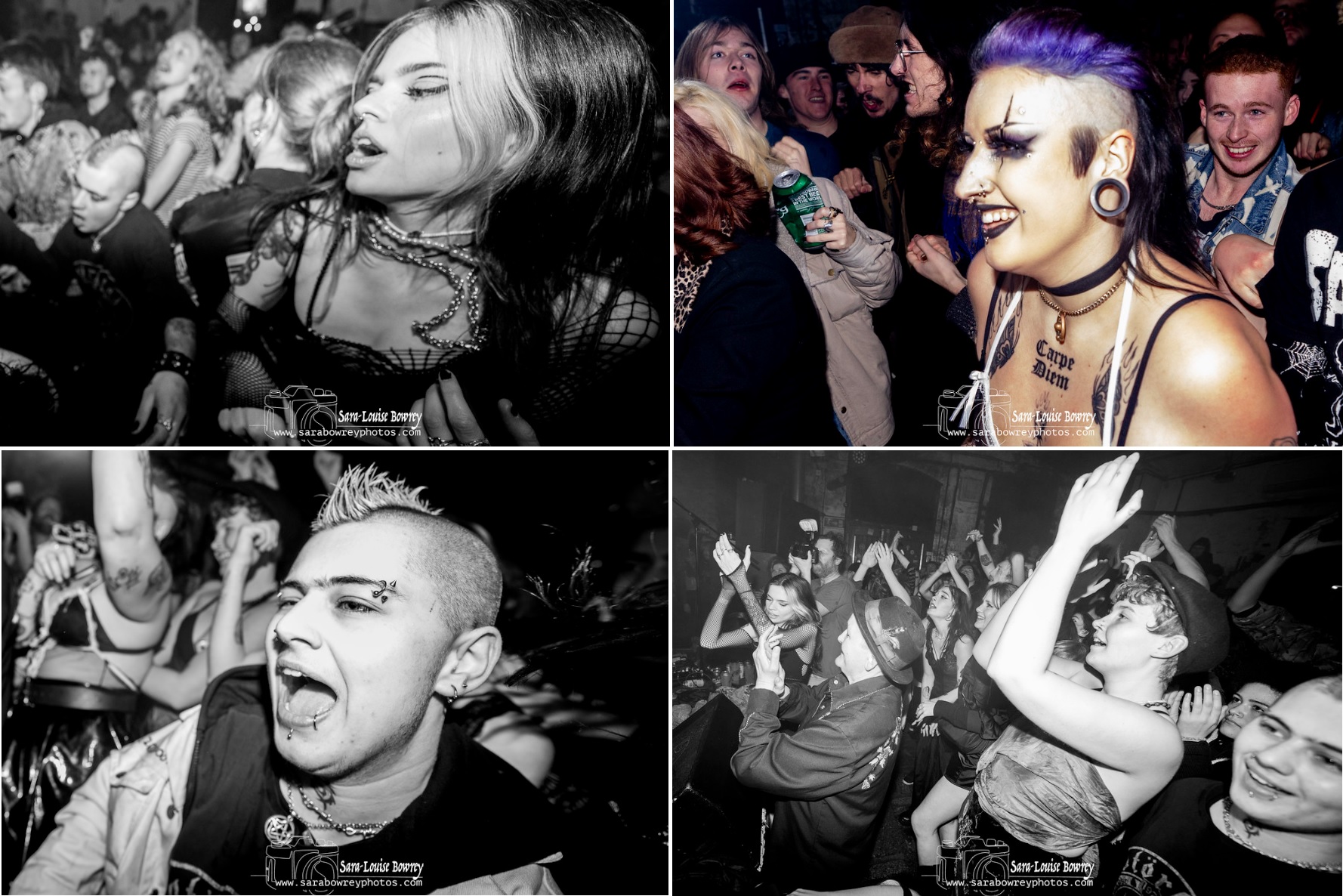 Before long, crowdsurfing was intense and moshing was frenetic. Lambrini Girls entertain audiences with far more than their antics, though, as they offered up some of their best material yet. Their performance of ‘White Van Man’ was one of their best I’ve seen, and I have seen a lot of Lambrini Girls gigs. 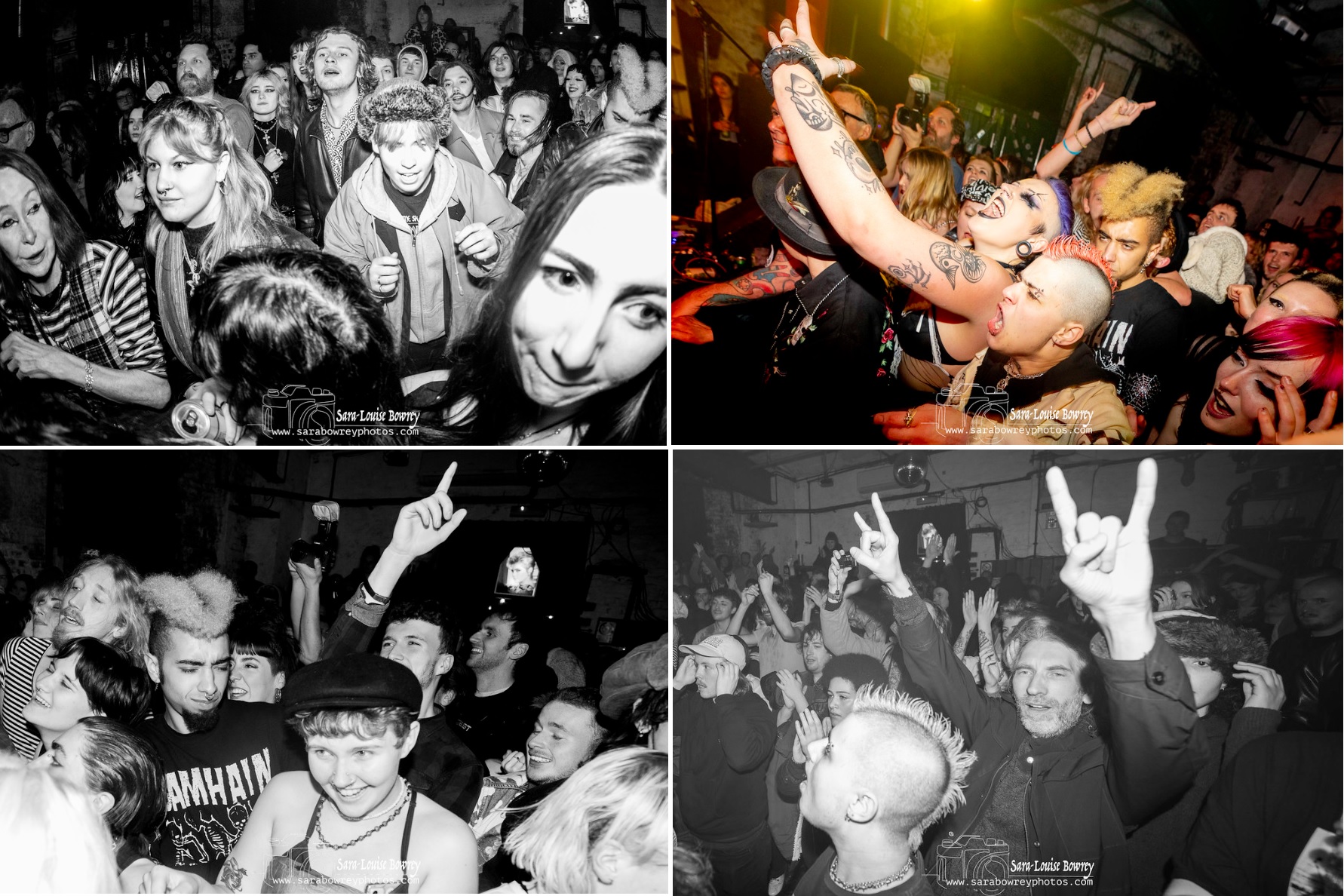 The song’s cliffhanger line came accompanied by oddly atmospheric guitar feedback, building electric tension before Lunny jumped up from her spot on the venue floor with the rest of the crowd. As you’d expect, a magnificent mess ensued. 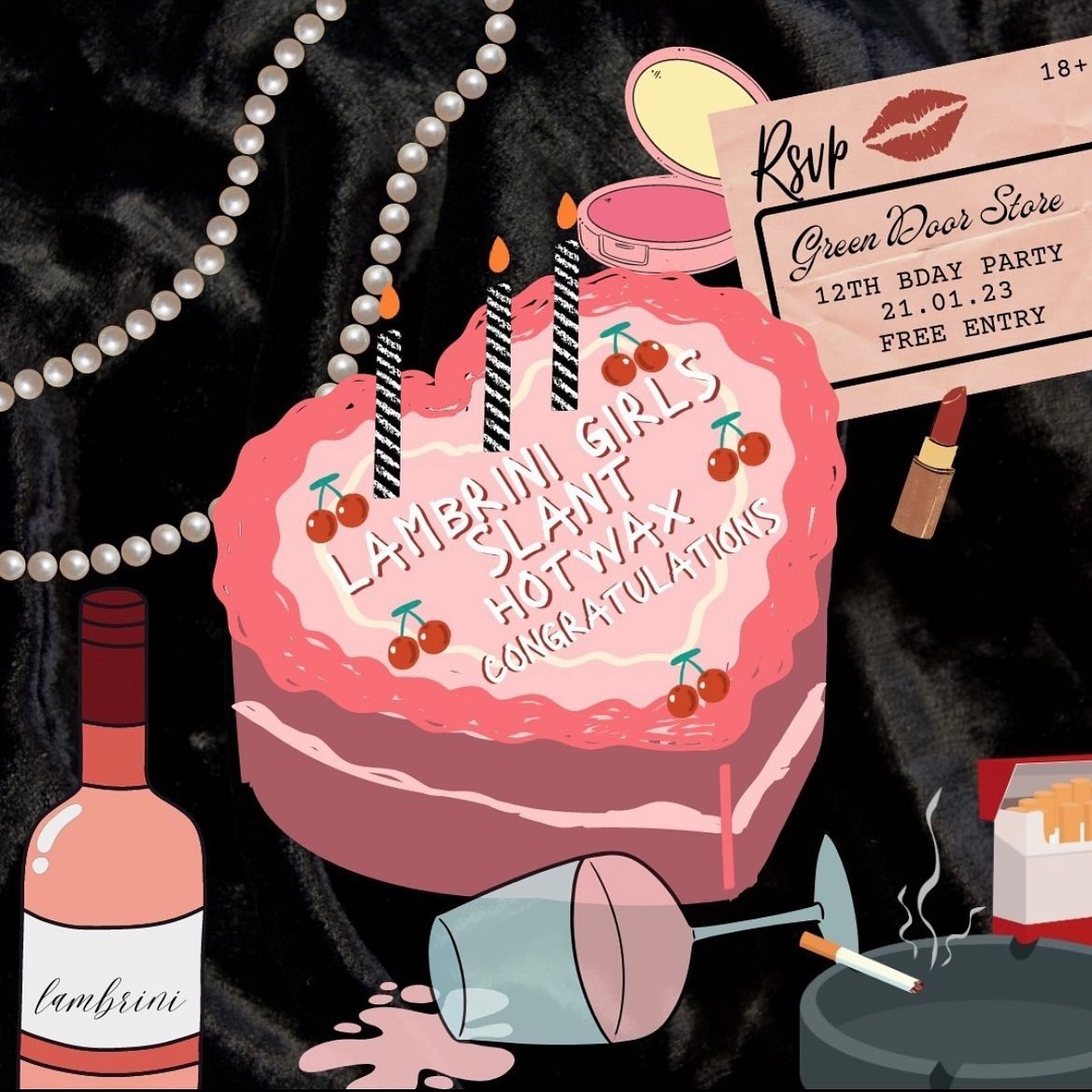