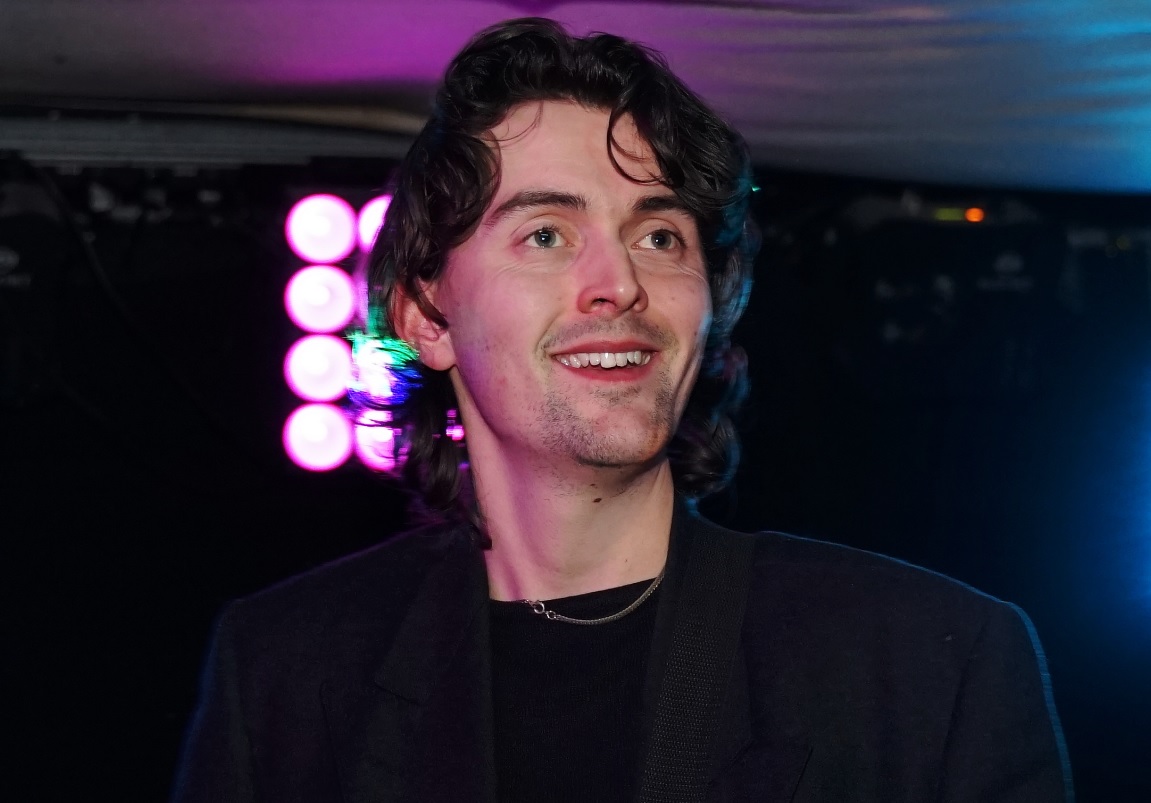 Triptych is an annual series of three music events and three EP record releases brought to you by Brighton’s finger on the pulse label and promoters ‘Love Thy Neighbour’. Triptych VI’ was held at The Hope & Ruin on Queens Road in Brighton on Thursday 19th, Friday 20th and Saturday 21st January. 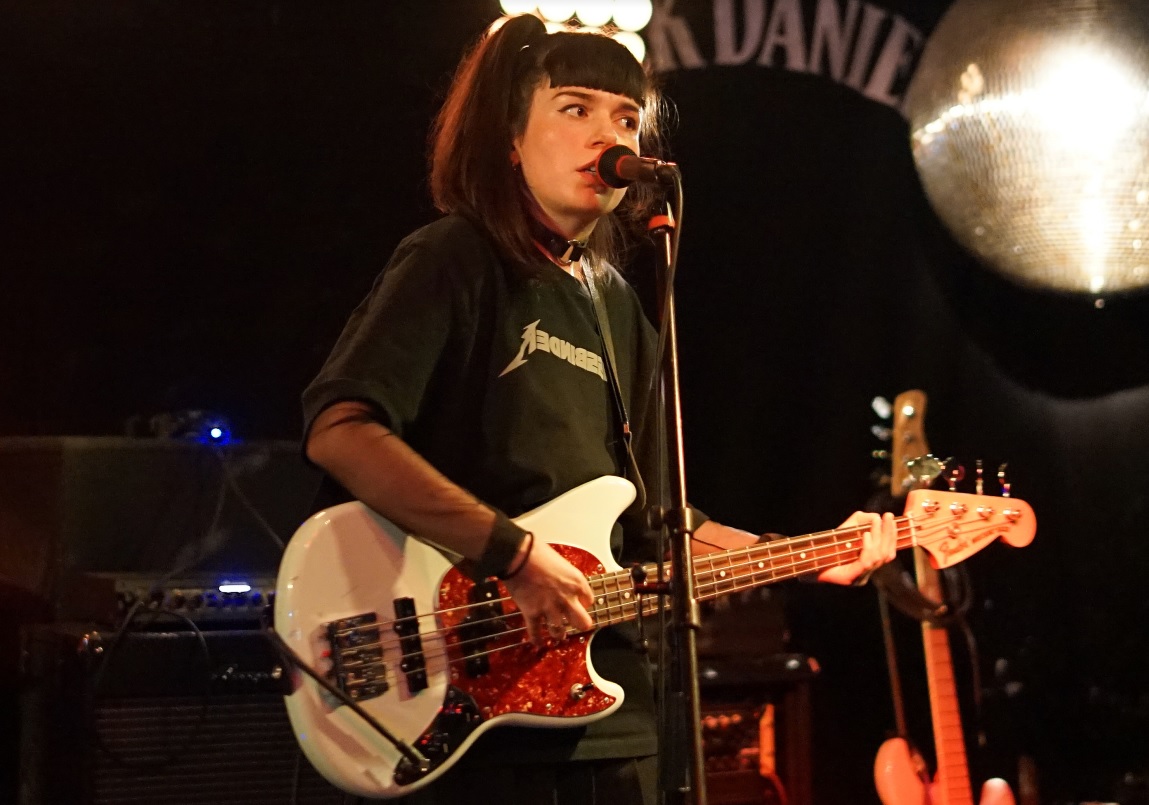 Over the past five Triptychs, Love Thy Neighbour have carefully selected a trio of its favourite artists and bands who all performed showcase sets on the night in question to eager Brighton music lovers who gathered on the first floor of the venue. The artists have always greatly varied in style, but have one thing in common, namely, they are all on the way up! 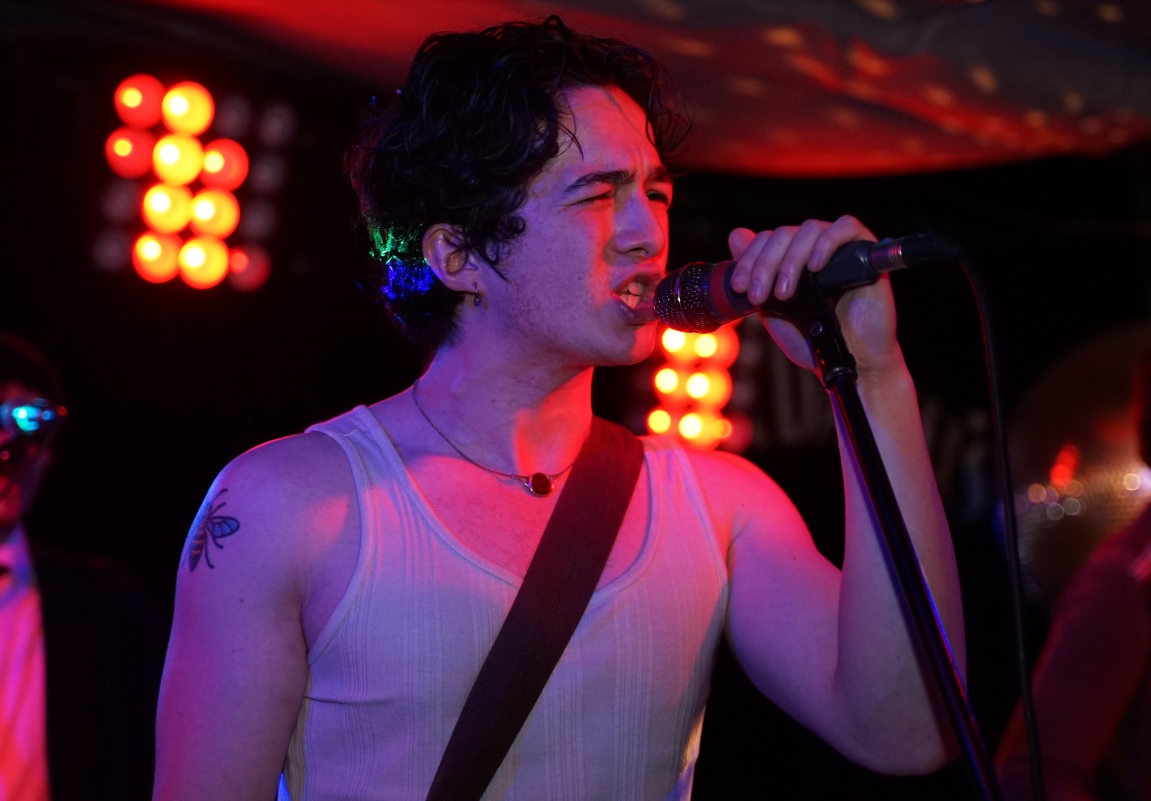 To accompany the event, each night had a vinyl record release featuring a chosen song from each of the acts performing on that evening. These vinyl releases have immediately become seriously collectible as they have been limited to a mere 15 copies available for purchase each night! Yes, that’s correct, just 15. So across the three nights there are only a total of 45 pieces of sweet vinyl, so collectors take note! Triptych 2023 is no exception and this year’s artists are all featured on three very limited-edition track 7” vinyl offerings.

So the second night it was the turn of local bands Speedboat, Polite Bureaux and New German Cinema. 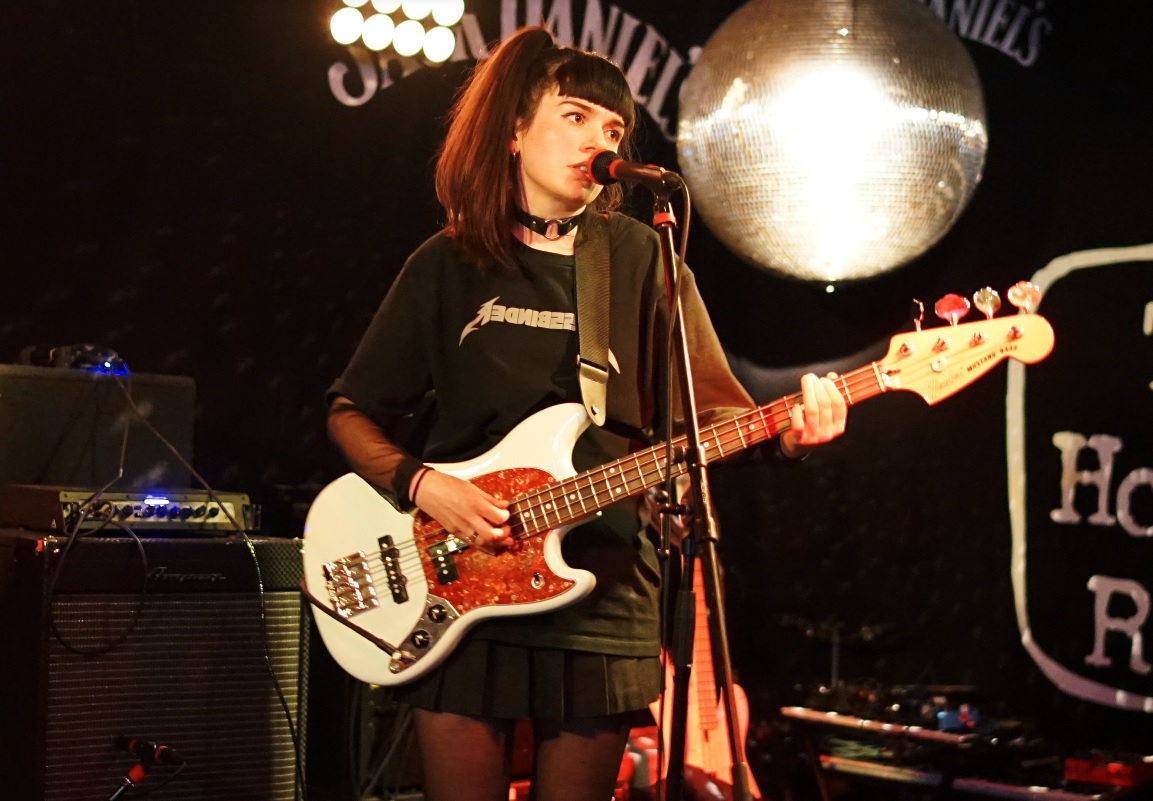 New German Cinema
The stage for the opening band of day two of ‘Triptych VI’ was different to the previous night. Eva Lunny’s harp was replaced by a laptop computer and a cymbal for New German Cinema. Well, the promoters Love Thy Neighbour did say they’d deliver various styles. 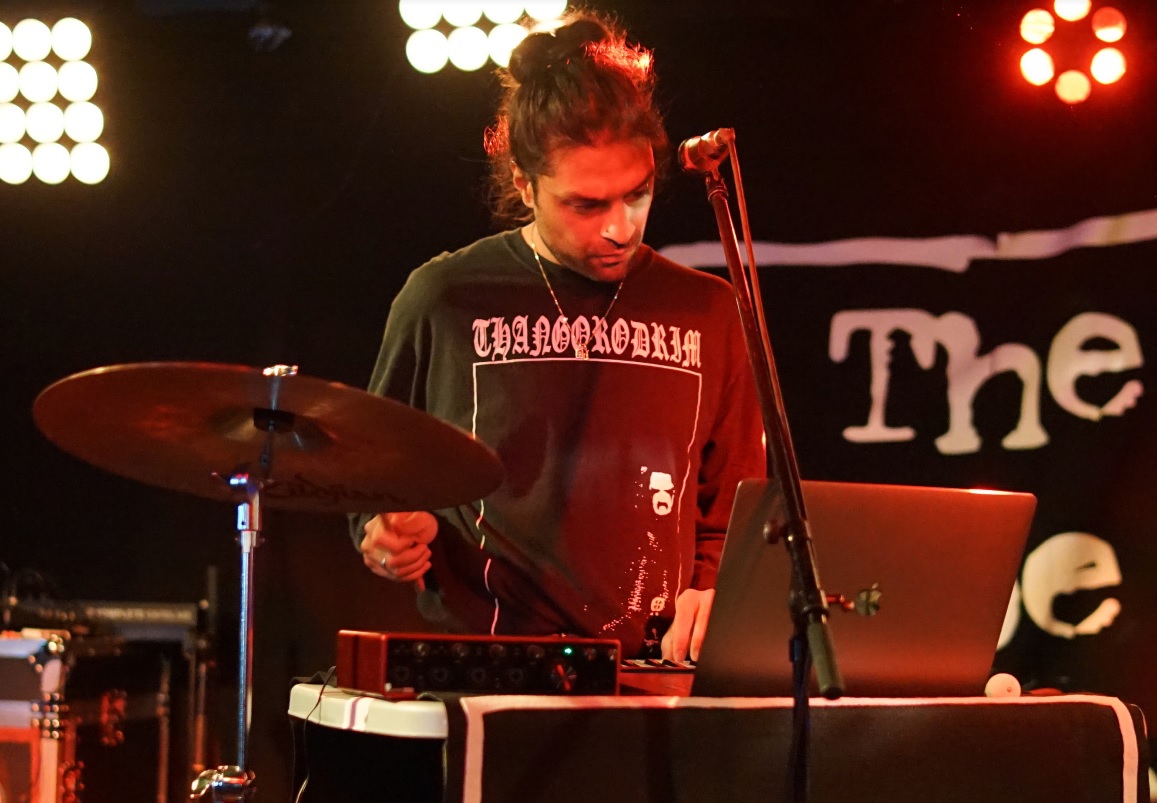 New German Cinema is the solo project of Fear Of Men’s Jessica Weiss. It allows her to indulge similar (but different) pleasures, which have been described as “Stormy and cathartic dark-pop gems” by Gorilla vs Bear. 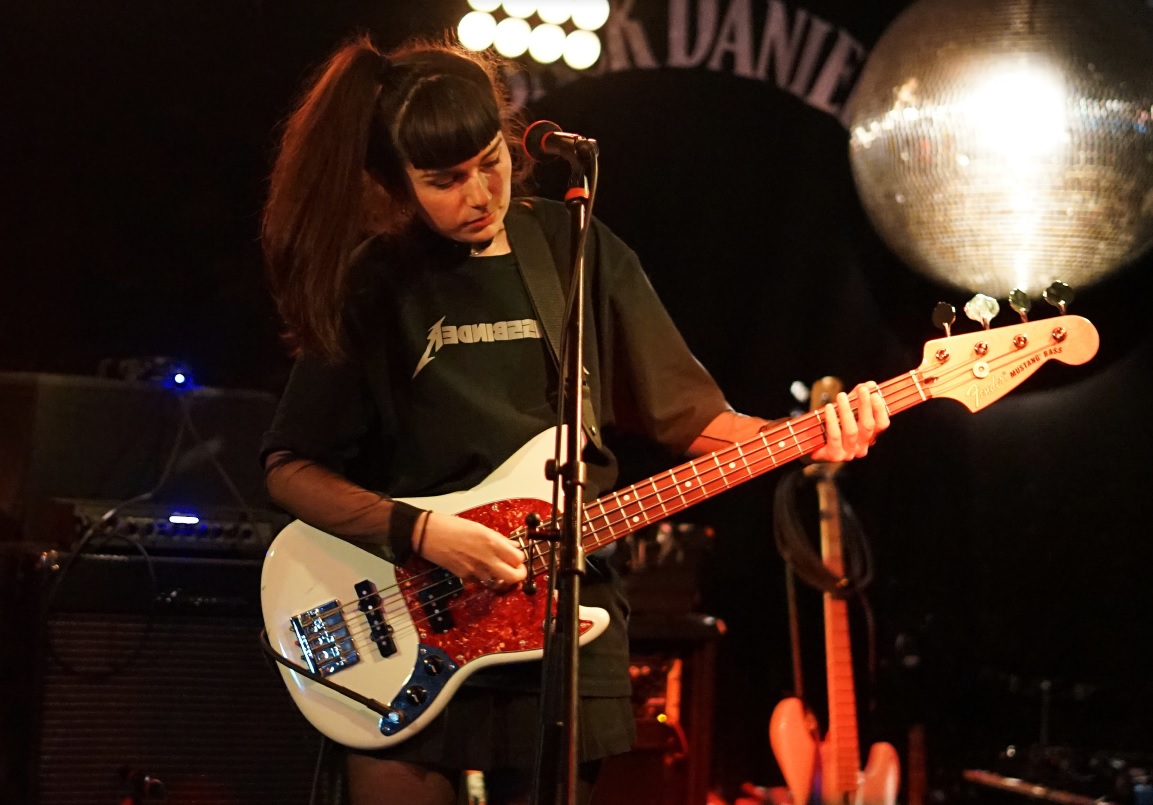 New German Cinema’s set started with very electronic atmospheric music. For the second song of the set, Jessica picked up the bass guitar, but it’s the third track on which the full effect of the bass really kicked in. It started with a very heavy bass line, which remained throughout the track and much of the rest of the set. 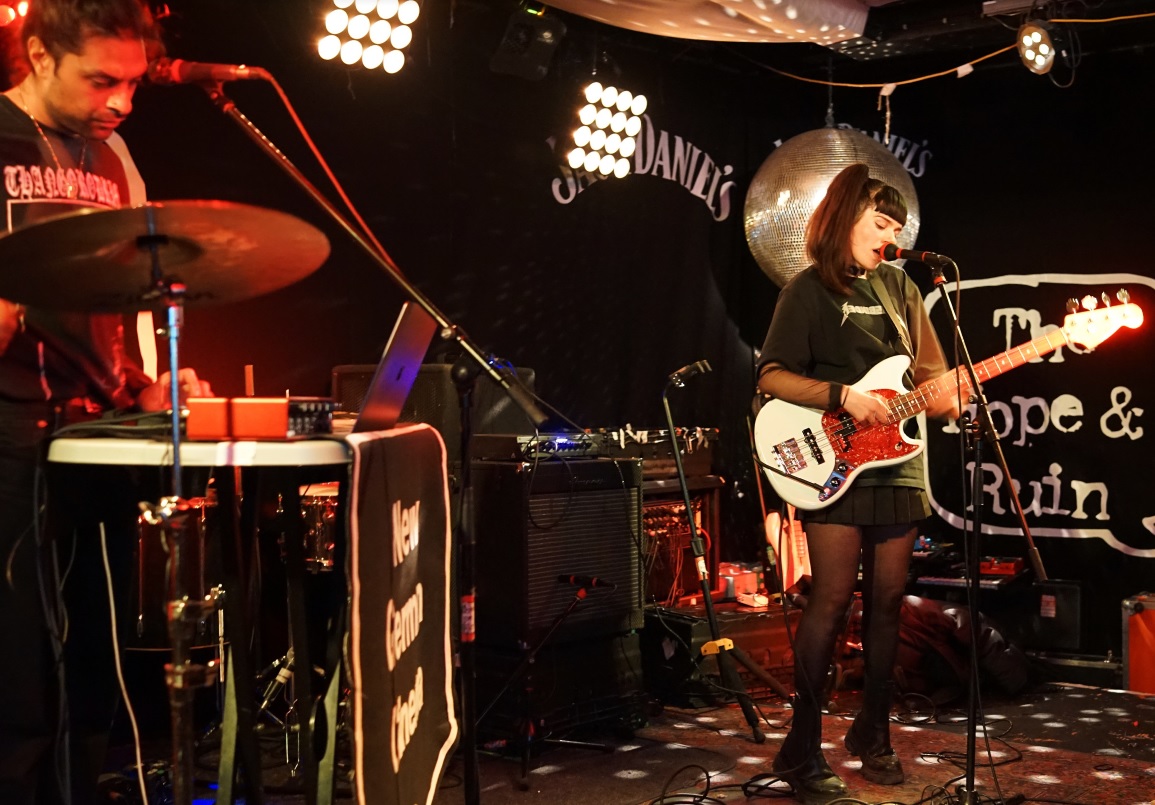 There was a good variation in tempo through New German Cinema’s set. Mid-set there was a relatively softer number with just the bass guitar. While on the final number, Jessica put her bass back down and sang to a very heavy electronic bass line. The standout feature throughout was Jessica’s haunting vocals, which fitted the bass sound so well. I’d not heard of New German Cinema, and admit to knowing little about local band Fear Of Men, before seeing Friday’s performance. I’ve got some catching up to do. New German Cinema were very impressive. I’d liken their synth-pop sound to a darker CHVRCHES, as an albeit over simplified comparison.

Check out on Bandcamp. 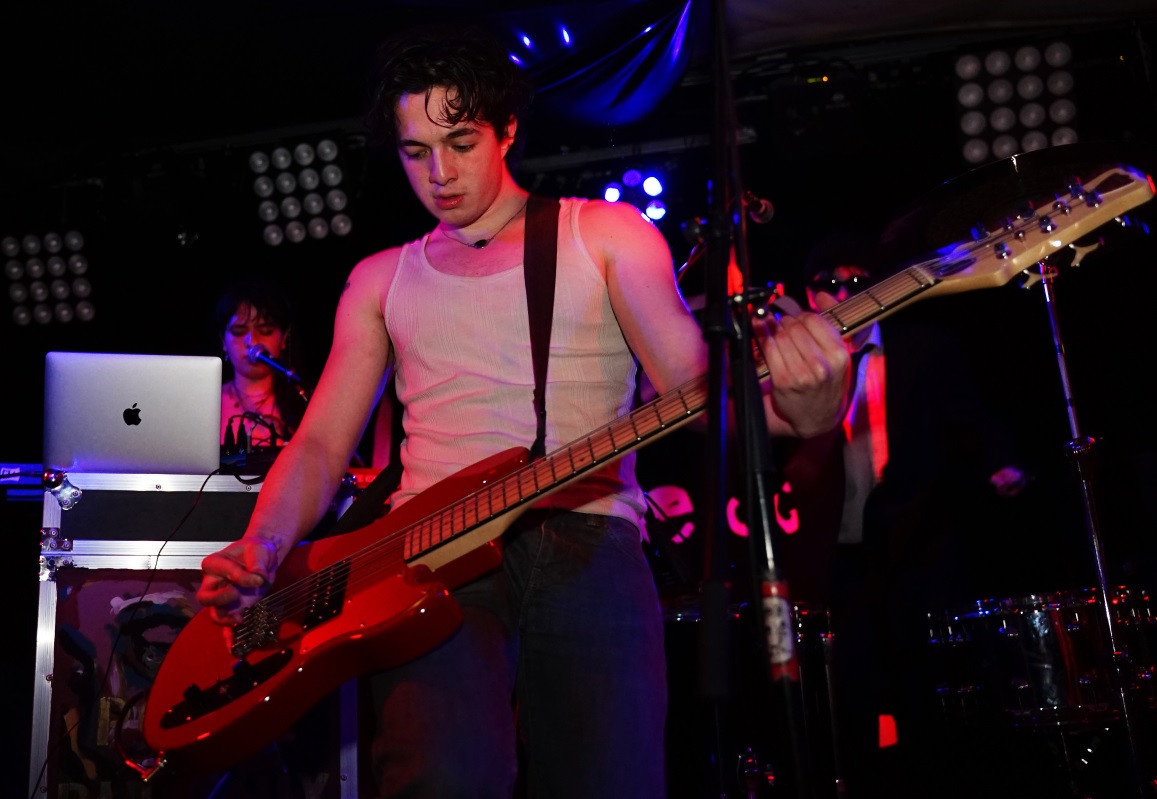 Polite Bureaux
By contrast, I’ve seen the next band, Polite Bureaux, a few times and nearly every time it’s been with a different line up. Previously it was founder member Joe Smith and Jasmine Ardley of local Brighton rock band Fighting Colours. On Friday for ‘Triptych VI’, Joe Smith was joined by Valley T (bass) Tom O’Sullivan (drums) Maya Lili (keyboards and vocals). 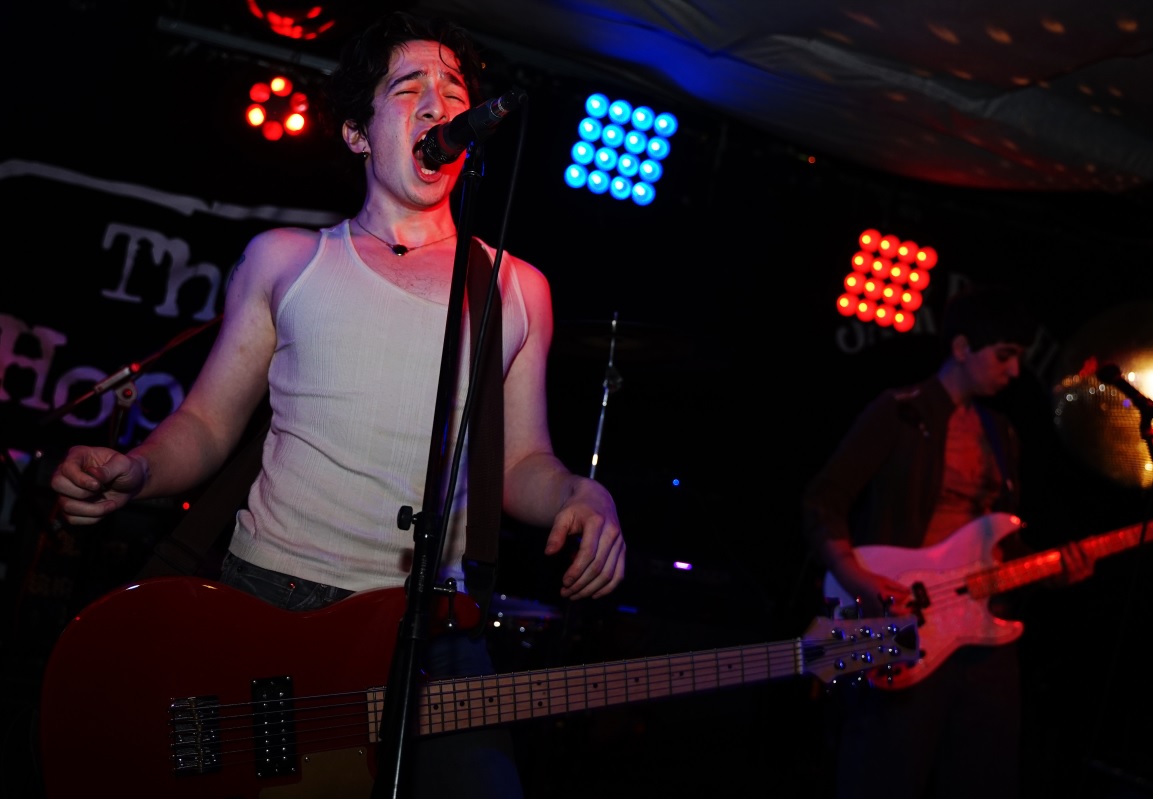 There was a real sense of expectation in the crowd waiting for Polite Bureaux to take the stage. They weren’t to be disappointed. From the start to the end, the set was fast paced with a real energy, which the audience fed off. Among the many highlights was their debut single ‘Radioisotope’ where the bass guitar takes you back to early New Order. Joe’s bass playing was very reminiscent of Peter Hook, in both sound and his stance on stage. 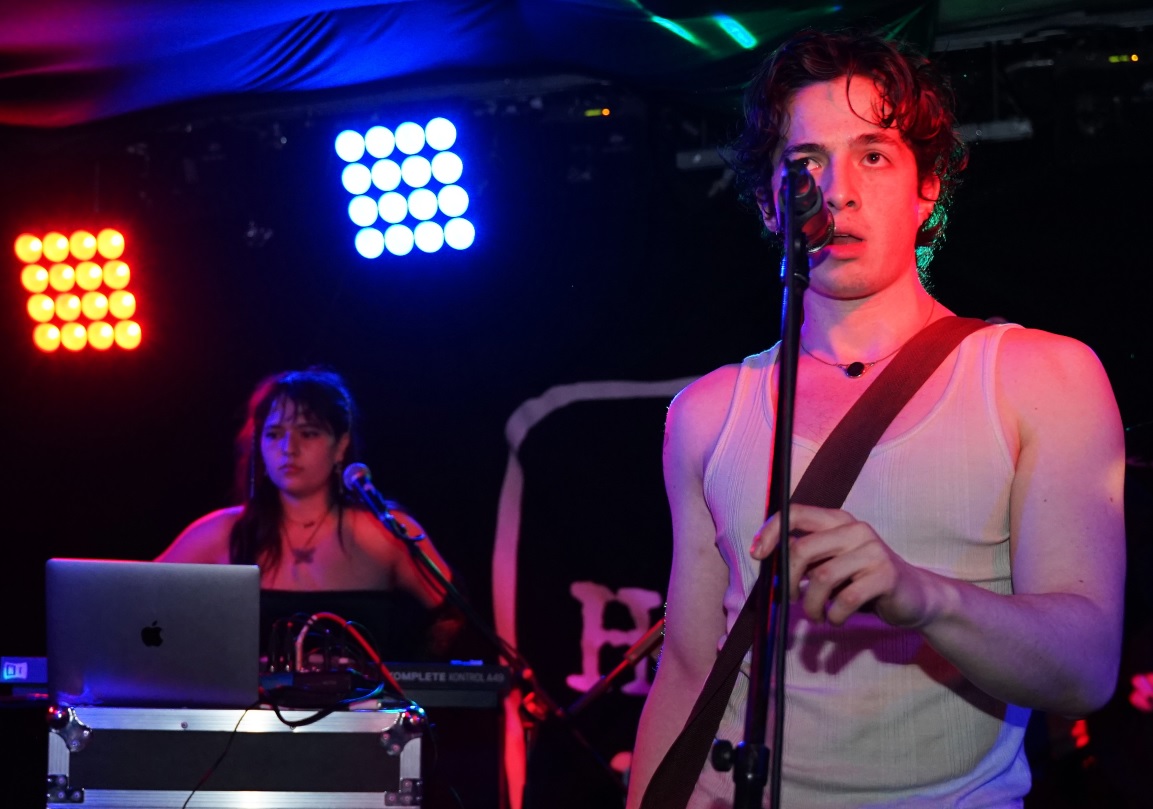 Polite Bureaux’s music is very industrial, harking back to the post-punk of Joy Division with hints of The Cure’s early material. There is a brutal honesty in Joe’s lyrics. An example of this was on ‘Taylor Mift’, which is about the widening gap in wealth and two artists, one signed to Universal Records, the other signed to Universal Credit. 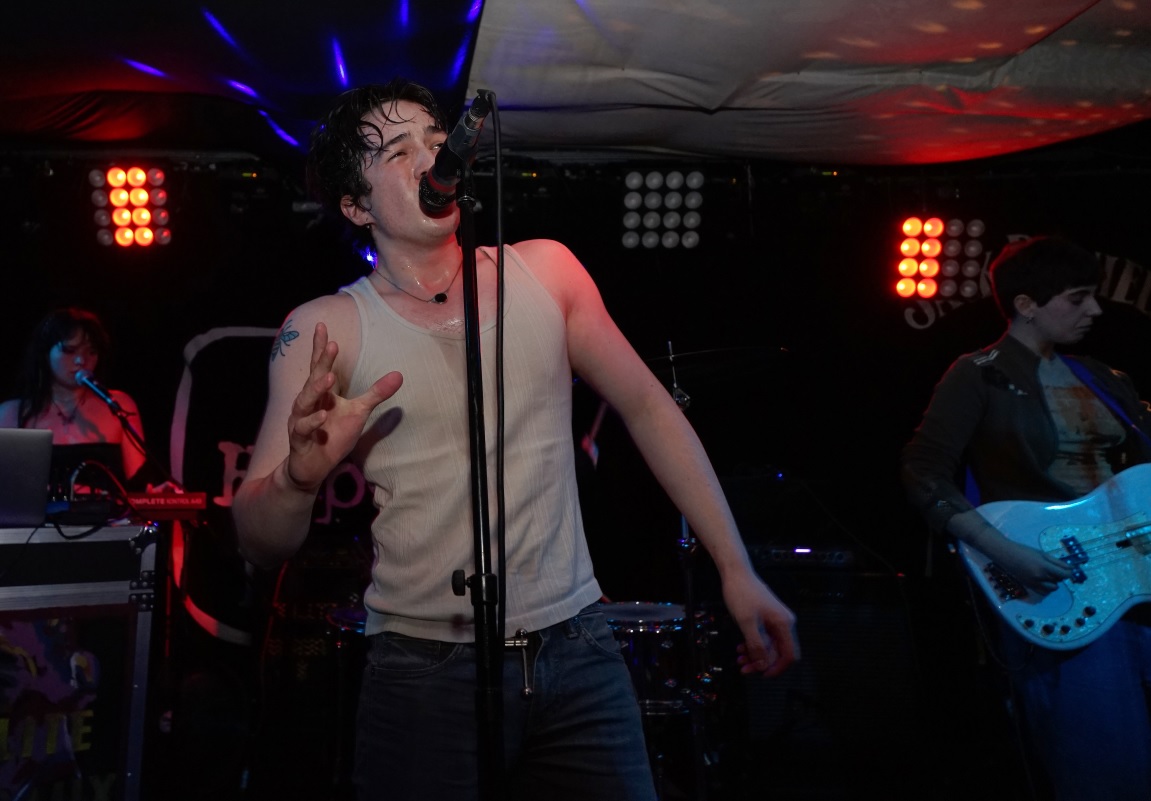 Friday’s performance wasn’t all about the front person. Tom on his two drums, (in a similar setup to Bobby Gillespie in the Jesus and Mary Chain), ensured that the tempo never dropped. Valley T added to those great bass lines, as well as keeping them going, when Joe put aside his guitar, as in the last number of the set. This was all backed by Maya on keyboards. 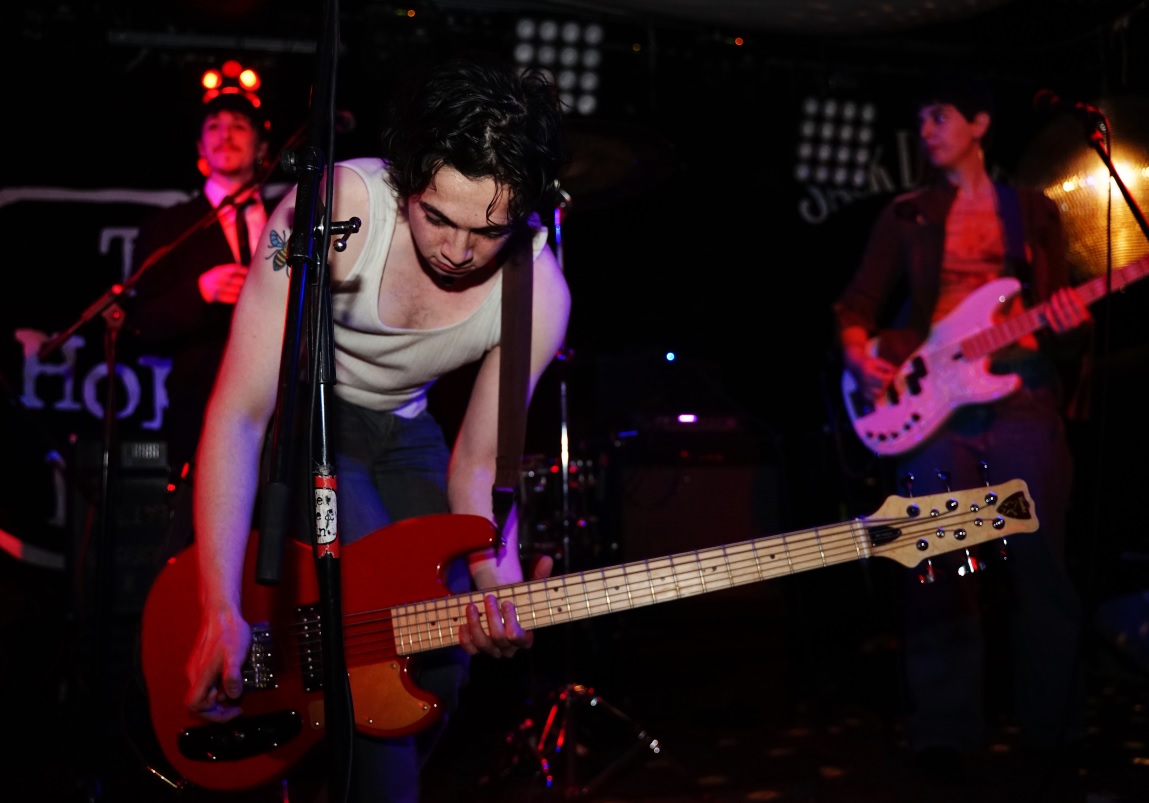 There was a great atmosphere in the enthusiastic crowd for Polite Bureaux’s set. The personnel on stage with Joe Smith may have changed a few times, but the raw energy, brutality and passion remain. You’re never left short changed after a Polite Bureaux live show. 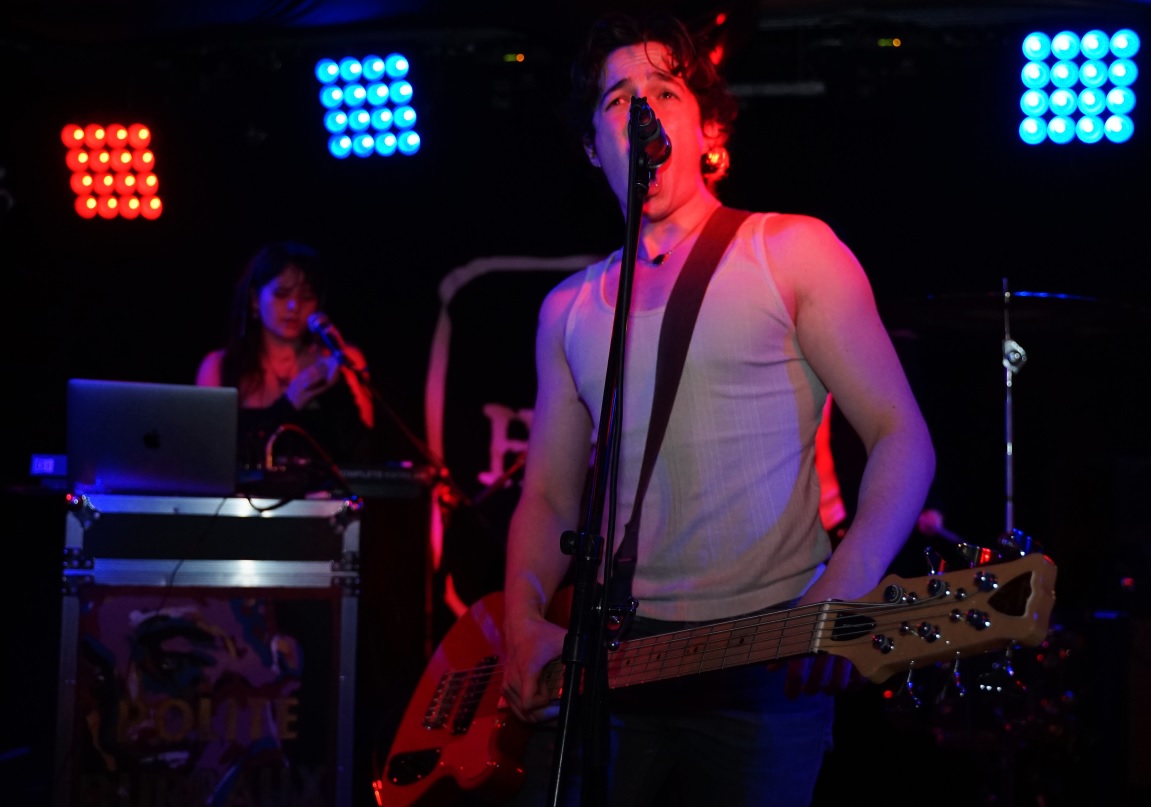 If you missed Polite Bureaux at Triptych, or simply want to see them again, you won’t have long to wait. On Thursday 9th February they’re headlining for ‘Loft Sessions’ back at The Hope & Ruin. Purchase your tickets HERE. 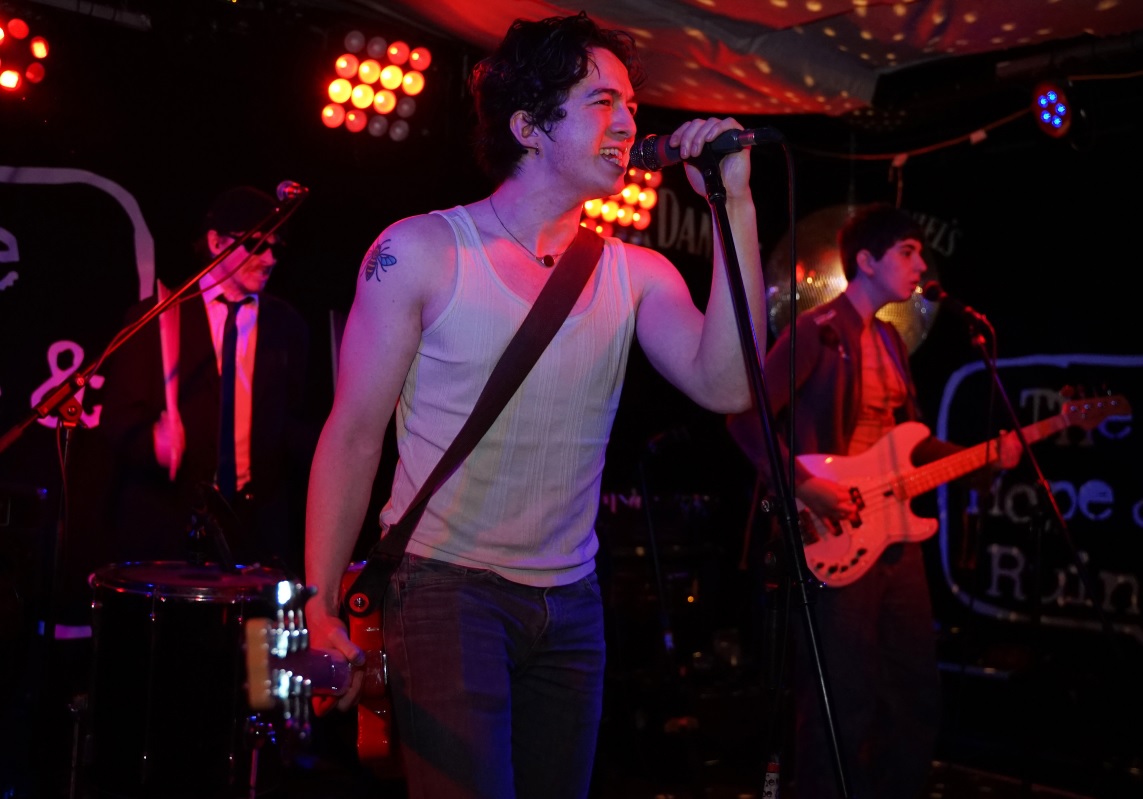 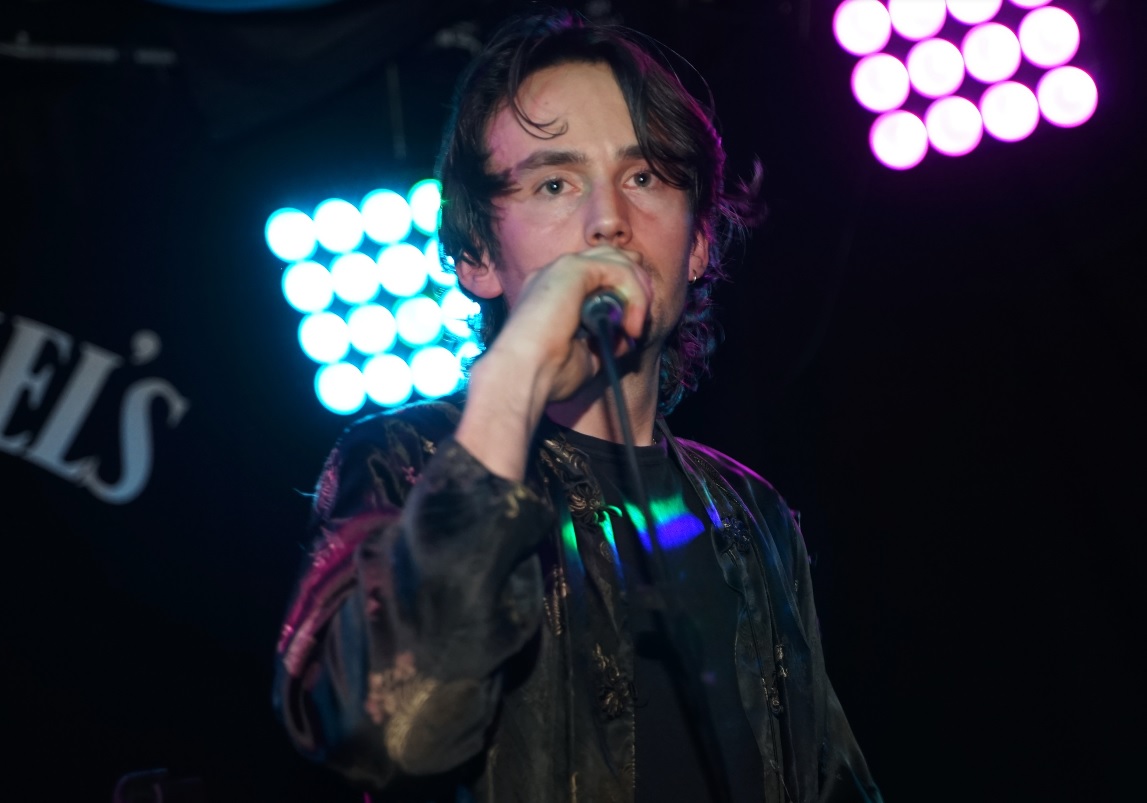 Speedboat
After the heavy basslines (but different styles) of New German Cinema and Polite Bureaux, the mood lightened for the final act on day 2 of ‘Triptych VI’, with Speedboat. 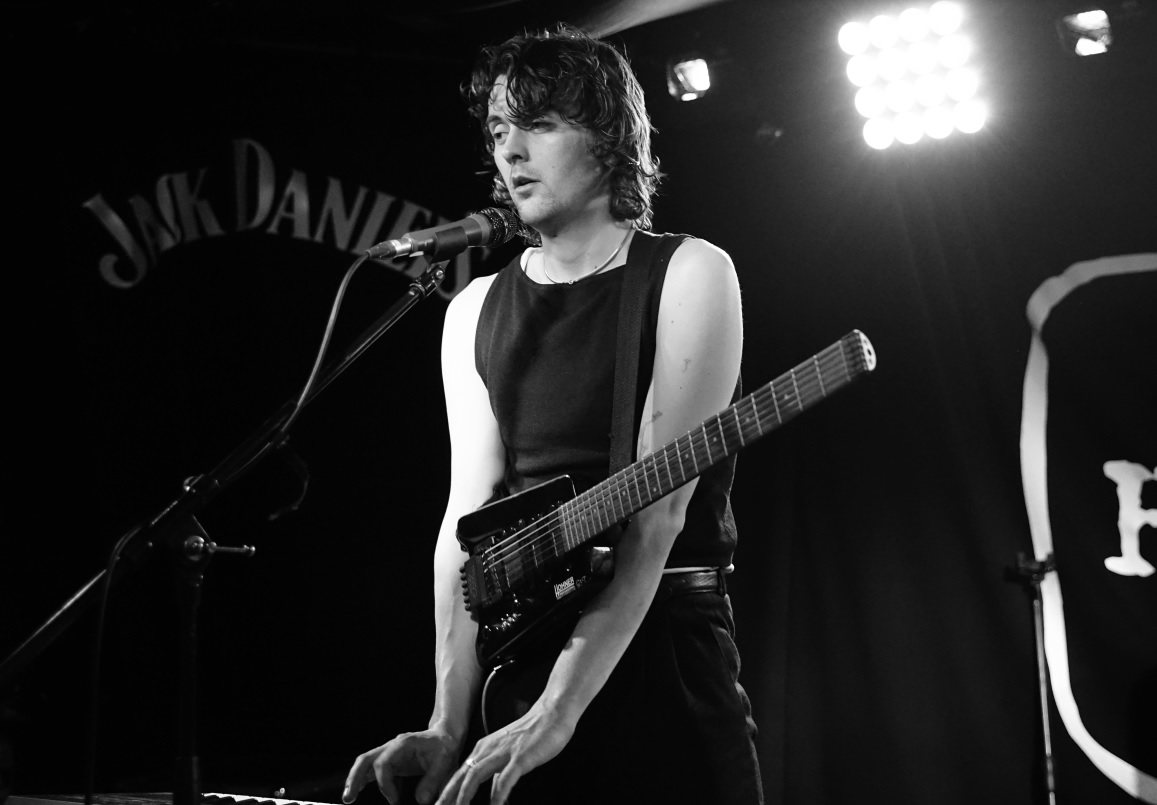 Brighton band Speedboat – aka Johnny and Will Griffiths aka the Blue Jean Brothers aka Musk and Hook – describe themselves as just two boys, trying to be “Better Men”. You can’t argue with that. 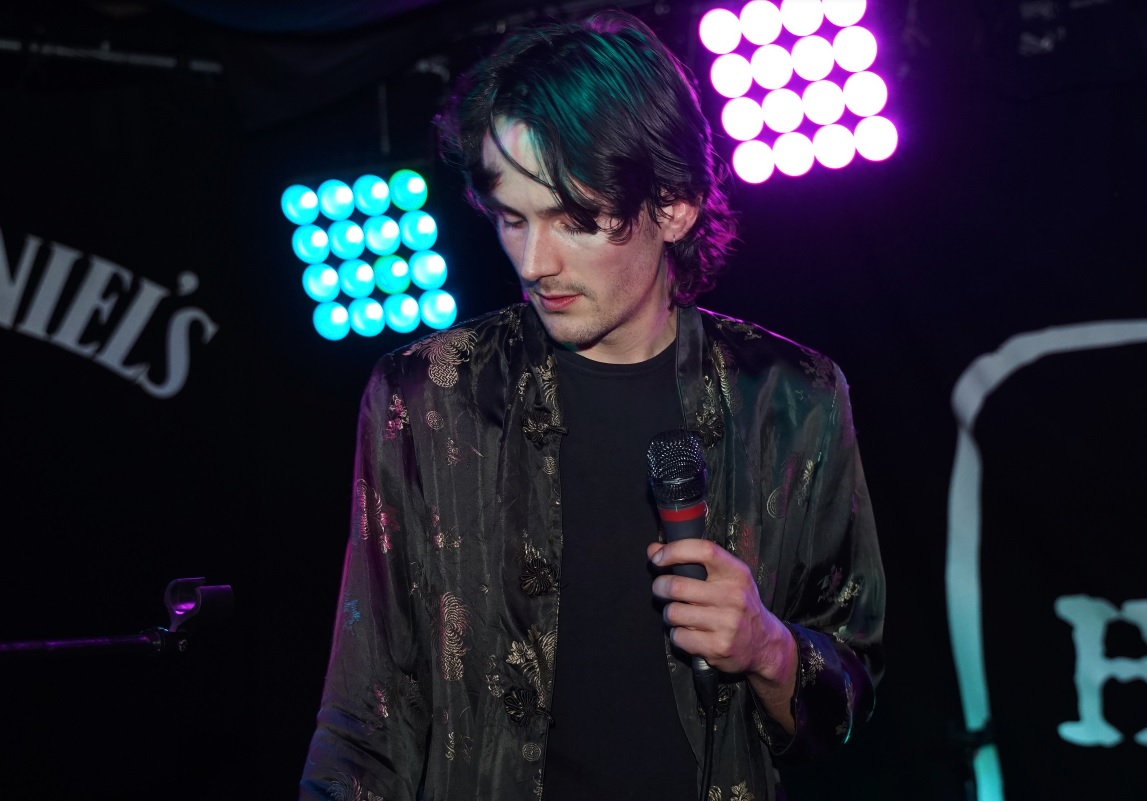 Brothers Johnny and Will started writing together in 2017, finding inspiration in ’80s pop, indie and new wave. The sound of Speedboat reminded me of ‘80’s synth-pop and bands like China Crisis, Propaganda and The Lotus Eaters. Speedboat wouldn’t have been out of place in a West Street disco like The Top Rank Suite or Coasters. 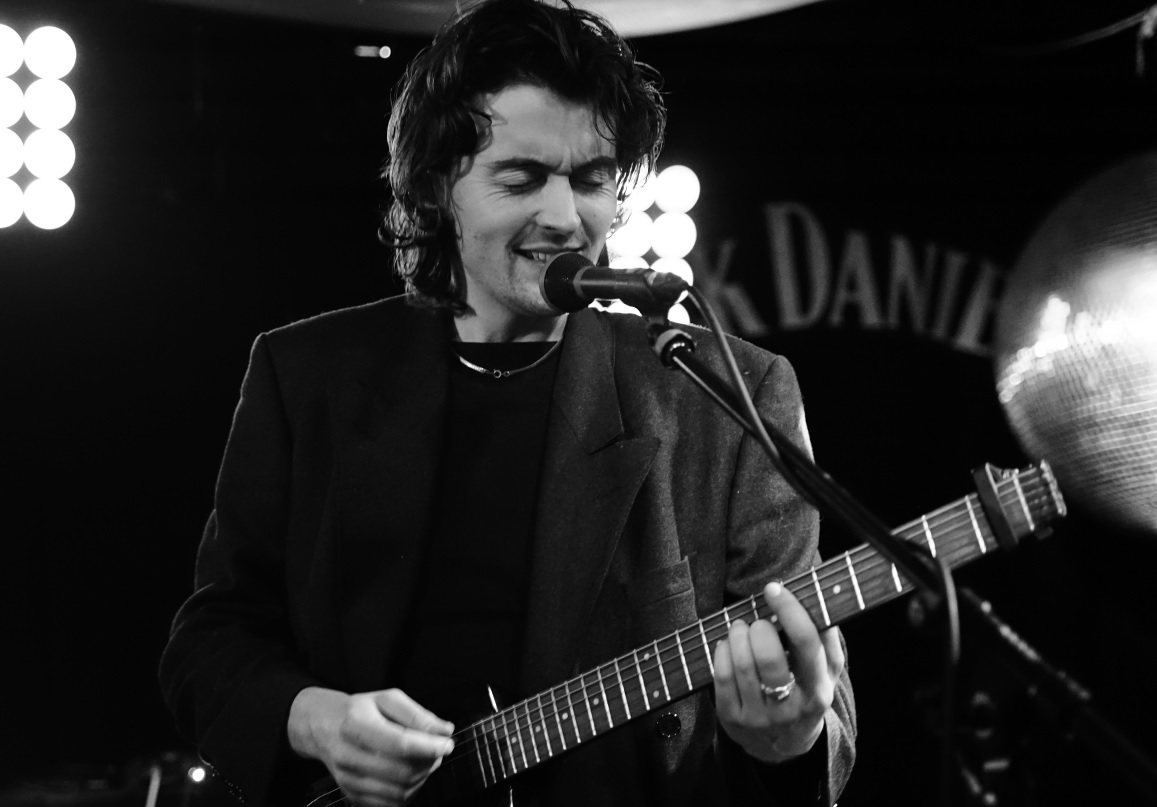 Through the set the two brothers swapped duties on vocals, guitars, synths and keyboards. Their vocal melodies with no spoken word, and neat chord sequences were a feature of their set. 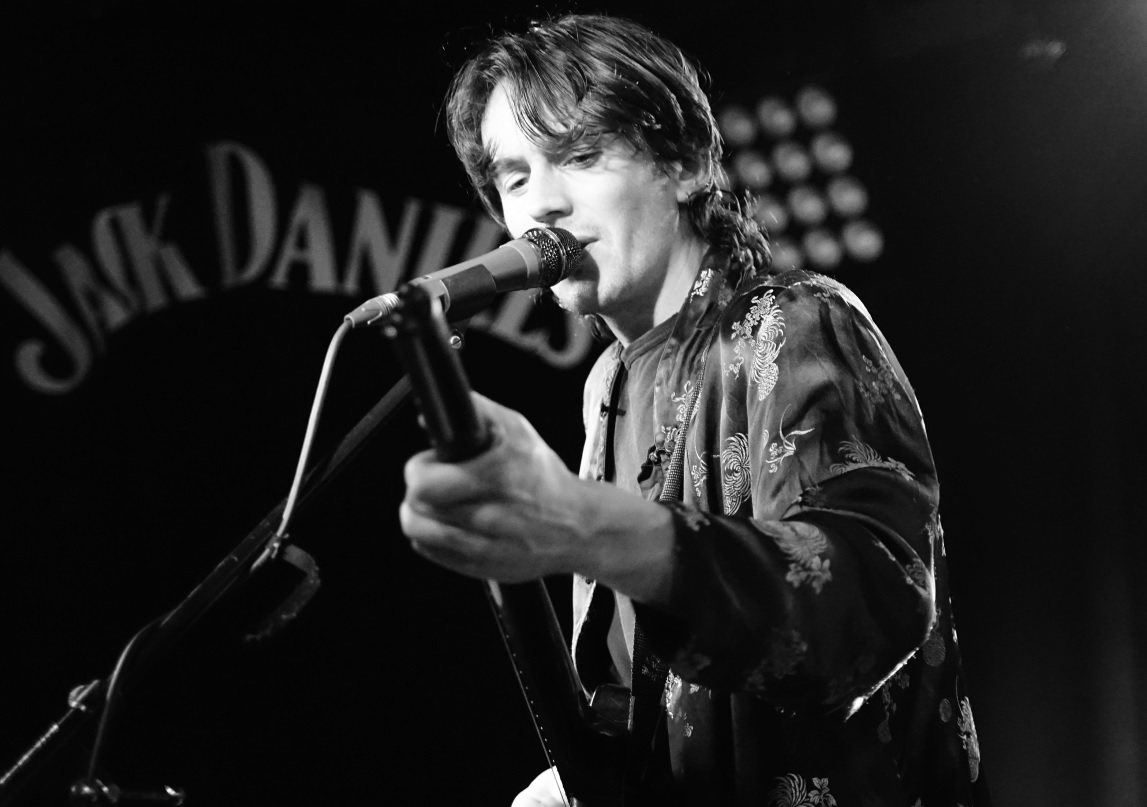 One highlight of the set was the track ‘Sadie Grey’, which has an intro that has hints of The Cure’s ‘A Forest’ before going into pop mode. 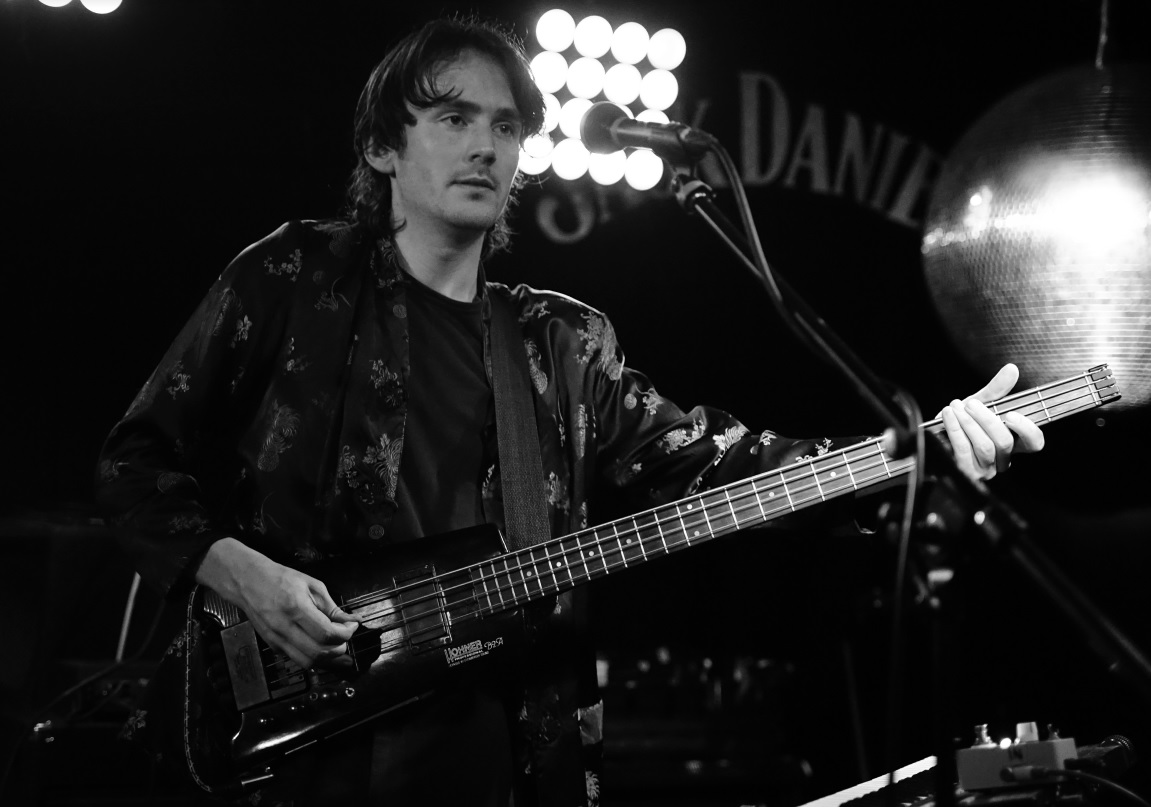 I’d say Speedboat are more yacht rock, in a good way. Their set was enjoyable, and those at the front of the stage loved it, dancing along with Speedboat’s pop sounds and catchy tunes. 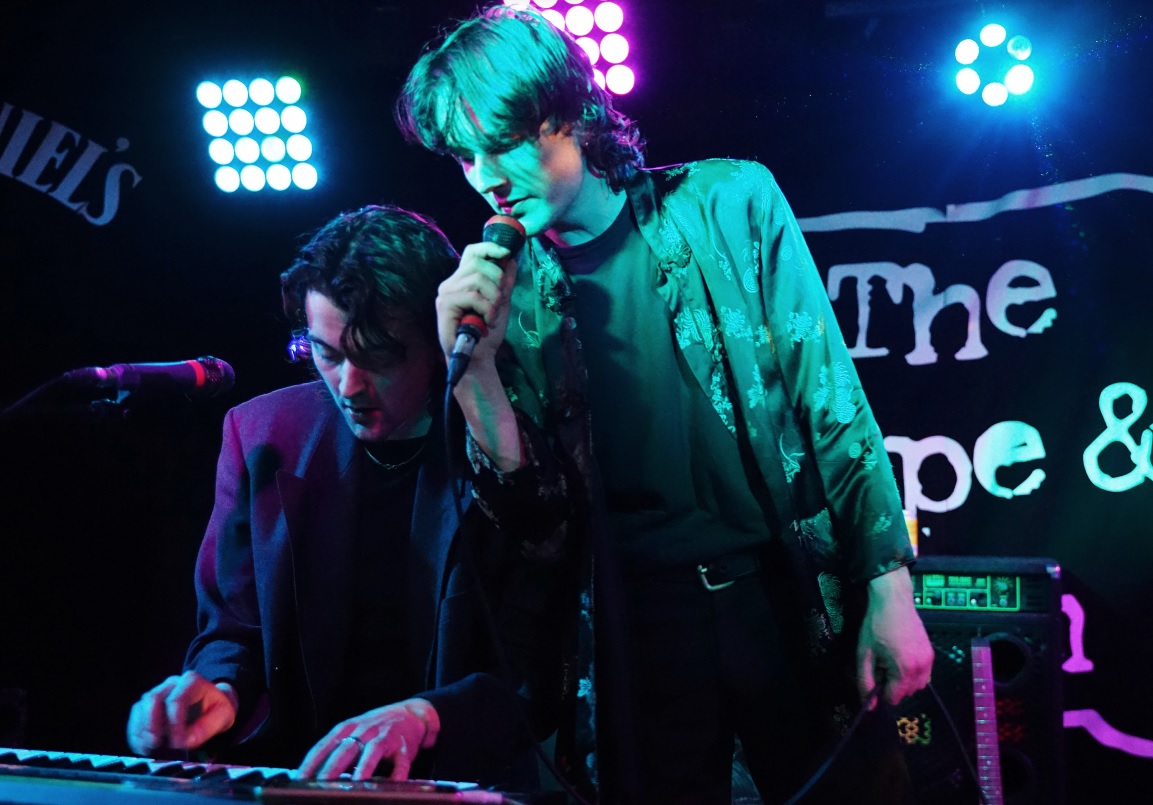 Speedboat:
Johnny and Will Griffiths

Overall, the second day of 2023’s Triptych event was very lively. There was a good contrast across the three bands on Friday’s bill. Firstly, between New German Cinema (dark and atmospheric) and Polite Bureaux (raw and industrial) in what can be achieved with keyboards and great bass lines. And also, between the intensity of Polite Bureaux and the mellower pop sounds of Speedboat.

Read our report of ‘Triptych VI’ Day One HERE. 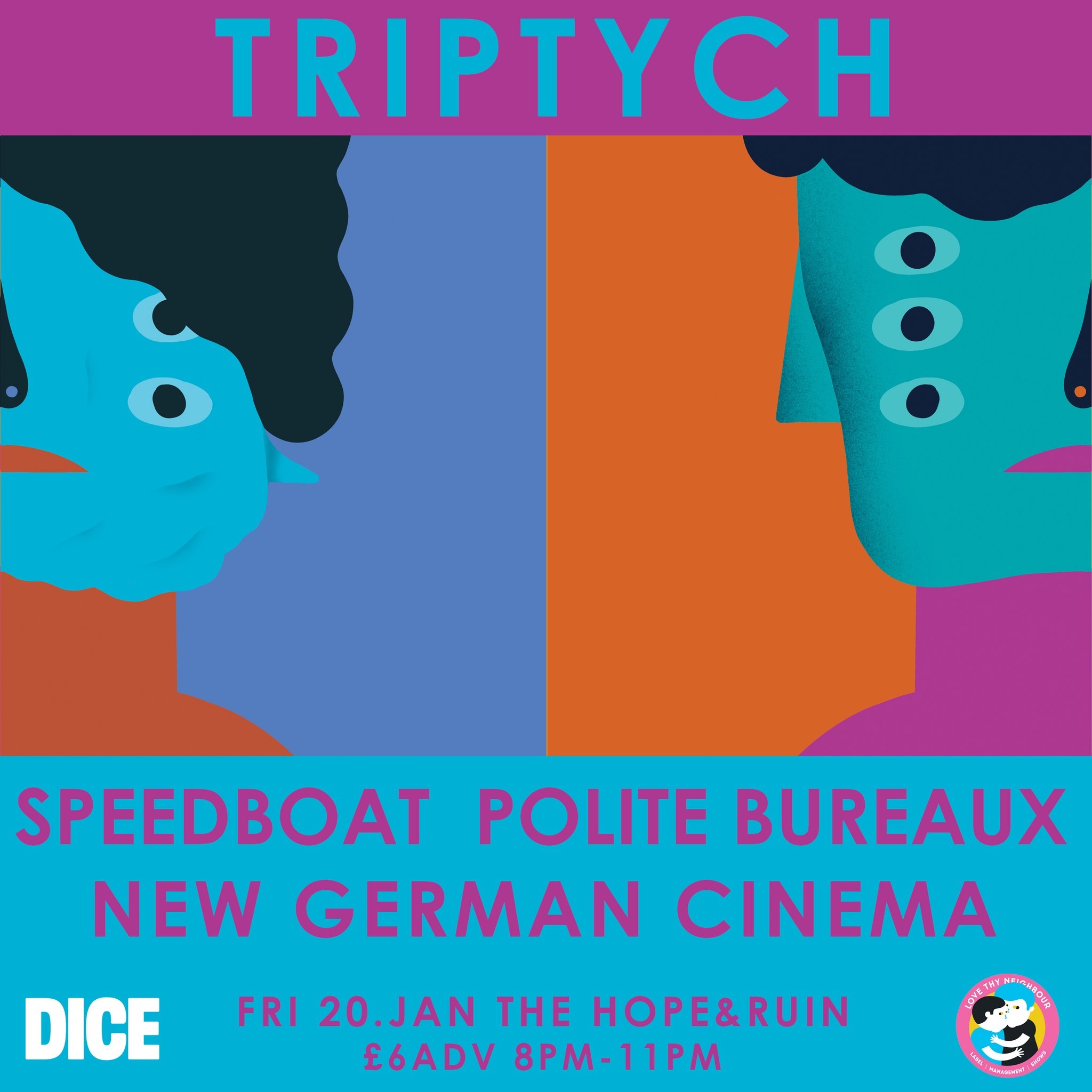