Jail sentence reduced for Brighton man who called for jihad

A father from Brighton who was jailed for encouraging terrorism in a speech at his local mosque after two of his sons died fighting in Syria has had his sentence cut by the Court of Appeal. 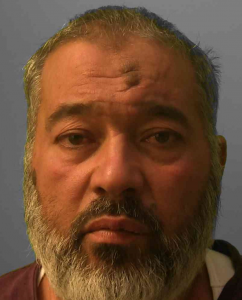 Abubaker Deghayes promoted “jihad by sword” when he addressed worshippers at the Brighton Mosque and Muslim Community Centre in November 2020.

Deghayes, originally from Libya, was found guilty after a trial at the Central Criminal Court, better known as the Old Bailey, of intending to encourage terrorism in his speech to about 50 people, including children and young adults.

In April 2022, the then 54-year-old was sentenced to four years in prison with another year on licence.

He brought an appeal against his sentence and, at the Court of Appeal in London today (Wednesday 25 January), it was reduced to three years in prison with an additional year on licence.

At his trial in January last year, Deghayes, of Saltdean, was said to have made a stabbing gesture when talking about jihad.

Deghayes denied wrongdoing, saying that he was explaining the meaning of jihad by the sword as self-defence.

On Wednesday, Lord Justice Edis, sitting with Mr Justice Cavanagh and Judge Paul Thomas, said that the sentence needed to be reduced as the judge had wrongly calculated the term.

However, Lord Justice Edis said that the judge had been right to impose the extended licence period, adding: “The abuse of that religious gathering to promote terrorism is an aggravating feature as is the fact that the audience included young men and boys.”

Deghayes’s trial was told that two of his sons were killed fighting in Syria and that he lost a third son in a stabbing in Brighton.