Brighton artist and illustrator Sean Sims has mapped out a tongue in cheek vision of Brighton and Hove. 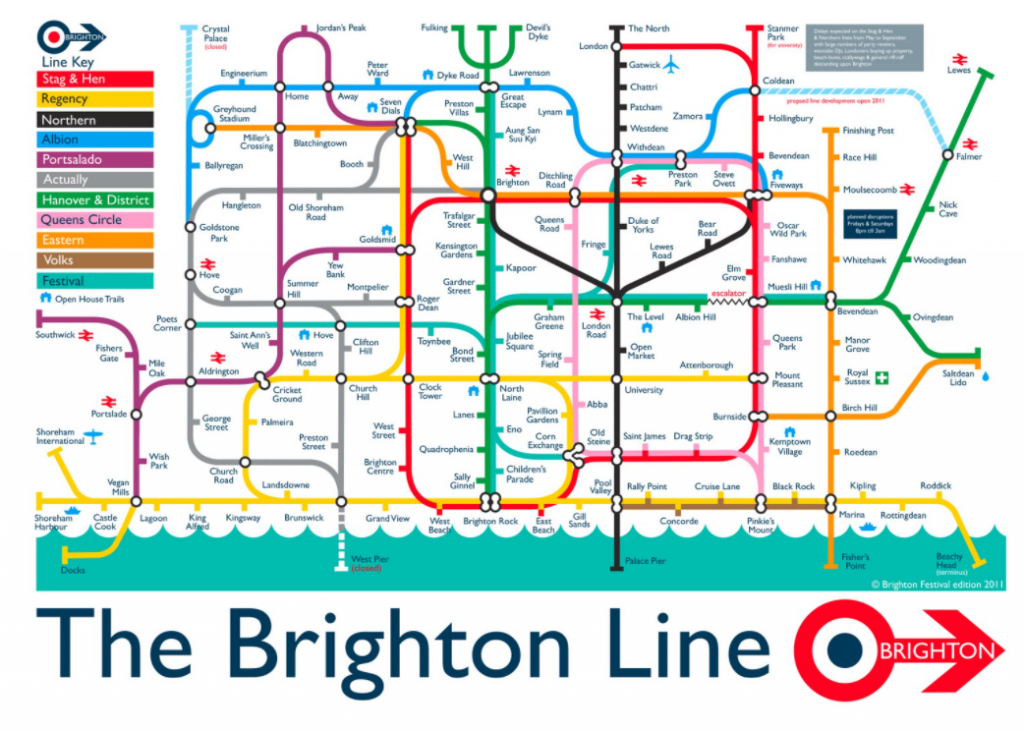 Prints of his colourful work of art The Brighton Line, which can be seen here, went on sale this week.

The piece is based on the iconic London Underground Tube map by Harry Beck which was humourously rendered as The Great Bear by the conceptual artist Simon Patterson in 1992.

Mr Sims, 45, a father of two from the Prestonville area of Brighton, said: “It’s been on the drawing board for at least a year and a half.

“I kept tinkering with it and playing around with the stations when I thought of another name to add.

“Eventually I got to the point when I thought I should try and sell it as a print.”

At the moment Mr Sims has a deal with Art Republic, the commercial gallery in Bond Street, Brighton, and took the first prints into the shop for sale this week.

Mr Sims, who describes himself as a stay-at-home dad with a daughter of 2 and a son about to turn 4, works as an illustrator for an agency called New Division.

His work is more usually found in magazines and newspaper and on greetings cards.

But he’s delighted to be making people smile with his schematic look at Brighton and its surrounds.

Another variation on the theme is a Tube map lampoon of the Daily Mail which can be seen here.

Prints of The Brighton Line can be bought in Art Republic for £40 or online here.