A burglar from Brighton has been jailed for four years after breaking into five houses at the start of this year. 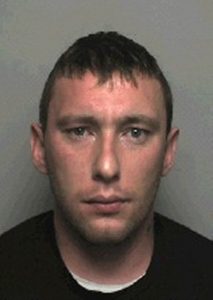 He was arrested by Sussex Police on Monday 4 February and jailed last Thursday (13 June).

Detective Sergeant Kate Witt, from the Brighton and Hove Priority Crime Unit, said: “This is a good result and I’m pleased that Bowles will be off our streets for some considerable time.

“Hopefully this will result in less people having to deal with the distressing issue of becoming a victim of burglary.

“Bowles preferred burglary method was what we refer to as a ‘creeper’ style. He would burgle homes late at night or in the very early hours of the morning when the occupants were in bed asleep.

“He was arrested on 4 February when he tried to use a stolen bankcard and local officers making inquiries recognised him on some CCTV footage.

“A warrant was then obtained and property recovered from his home linked him to four burglaries and forensics to another.

“Following a lengthy investigation he finally pleaded guilty and was consequently sentenced.

“I would appeal to anyone who has been a victim of burglary to please get in touch or if you hear or see any suspicious activity in your area to dial 999 immediately.”