By Greg Hadfield, of Brighton and Hove Independent

The 328-page book (Bantam Press, £14.99) is a lay-person’s guide to every aspect of our democracy, how we can make our voices heard, and how we can try to change things for the better.

Co-host at the event was Anthony Zacharzewski, another Brighton resident and chief executive of The Democratic Society, a non-partisan membership organisation for democracy, participation and new ways of doing government.

Mr Jellinek is well-placed to write such an accessible and informative guide. In his early career, he covered both Westminster and Brussels for the Local Government Chronicle, the UK’s leading news publication for local councils. 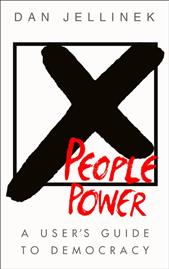 In 2001, he co-founded VoxPolitics, the UK’s first think-tank tracking the use of new technologies in political campaigning.

More recently, he has worked for the Parliamentary IT Committee, briefing MPs and Peers on key policy issues such as the role of the internet in pro-democracy struggles in the Middle East.

In his book, Mr Jellinek – married with two children, aged 15 and 13 – describes as “heart-breaking” the casual readiness of so many of today’s citizens to toss away one of our most precious possessions: the right to vote.

“That is to vastly overreact to whatever anger you might have about politicians – like burning down a house because you don’t like some of the furniture in it,” he says.

At the launch yesterday evening (Saturday 6 July) the guest speaker was Caroline Lucas, MP for Brighton Pavilion since 2010.

Ms Lucas highlighted the need for MPs to be elected who better reflect the diversity of the population, with more female politicians, more from a variety of ethnic backgrounds, and more people with disabilities. “We need a parliament that looks much more like the people it represents,” she said.

In particular, she focused on the old-fashioned and outdated way that Parliament works. “Almost as soon as I got there I was given a pink ribbon ‘to hold my sword’. But it took weeks and weeks to get an office.” 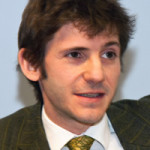 In a five-year parliament, each MP spent an estimated 250 hours simply waiting to vote; six votes in the Commons took 90 minutes, while the same number in other countries using electronic voting took 90 seconds. Many MPs struggled even to know what they were voting on, said the Green Party MP, who is arguing for “explanatory statements” to be produced in plain language in advance of every vote.

Welcoming the new book, she said: “The more we know how to change things, the more we know to make things better. And this book is an important tool in the toolbox.”