Honorary recorder of Brighton and Hove appointed unanimously by councillors

The senior circuit judge at Lewes Crown Court has been appointed honorary recorder of Brighton and Hove.

Judge Shani Barnes takes over the unpaid post from Judge Richard Brown who was also her predecessor as the resident judge in Lewes and her mentor.

The appointment of Judge Barnes to the voluntary role was approved unanimously at a meeting of Brighton and Hove City Council at Hove Town Hall today (Thursday 24 October).

A report to councillors said: “An honorary recorder is an unpaid, ceremonial office created to maintain and develop close links between councils and the judiciary and to encourage an understanding of the judicial system among the community.

“The functions of honorary recorder include attending ceremonial and civic functions and inviting members of the council to attend judicial events.

“The council has a community leadership role and therefore a responsibility to seek to develop an understanding of the justice system among all sections of the community and develop links with the judiciary to promote the wellbeing of the area.

“The role of honorary recorder can assist by supporting a close relationship between the council and the courts.

“This is particularly important as the council is required to pursue enforcement through the courts, for example, in relation to community safety, environmental protection, animal welfare, trading standards, benefit fraud, community care and child protection.

“In 2008 the council appointed His Honour Judge Richard Brown as honorary recorder following his appointment as senior circuit judge in Sussex.

“He retired from that judicial role in June 2013, also bringing to an end his time as honorary recorder.

“Following Judge Brown’s retirement, Her Honour Judge Shani Barnes was appointed as Resident Judge at Lewes, which covers the area of Brighton and Hove. 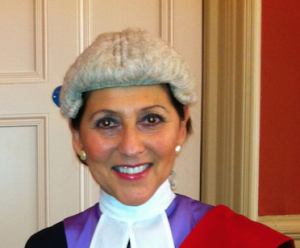 “At each Crown Court Centre, a particular judge is appointed resident judge who carries out additional leadership and management duties and running court centres.

“He/she oversees the disposal of cases and listings at their centre, offering support and guidance to the judiciary in the centre and provides a link between them, the presiding judges and the administration.

“In this capacity, Judge Shani Barnes is the most senior circuit judge in Sussex and best placed to continue and develop the role of honorary recorder.

“The council wishes to create a more active role for the honorary recorder in developing civic links with the judiciary.

“For example, the council would encourage the recorder to attend meetings and events that help to raise his/her awareness of the political, financial and constitutional framework in which it operates as a local authority.

“Additionally, the council could help the recorder develop links with other public bodies in Brighton and Hove with whom we have well established connections, such as health trusts and the police.

“If appointed, the honorary recorder must maintain his/her judicial independence and neutrality.

“In view of this, any involvement in the activities referred to above would be on a strictly non-political basis and respecting the independence of the judiciary.

“The council approached Judge Shani Barnes to seek an indication of her interest in the role including the new aspects described above. 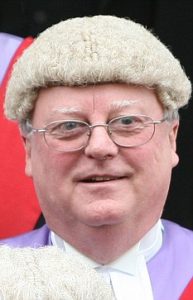 “She has indicated that she would accept the appointment and regards the relationship between the criminal courts and the community they serve as important.

“In particular, she would welcome the opportunity help ensure that the local community understands and feels connected to and part of the criminal justice system.

“She believes the tradition is important and would endeavour to continue all links between these two bodies.

“Judge Barnes was a criminal barrister, being called to the Bar in 1986.

“She practised in London, becoming a recorder in 1998 sitting in Lewes, with His Honour Judge Brown (later appointed as honorary recorder of Brighton and Hove) as her mentor.

“From 1998 she always sat in Lewes/Hove until becoming a full-time circuit judge in 2004 when she was appointed to Kingston Crown Court.

“After seven years she moved to Croydon but sat in Lewes every year for a month or two at a time until finally in July 2013 came home as the new resident judge.

“Judge Barnes is married to a Queen’s Counsel at the criminal bar.

“They moved to Brighton four years ago from West Sussex, love living here and intend to remain.”