A Brighton man has been jailed for 20 years for raping a man and a woman on the same night.

Judge David Rennie said that Louis Thomas, 35, was a “vicious and sadistic individual” at the end of his trial at Hove Crown Court.

Thomas, unemployed, of Lower Rock Gardens, Brighton, approached a homeless woman in her early thirties on Brighton beach on the night of Sunday 30 June last year.

She was with friends but Thomas convinced her to leave with him, offering her a place to shower and change. But when they reached his home he raped her.

After allowing her to leave, Thomas then went back out and found another victim, a 21-year-old man from Brighton.

The man had been out with friends and had left to walk home alone. 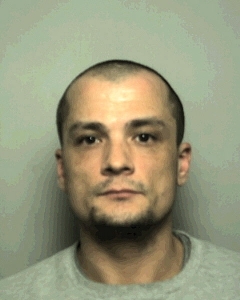 Thomas walked with him before dragging him into his home and threatening him with a weapon.

He then raped him.

Afterwards Thomas forced his victim to a nearby cash machine to withdraw about £100 and stole his phone.

The victim immediately made his way to the police station where he reported what had happened.

Thomas was found guilty of both rapes and robbery.

Detective Sergeant Emma Vickers, of Sussex Police, said: “This has been a 14-month investigation and culminated in Thomas standing trial at Hove Crown Court (where he) was found guilty of all three offences.

“Thomas is an extremely predatory man who picked vulnerable people as his victims, a homeless woman and a man who had been out drinking.

“He chose his victims thinking they wouldn’t report his crimes to the police but how wrong he was.

“Both victims reported what had happened to them and gave accounts which led us to Thomas.

“They were extremely brave in speaking out and we were able to support them throughout the investigation and eventual trial.

“Officers have worked tirelessly to support the victims, who have had to go through the trial being rescheduled twice.

“In summing up the end of the trial Judge Rennie described him as a ‘vicious and sadistic individual who treated his victims like lumps of meat’ and a man who ‘had no real regard for people’ and a ‘bare-faced liar’.

“His sentence of 20 years is extremely satisfying and I would like to thank the victims unreservedly and all my colleagues that were involved in helping to bring this man to justice.”

Hippodrome campaigners to hold public meeting in Brighton this morning