A Brighton Labour candidate has spoken out after he was chosen to stand in place of a deselected councillor.

NHS manager and physiotherapist Daniel Yates, 41, was picked for Moulsecoomb and Bevendean – one of Labour’s safest seats on Brighton and Hove City Council.

He will replace Councillor Leigh Farrow, 59, on the party’s slate when the local elections take place in May next year.

Mr Yates, who was the only candidate at the selection meeting last Saturday (25 October), told the Brighton and Hove Independent: “I’ve spent the last few years enjoying politics from the sidelines.

“Yes, I have been an activist but I haven’t been standing for election or trying to persuade people of my abilities and experience.

“I had thought those days were well behind me. After all, I had spent many happy years in my twenties and thirties as a local councillor and parliamentary candidate.

“But a few chance conversations in August changed my mind and made be start thinking seriously about throwing my hat in the ring.

“Little did I realise how this single act would impact on people’s opinions of me and their assumptions of both me and my motives.”

Just two members of the local branch took part in the selection meeting which was also attended by six members of the Brighton, Hove and District Labour Party executive.

Mr Yates said: “The suggestion I’ve been ‘parachuted’ into the ward doesn’t stack up. Nor was I approached to put myself forward by some shadowy insiders.

“Being the only candidate at a selection meeting doesn’t make it any less intimidating.

“Having to endure my speech and answers to their questions probably wasn’t easy on the Labour Party members who attended either. 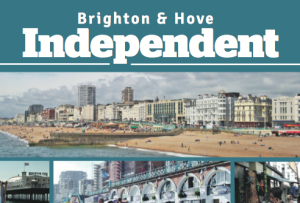 “I simply thought that I should take the brave step of putting across Labour’s case for the future of our city directly and was willing to take responsibility for making sure that if successful those policies are put into action.

“In a city where recycling rates are falling under an environmentally friendly administration, where privatisation is increasingly being suggested and used as the first line of attack on costs (rather than the last option) and where important long-term decisions are being evaded to leave for the next city administration I want to offer a better vision.

“Better access to housing, a focus on delivering the basic council services effectively, a new school to meet the challenges of population changes, balanced and sustainable transport policies that don’t leave residents feeling that their wards have been ignored. These are just some of the policies I’d like to see every resident benefiting from.

“Despite all the speculation and discontent, I’m still incredibly excited to have been chosen.

“Labour have a fantastic team and fantastic message to share about the future direction our city can take.”