A cardiac surgeon operating in Brighton has been flagged up in mortality tables.

Jonathan Hyde, the chief of surgery at Brighton and Sussex University Hospitals NHS Trust, which runs the Royal Sussex County Hospital, was described as a negative outlier by MyNHS.

More of his patients die after surgery than those of his colleagues although he appears to carry out more operations in total and several involving high-risk patients.

In the text that accompanied the data, it said: “An outlier is a consultant whose clinical outcomes data lies outside of the national average. 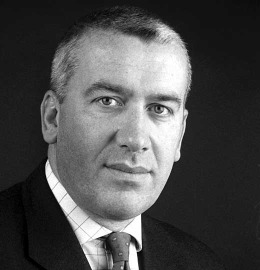 “This is not always a sign of poor performance, for example, a consultant taking on difficult cases which have on average higher mortality rate are expected to be an outlier.

“Where someone is an outlier, it is common practice that the results are reinvestigated to understand what the issues are and how to deal with them.”

And in accompanying notes Mr Hyde, a doctor for 25 years and a registered cardiac specialist for 13 years, said: “The data shown reflect higher mortality rates from my practice predominantly in the years 2011 and 2012 and therefore refer to outcomes from more than 18 months ago.

“In the light of these outcomes, I have reviewed my practice in detail with the support of an individual review from the Royal College of Surgeons.

“The mortality for my surgery for the period April 2013 to October 2014 has been 1.8 per cent prior to any adjustment for individual patient risk.”

Mr Hyde has also worked at the Montefiore Hospital in Hove, the Nuffield Hospital in Woodingdean and as a tutor in cardiothoracic surgery for the Royal College of Surgeons.

The married father of two has carried out more than 2,500 major heart operations. The data published this week analysed 506 of his more recent operations – from April 2010 to March 2013. He was one of three surgeons nationwide to be flagged up as an outlier.

Some doctors have dismissed the MyNHS data as too simplistic and misleading and patients have also defended Mr Hyde since the data was published.