A man has been jailed for ten years for abusing a young boy over several years in the early 1980s. 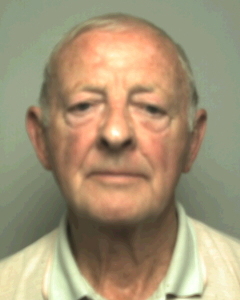 Gary Moscrop, 76, retired, of Hendon Street, Brighton, was sentenced at Hove Crown Court on Thursday (8 January) after being found guilty of 10 offences between 1979 and 1985.

The victim, who was just seven when the attacks began, first went to police in 1987 and Moscrop was given a caution for indecent assault.

But when he again approached them in 2011, more evidence was available and Moscrop was charged with a string of serious sexual offences.

Moscrop was served with a Sexual Offence Prevention Order (SOPO) severely restricting his access to children, and will be a registered sex offender for life on his release.

Detective Constable Dave Hunt of the Brighton Specialist Investigation Unit said; “The victim bravely came forward in 2011 and with his co-operation we were gradually able to develop a strong case against Moscrop, who had abused the boy at addresses in Brighton and in Hove in the late seventies and early eighties.

“The victim had previously come forward in 1987 and Moscrop was arrested and dealt with for one offence of indecent assault, receiving a police caution. Available evidence at that time did not support further action.

“However we are glad to have been able to help achieve justice for the victim.”