The Brighton and Hove Green Party has passed a motion calling on councillors to reject their own budget proposals, including a 5.9 per cent rise in council tax.

The party held a general meeting yesterday (Saturday 17 January) at the Brighthelm Centre where the motion was passed along with another asking Jason Kitcat to stand down as convenor – or leader.

The budget motion was reported yesterday by the Green Left blog and today (Sunday 18 January) by the Brighton and Hove Independent. 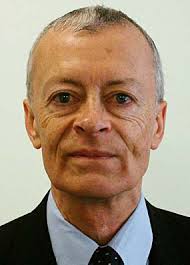 The motion said: “This general meeting notes the motion passed unanimously (with one abstention) at the December 2015 general meeting that the Brighton and Hove Green Party supports the production of an alternative budget for 2015-16 that would protect local services and employment, not cut them.

“The cuts to local services required to ‘balance the budget’ for 2015-16 are the direct result of massive and unprecedented cuts by central government to the local government support grant, cuts which could mean a further cut to the Brighton and Hove budget of over £100 million by 2020.

“This will effectively destroy local services as we know them.

“The cuts required to balance the budget for 2015-16 alone would require a restoration of more than £20 million of government grant or a council tax rise of over 20 per cent.

“The proposed 5.9 per cent council tax increase is therefore not viable as a means to fight the cuts or defend the vulnerable.

“It is a regressive tax on the poorest and it would hardly dent the massive cuts still required.

“To propose this rise in council tax in conjunction with a cuts budget would fatally undermine the Green Party’s anti-austerity stance locally and nationally.

“It is the worst of all worlds. 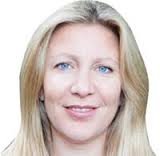 “We are now seeing a ‘Green surge’ and rising membership especially among younger voters, the primary reason for which is our inspiring anti-austerity message.

“If the only example in the UK of the Green Party in office were to implement a large cuts budget just before the 2015 general election that would disillusion and alienate many of those new supporters.

“It is likely it would severely damage not only the local party but the national party’s prospects in the election.

“We support a no cuts budget identifying how much government grant now needs to be returned to Brighton and Hove to avoid horrendous damage to local services.

“It is therefore the policy of Brighton and Hove Green party that any budget that makes further cuts to local services should not be voted for by the Green group of councillors, nor abstained upon to allow it to pass.

“The Brighton and Hove Green Party advocates a strategy of complete resistance to implementing further cuts to local services, including

The motion agreed at the Green Party general meeting last month said: “This meeting calls on the party to plan for a 2015-16 budget that will protect services and employment, not cut them.

“We agree to explore all possible ways of securing the restoration of sufficient government grant to fund such a budget.

“As a key step towards this goal, we agree to mount a city-wide campaign involving Brighton and Hove People’s Assembly, local campaign groups, trade unions and as many other organisations as we can to raise awareness of the situation faced by the council and send a clear message to government that services and people in Brighton and Hove have suffered enough and cannot take any more cuts.

“The campaign will run an online poll asking people whether they support the government’s programme and will use results from this poll to demonstrate popular resistance to the austerity agenda.”

The motion was proposed by Richard Stanton, one of the party’s candidates in Queen’s Park ward at the local elections in May, and seconded by Councillor Buckley.