Coldean Lane speed camera to be switched on 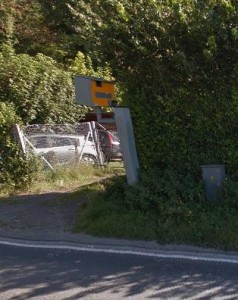 The camera has been in the street for many years. However it was covered over when the speed limit was cut from 40mph last June. This was to enable drivers to get used to the change.

Now the cover has been removed and the camera adjusted for the new speed. Any drivers exceeding the limit are liable to be fined, with points added to their licence.

The speed limit was cut following a consultation locally about 20mph (twenty mph) speed limits. Fifty seven per cent of local residents supported the change from 40mph to 30mph.

Drivers are warned to be particularly careful as the camera is intended to deter cars reaching dangerous speeds travelling down the hill. A vehicle-activated sign warns if a car is exceeding the limit – and of the camera’s presence further on.

Councillor in charge of transport Ian Davey said: “As with 20mph limits we’ve made this change where people have asked for it. I think they’ve made a sensible choice because they and their children are now much more likely to survive being hit by a car on that road. We’ve given a reasonable period for drivers to get used to it. Now the camera should ensure residents’ demands are met.”

Anyone snapped by the camera faces a £100 fine and three points on their licence. However the courts may impose a higher fine or additional points depending on the excess speed involved. Alternatively, if eligible, drivers can opt to pay £85 to take a speed awareness course, without getting any points.

Nobody can take more than one speed awareness course in any three-year period.