Man arrested for murder after woman dies in Hove

A man has been arrested for murder after a woman died at a house in Hove. 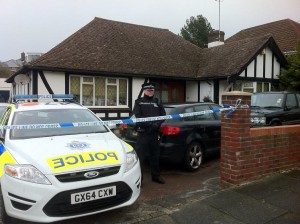 Ambulance crews were called to Tredcroft Road at about 11pm last night (Wednesday 28 January) where they found a 67-year-old woman, named locally as Memona Hashimalvi, in urgent need of treatment.

She died at the scene and detectives from the Surrey and Sussex Major Crime Team are now investigating this as a murder.

A post-mortem examination to establish the cause of death is due to be held tomorrow (Friday 29 January). The coroner has been informed.

A 75-year-old Hove man was arrested on suspicion of murder and is currently in police custody. He was named locally as Abdul Khaliq Qureshi, a director of the Brighton Mosque and Muslim Community Centre, also known as the Al Quds Mosque, in Dyke Road, Brighton.

One neighbour said: “They were a very quiet couple. We didn’t see them much. They kept themselves to themselves.”

Anyone with information which may be of help is asked to phone Sussex Police on 101 or email 101@sussex.pnn.police.uk. 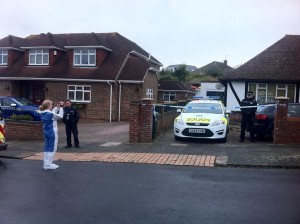