Hove woman robbed for iPhone and a bottle of wine

A 22-year-old man is to appear in court charged with robbing a woman in Hove. 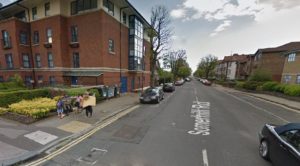 The victim handed over her iPhone, handbag, a bottle of wine and personal possessions during the incident at about 2am on 1 November in Somerhill Road, Hove.

Jack Coomber, of no fixed address, has been charged with robbery.

Coomber was released on bail to appear at Brighton Magistrates’ Court on 26 February.