A Brighton and Hove campaign to stop landlords being able to throw out tenants who complain has welcomed new laws set to outlaw the practice. 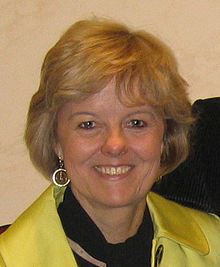 The campaign was this week praised in the House of Lords during a debate which ended in amendments to the Deregulation Bill to ban revenge eviction.

She said: “The Brighton and Hove Home Sweet Home campaign … has been working for a better and fairer private rented sector.

“Its members campaign on behalf of local tenants who are often too scared to speak out or to ask their landlords for repairs because they fear losing their homes.

“In places such as Brighton, that is not a joke; it does happen. As for the idea that there are rogue tenants—actually, the experience we have is of landlords mistreating their tenants.

“These amendments give much-needed protection to tenants, as landlords will no longer be able to evict them in response to a valid complaint about their home.

“Tenants will no longer have to choose between living in poor conditions and losing their home.

“Unfortunately, revenge eviction has become a major cause of insecurity, not just in Brighton but elsewhere where there is a lot of pressure on the private rented sector.

“We want people to feel safe and secure in their own home, creating a fairer system for both tenants and landlords. We believe that these amendments will help achieve that.”

Campaigning by groups across the country, including Home Sweet Home put the practice of revenge eviction under scrutiny in November last year when a Private Members Bill was defeated in the Commons by two Conservative MPs who fillibustered the bill.

Following the successful House of Lords amendments, the next hurdle will be getting the Bill through the Commons before Parliament closes at the end of March ahead of the General Election

Summer Dean, a campaign leader from Home Sweet Home said: “It’s great to have our work recognised – from the streets of Brighton all the way to Parliament.

“The pressure people put on Parliament back in November is now paying off as we celebrate the news this week that the House of Lords have put these amendments together to protect renters from unfair eviction.

“We called for MPs to show revenge eviction the door, and signed up local politicians to support our campaign.

“The next hurdle is getting it through the Commons before we run out of time, so once again the ball is in our local MPs’ courts to step up and deliver the change thousands of their constituents want to see in Brighton and Hove.

“It just shows what a group of organised people can do when they turn their anger into action.”