Green plan to make Brighton a model for legal cannabis

The Brighton and Hove Green party is drawing up plans to licence cannabis in Brighton which, it believes, could plug the city’s budget gap. 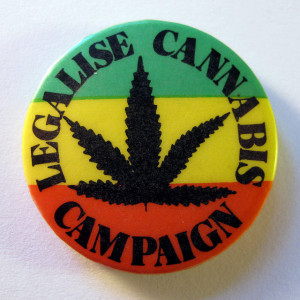 Steve Peake, the local party’s convenor for the working group on drugs policy, believes a scheme where the council raised a licensing levy on regulated sales of cannabis could generate millions of pounds.

And while he concedes it’s unlikely the Green party will be in a position to implement the policy following May’s elections, he says it’s a matter of when, not if, cannabis is legalised in the UK.

He said: “I’ve been working in drugs policy for the best part of a decade, and in club and festival management where a lot of people are using substances to broaden their own minds.

“It’s inevitable that prohibition in its current form is going to go. The appropriate question is what model should we use to minimise harm and maximise benefit?

“It’s better to have a civil service regulated supply than put it in the hands of a biker gang.”

Under Steve’s model, the council would licence official suppliers of cannabis and they would be taxed a proportion of all proceeds each year.

Suppliers would have to be not for profit organisations, with any surplus income after salaries and the council levy redistributed to appropriate charities.

The group is also considering whether to restrict the sale to city residents, but Mr Peake believes this could mean the city loses out on tourism benefits, saying the most compelling reason for such a restriction would be encouraging people to use unsustainable forms of transport.

While the policy is backed locally, and enthusiastically by the Green’s Kemptown parliamentary candidate Davy Jones, it would be at least 18 months before it could become national Green policy.

But Mr Peake is adamant that harnessing the economic benefits of cannabis for the city is imperative.

He said: “The economic argument is compelling, particularly in these times when we are so short of public finance and we don’t know what we’re going to do about it.

“The Green Party is paralysed and doesn’t know how to do these cuts. There’s no choice because the central government grant to local government is being cut and something has to be done.

“It seems to me that there’s millions of pounds that should be coming into the public purse which are going into the hands of criminals instead. That’s madness.”

He plays down concerns about mental health, saying licensing would also regulate the type of cannabis on offer, reducing the concentration of psycho-active elements, THC, and making it legal would also make it less attractive to rebellious teenagers due to the absence of the forbidden fruit factor.

However, the plans were rubbished by the city’s Labour group leader Warren Morgan.

He said: “We would not support proposals to plug the council’s funding gap by selling cannabis from council-run shops.

“A study posted recently by Kings College London highlights the potential health risks to regular cannabis use, and we are committed to reducing smoking in all its forms and the negative impact it has on public health.

“The solution to council funding lies with the government in Westminster, not through councils selling drugs.

“Do Caroline Lucas and her Green Party colleagues really believe that selling drugs is a solution to the council’s funding crisis?

“Have they honestly thought through the potential harm that encouraging cannabis use, let alone more smoking, will do to future generations of young people?

“Even for the Greens, this is totally irresponsible, and yet another reason to vote Ms Lucas and her councillor colleagues out in May.”