Fifty Shades of Grey dominated a few of the exchanges during the fruitless attempt to set a budget and council tax for Brighton and Hove on Thursday evening (26 February).

Film and book fan Christopher Hawtree, known for his love of literary quotations, said: “Here we have the Green Party. Over there the blue. Over there a sort of shade of red.

“But what we are all enduring is the political equivalent of Fifty Shades of Grey.

“Our hands are tied, politically. We’re under the national lash – and ‘outsourcing’ isn’t the word to get us out of this. 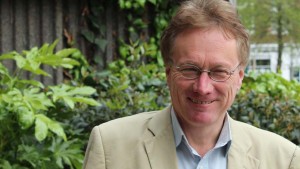 “Now you might think this metaphor is in poor taste but what I say to you is the national situation is in the worst possible taste.

“Cuts are being felt now, particularly across Hove and Brighton and Portslade.”

Councillor Hawtree said: “Why is all this being done?

“It’s the devolution of blame.

“Nationally they know that people living locally will blame the first level of authority – the council.

“We’ve all heard variants on the phrase ‘the blooming council’ – some rather stronger than that.

“Councillor Mogan mentioned casinos and that brought to mind a phrase – Labour is offering the political equivalent of scampi in the basket.

“It’s the same tawdry fare but they’re trying to disguise it with a bit of wickerwork and a napkin.

“I hear nothing substantial coming forward by way of sustenance.”

“It did make me feel that this chamber was your torture chamber.”

And Labour councillor Alan Robins – a paint salesman – said: “With all this talk of shades of greens and greys – I can supply you with any shade of whatever colour you want.”

Councillor Robins also said: “When I first came into this chamber four years ago, I couldn’t have been more nervous.

“Everywhere I looked there were men and women of great standing in this city – men and women with letters before and after their names, some with buses, streets or blocks of flats named after them.

“I wondered how I could live up to such towering intellects.

“Well, I needn’t have worried. As my dear departed mother would have said: ‘Most haven’t got a bit of common sense between them.’

“We have an administration whose financial spokesman – in an effort to justify a 5.9 (per cent) increase in council tax – tells hard-working people, some having to work 40 or 50 hours a week just to stand still, in all seriousness and without a trace of irony: ‘Don’t worry. You’ll only have to give up one grapefruit a week.’

“And a Tory opposition who can’t decide among themselves if they want Big Eric to come down and sort things out or not.

“It gives me no pleasure to say this is the most disliked administration I have ever known.

“Everywhere I go, everyone I speak to, the first thing they say to you is: ‘When can we get rid of the Greens?’

“So you might suppose that they would have tried to salvage something from this shipwreck.

“In the course of my work I have to use on-street parking about five times a day.

“Any increase could finish a small business and we cannot afford to deter visitors from outside the city from coming to Brighton because of the cost of parking.

“We’re asking a lot of small business and tradesmen to rebuild the economy and take on apprentices and train the next generation so we’re proposing to help support them by freezing on-street parking and traders’ permits.

“(With) any increase in parking charges, we add more costs to running the small businesses which we’re relying on to rebuild our economy.”

One of those present said that he appeared to have made the comments without even being required to by his party whip.