Parents of babies who were mistakenly given the wrong mother’s milk in hospital have faced a worrying wait for HIV tests. 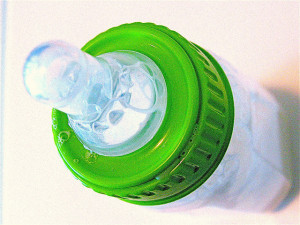 Since 2010 seven babies in the Trevor Mann Baby Unit at the Royal Sussex County Hospital in Brighton were mistakenly given breast milk from another child’s mother.

In five cases the mother whose milk they were given agreed to take an HIV test to put the worried parents’ minds at rest.

One Brighton mother whose milk was given to the wrong baby in January this year says she’s shocked that it has happened so many times before.

The mother, who wished to remain anonymous, said: “The hospital called me up three days after my son left the unit to say there’s been an incident.

“Another dad had accidentally taken my milk from the fridge and it had been given to his premature baby.

“They didn’t say whether he had actually given it to the baby but I wasn’t allowed to, a nurse drew it up and administered it through a tube.

“They said that the other parents were particularly anxious. They had reassured them I had had negative routine HIV and hepatitis tests in June but they were concerned that I may have contracted something since then.

“I was shocked that my milk was still knocking about rather than having to do the test. I asked what happens if I don’t and they said the baby would have to be tested.

“I totally understand that they are understaffed but something like this should be a priority to make sure that mix ups don’t happen.

“I was very surprised it had happened before – I got the impression that I was a one off. There should be measures in place that when someone leaves the ward, their milk gets disposed of.”

Brighton and Sussex University Hospitals NHS Trust, which runs the Royal Sussex, said: “We absolutely understand that on the very rare occasions when milk expressed by one mother for her baby is given to a different baby it can be extremely difficult and traumatic for the parents involved.

“We do our utmost to manage the situation extremely sensitively.

“We have a series of very strict protocols around the storage of expressed milk and the administration of it to the babies in the Trevor Mann Baby Unit.

“Unfortunately, in the last four years there were seven occasions on which those protocols were not followed as closely as they should have been by individual staff and, as a result of this human error, mistakes were made.

“The nurses who work on the Trevor Mann Baby Unit have an extremely difficult and complex job and are some of the most highly trained and skilled staff in the hospital.

“They continue with their programme of training and education throughout their careers and on the very rare occasion that errors do occur we ensure these are fully investigated and the lessons learnt are shared with staff across the unit.

“We also continue to look for methods to prevent all such errors occurring.”