Sussex University steps up efforts to help students with autism

Sussex University is stepping up its efforts to cater for people with autism. It is holding a summer school for the first time this year to help young people make the transition to new surroundings.

The drop-out rate is much higher among people with autism even though they may be academically bright and well-suited to their degree course.

The higher education sector as a whole is coy about the numbers. But some experts have suggested that about seven in ten students with autism leave before the end of their first year.

The summer school is in part a recognition of the need for familiarity and routine that is a characteristic of many people with autism.

A key aim is to give some of these young people the chance to become more familiar with strange surroundings before they have to navigate them for real as a fresher. 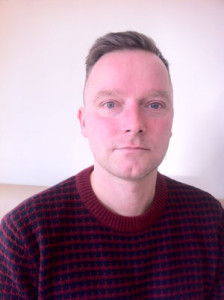 Chris Girvan, 44, of Hove, proposed the summer school at Sussex and will be the co-ordinator when it takes place in September.

Sussex is one of the first universities to offer a summer school to students with autism. Their numbers on campus have soared as part of the general expansion of higher education, including in Brighton.

Mr Girvan is a PhD student in social cognitive development, focusing on children, education and technology. And he can often be found in the university’s ChaT Lab – or the Children and Technology Lab – part of the Developmental and Clinical Psychology Group.

He said: “We are interested in how technology can be used to understand and support children working and playing together, at school and at home, in typical and atypical development, with peers, with parents and with teachers.”

Mr Girvan is a governor of three local schools for children with a range of complex needs, the CDP Federation. The federation includes the Cedar Centre, Downs Park and Patcham House.

Asked why he was running the summer school on the Sussex campus at Falmer, he said: “We’re providing a taster.

“We want it to enhance social and vocational skills. We want the transition from school to be good.”

It is part of the university’s Widening Participation agenda and this year Sussex will welcome a group of year 13 students who have been offered a university place.

Mr Girvan, who will be helped by a team of volunteers, said: “We’ve got real expertise on campus and people who are willing to do this. 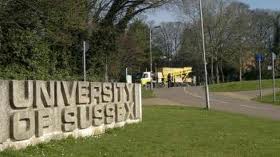 “We’re aiming for 20 students. On the social and cultural side they’ll be assisted by a team of about 15 specialist ‘red coats’ who will be trained in coaching and mentoring.

“On top if that we’ll have eight or nine academic teaching staff providing sample lectures.”

Mr Girvan is optimistic that the level of support on offer – and which is recommended by experts in the field – will pay dividends.

If more young people with autism fulfil their potential and stay the course, it will be a lesson not just for Sussex but for the university sector as a whole.

His drive to help sixth formers with autism to become fully fledged undergrads comes at a time when parents locally are worried about a potential policy setback.

Mascot, a parent-led charity that supports families of children with autism, has concerns about possible changes to the rules for home to school transport.

It has responded to a consultation carried out by Brighton and Hove City Council.

The charity fears that some of the changes could be illegal and possibly life-threatening.

It said: “There are a number of points in the proposed policy which we feel do not fully take into account the needs of children and young people with autism.

“Many children and young people with autism lack road safety and crossing the road, even just to reach a bus stop, can be a life-threatening activity.

“If a child has a SEN (special educational need) and/or disability, the local authority should not seek to introduce additional criteria for school transport.”

To learn more about the summer schools, email Mr Girvan on cg264@sussex.ac.uk.