A man who exposed himself and sexually assaulted two women in Hove has been jailed.

Gerard O’Brien, 24, a landscape gardener, of no fixed address, is on the sex offenders register but failed to notify police of his address and his plans to go abroad. 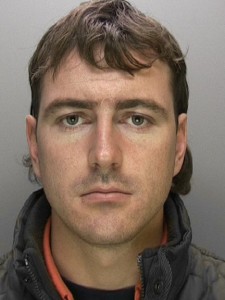 When he came back from a trip to Australia he was arrested at Heathrow and taken to court the next day.

Yesterday (Thursday 12 March) at Crawley Magistrates’ Court he admitted the latest two offences and was jailed for 16 weeks.

said: “O’Brien was arrested by police at Heathrow on his arrival on a flight from Melbourne via Kuala Lumpur on Wednesday (11 March).

“Sussex Police officers attended and took him to Sussex where he was interviewed and charged.

“He had been sentenced in September 2013 at Crawley Magistrates’ Court for two offences of sexual assault against two women and one of exposure in Hove while he was living at an address in Bentswood Crescent, Haywards Heath.

“He received a community order and was required to register as a sex offender for five years.”

Detective Chief Inspector Pierre Serra, of Sussex Police, said: “Due to our close contacts with other agencies, we received intelligence about O’Brien’s travel and arranged for him to be arrested on his arrival in this country.”