A Hove school has appointed a new head teacher.

Blatchington Mill School said that Ashley Harrold, currently the deputy head, would take over the top job from September.

His appointment follows the announcement by the current head Janet Felkin that she would retire at the end of next term.

Mr Harrold said: “I am honoured and privileged to be appointed head teacher from September. 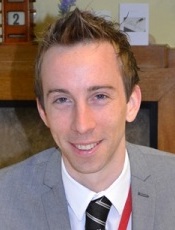 “I have worked at Blatchington Mill since September 2012, having worked in two London schools previously.

“I started at Blatch as assistant head, being promoted to deputy head and now to head teacher.

“It is a remarkable school and community in so many ways and I will strive to build on the foundations that make the school such a strong, caring and welcoming community.

“Our greatest assets are our staff and students and in both we have such high quality.

“I believe in, and am committed to, success for every student. With the right support and challenge we will ensure that all students achieve their incredible potential.

“We will focus on the very best teaching and create a love of learning that will inspire further study and success.

“We will judge ourselves, as we must, on the results our students achieve but also on their wellbeing and happiness, their tolerance and respect for one another and the world, and the destinations and further study they go on to when their journey at Blatch is complete.

“On all of these measures we will aim to excel. 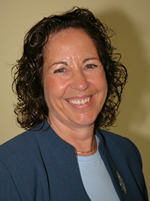 “I am incredibly excited to begin in September and look forward to taking Blatch through the next stages of its journey to excellence.”

Ms Felkin said: “I am delighted that Ashley Harrold has been appointed to the headship at Blatchington Mill School and Sixth Form.

“He has an understanding and insight into the school gained from his role on the current senior leadership team that I know he will put to good use.

“More importantly, he has the vision and drive to take this school to even greater heights.

“I shall enjoy working with him until I retire at the end of this academic year to ensure the best and smoothest handover.

“This is a very positive and exciting moment in Blatchington Mill School’s history.”

Peter Sowrey, the chairman of governors, said: “Governors were delighted with the strong field of candidates who applied to lead Blatchington Mill School and Sixth Form College from September.

“After a series of selection processes, all those involved were unanimous in their decision that Ashley Harrold, currently deputy headt eacher at Blatchington Mill, should be the next head teacher of the school.

“His passion for teaching and learning, his focus on believing in the highest achievement for students and his aim to build on the success the school has achieved under Janet Felkin’s leadership stood out and made Ashley the stand-out choice to lead ‘Blatch’ into the future.”