A woman says she is being let down by the “crumbling” NHS after her operation at the Royal Sussex County Hospital was cancelled at the last minute because of a bed shortage. 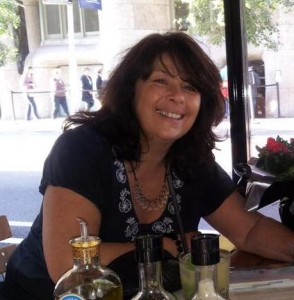 Susan Levy before her illness

Susan Levy, 51, had a parastomal hernia diagnosed in November after having to go to hospital with vomiting and pain.

She was put on the waiting list for urgent surgery in December and eventually a date in March was set. It was later cancelled because the surgeon was not available and rescheduled for today (Friday 10 April).

But last night, she received a voicemail telling her that it couldn’t go ahead as there weren’t enough beds.

Ms Levy, who works for the University of Sussex as an IT trainer, said: “I picked the voicemail up while I was doubled up in pain and it just floored me.

“I wasn’t even angry. I just felt desolate and desperate because life is so difficult. I’m somebody who wants to live my life and not be ill and stuck at home.

“Our crumbling NHS is letting me down badly.”

Ms Levy, says that she believes the shortage was most likely because of bed blocking, an issue raised last month by Healthwatch Brighton and Hove. Healthwatch found one in three patients on four wards were ready to leave but not discharged during an unannounced visit.

In May, Ms Levy’s colon was removed to treat ulcerative colitis. She said that there were at least two or three people on the ward then who were ready for discharge but not able to be moved.

Ms Levy, who lives in Lancing with her eight-year-old son Frank, said: “I frequently met women who were asking if they were going to go home but the staff kept telling them they hadn’t found them a place anywhere for them to go to.

“There should be special wards staffed by healthcare assistants for people who are in this unfortunate situation.”

Brighton and Sussex University Hospitals NHS Trust apologised “unreservedly” to Ms Levy but said that the decision had been made to ensure patient safety.

The trust said: “We fully understand the distress and frustration that this has caused Ms Levy and we apologise unreservedly to her.

“Unfortunately, during times when our hospital is very busy we have to ensure we maintain the highest standards of safety and quality for our patients and it is sometimes necessary to cancel some surgery for patients and rebook their operation as soon as possible.

“It is not a decision we take lightly but unfortunately it is sometimes necessary due to the extreme circumstances.”