1) The spareness of the crowd with ten minutes to play was shocking with white seagulls seats on view everywhere. 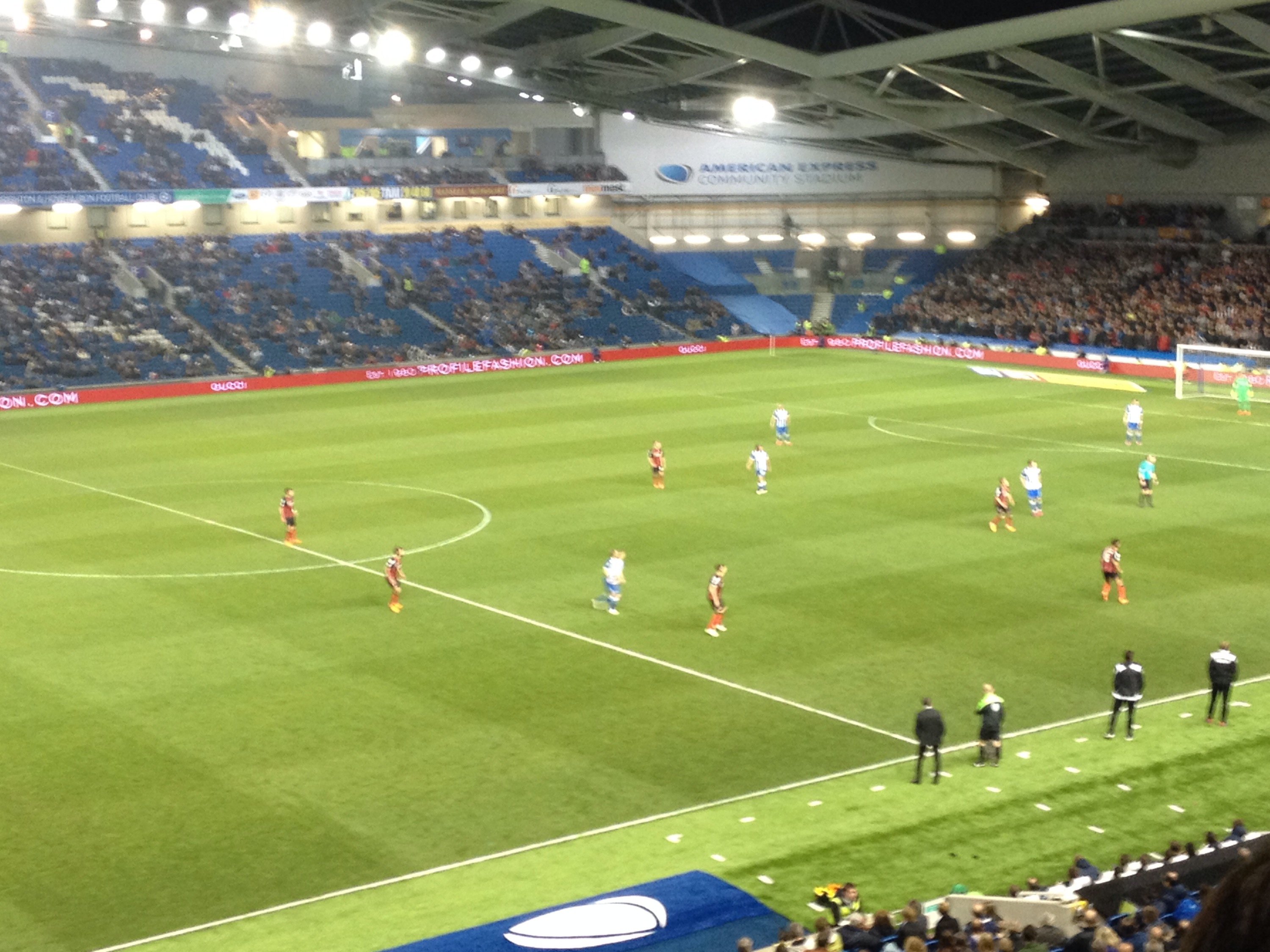 2) Albion didn’t muster a shot on goal until the 55th minute.

3) Albion remain nine points ahead of Milwall and Wigan. However, Millwall have a game in hand against Blackburn Rovers on Tuesday 21 April.

4) Bournemouth broke with speed and purpose, with six or seven players at times racing forward to join the attack. Albion punted the ball up-field towards the uninterested looking Leon Best with Joao Teixeira and Dale Stephens occasionally joining in.

5) No Albion player has scored a goal since Bruno netted against Wolves on Saturday 14 March.