The Parole Board says it is determined to learn lessons from the case of a man who stabbed his Hove neighbour in the head while on parole for killing another of his neighbours 29 years ago.

Keith Williams, 48, of Sackville Road, was jailed for life on Monday for the attempted murder of Amaris Hatton at her flat next door in September last year.

It emerged that he was on life licence after serving 26 years of a life sentence for the manslaughter of pregnant teenager Melinda Croft, whose burning body was found by firefighters after also being repeatedly stabbed.

The Parole Board has now completed a review of the case, and says learning points have been identified as a result.

Melinda’s sister Paula Croft, who moved from the family home in Hastings to Shrewsbury following the attack, said: “I think it’s absolutely terrible that he was every given parole. He was in prison because he’s a dangerous psychopath.

“I can’t believe he got out to attack that lady – the things he did were horrendous. Thank god she wasn’t killed.

“I know the scars will heal, but the emotional stuff you go through – how on earth can she ever get over that? I really feel for her.

“The parole board is made up of lawyers, psychiatrists, really important people, I can’t believe they allowed that to happen. 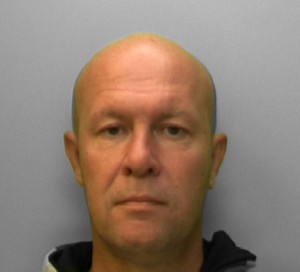 “When he was sentenced for the manslaughter of my sister, three top psychiatrists said there was no treatment for him which would alleviate his state of mind. They called him a psychopath.

“It was horrendous when he was released – our family all just said he’s going to do it again and we were extremely upset. We knew it was just a matter of time before he attacked again.

“He’s never shown any remorse in all the years he was in prison. We were told by the parole board and the prison service that he would never be released from prison all the time he still posed a risk. Clearly that didn’t happen.

“I think somebody needs to be held accountable.”

A spokesman for the Parole Board said: “The board deeply regrets the circumstances which led to Keith Williams carrying out an attempted murder following a Parole Board decision to release him in October 2013.

“In cases such as this one, the board is committed to doing everything it can to learn the lessons that will help to prevent further tragedies.

“To this end, the Parole Board has a Review Committee which includes two senior independent figures to identify any lessons that need to be learned for the future. This case has now been considered by the Review Committee and learning points have been identified.

“Keith Williams was serving a Life sentence when the board reviewed his case in October 2013. Life sentences carry a minimum term, or tariff, which the sentencing court imposes for the purposes of punishment and to reflect the gravity of the offence.

“Once a life sentenced prisoner has served the tariff, or minimum term of imprisonment fixed by the sentencing court for the purposes of punishment and deterrence, he is entitled to regular reviews of his continued detention.

“The Parole Board makes its decisions by assessing the risk the prisoner presents to the public. It may only direct the release of a life sentence prisoner if it is satisfied that it is no longer necessary for them to be detained in order to protect the public from harm.

“When making its decision the Parole Board will take into account the nature of the index offence, the prisoner’s offending history, the prisoner’s progress in prison, any statement made on behalf of the victim(s), psychologist’s reports, probation officer’s reports, prisons officer’s reports and any statistical risk assessments that have been completed. There must also be a comprehensive resettlement plan in place.

“The Parole Board takes its responsibility to protect the public extremely seriously. Parole Board members are provided with robust training and, when deciding whether or not to release a prisoner, the protection of the public is always their primary concern.”

Keith Williams killed 17-year-old Melinda Croft after living next door to her and her fiance Alex. Paula said he became obsessed with her and made life so uncomfortable that Alex told him to leave her alone.

He then moved away, but came back on a night when he knew Alex would be out with friends and pregnant Melinda would be resting at home.