Brighton burglar brought to book because of his boot

A serial burglar from Brighton has been jailed six weeks after he broke into a seafront flat because of the boot mark he left when he kicked in a door.

He stole cash, a laptop and other electrical items as well as the key to the owner’s Toyota Yaris car which he drove away.

The car was found half a mile away three days later but there was no sign of Hughes or any of the stolen property. 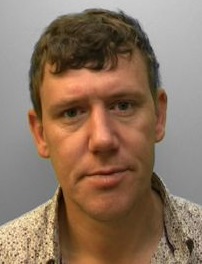 Shortly afterwards Hughes was stopped on suspicion of drugs offences. Officers searched his home where they found items stolen from the flat in Marine Parade.

And when crime scene investigators examined Hughes’s boots they found that the tread was an exact match to a faint outline of a footprint left on the front door in Marine Parade.

Sussex Police said that the evidence from his dirty boots, the stolen items at his home and CCTV of Hughes approaching the home before the break-in, convinced him to plead guilty to the burglary.

He was jailed for three years when he appeared at Lewes Crown Court on Thursday 28 May.

Detective Constable Richard Valder-Davis said: “The forensic teams were able to prove beyond doubt that the mark on the door had been made by one of the boots we took off Hughes.

“The footprint they managed to lift from the door was a perfect match.

“It shows it’s not just fingerprints and DNA that can be left behind by burglars – and we will use any evidence that can identify who is responsible to bring the offenders to justice.”

Anyone with information about burglaries or shops selling stolen goods is asked to phone Sussex Police on 101 or email 101@sussex.pnn.police.uk.

The force said that anyone who sees or hears a burglary taking place should call 999 immediately.

The force said that if property was stolen, it could then be reunited with the owner – and help ensure that offenders were prosecuted.

To watch a video about Immobilise and how it works, visit www.youtube.com/watch?v=0XZ66WEER_c.