Fire crews are tackling a blaze in a block of flats just off Brighton seafront.

East Sussex Fire and Rescue Service has sent five fire engines to deal with the fire in Western Street, just behind the Mercure Hotel and close to the Embassy Court flats.

The block has been evacuated while firefighters try to bring the fire under control.

Black smoke was visible as crowds gathered to watch huge tubes of metal brought ashore for the construction of the i360 observation tower.

Incident commander Matt Lloyd said: “We were called to a flat fire at 7.17am.

“We found a severe fire affecting the top floor flat and roof space.

“One person was conveyed to hospital with burns and smoke inhalation.

“All other persons were accounted for.

“Because the roof has collapsed we’re damping down.

“At the height of the incident we had five fire engines and one aerial ladder platform with six people committed in breathing apparatus.

“Two crews attended from Hove, two from Preston Circus, one from Lewes and the incident command unit from Lewes.

“Our crews did an absolutely fantastic job in stopping the fire. There was a strong wind this morning so they did a great job to stop it jumping properties.” 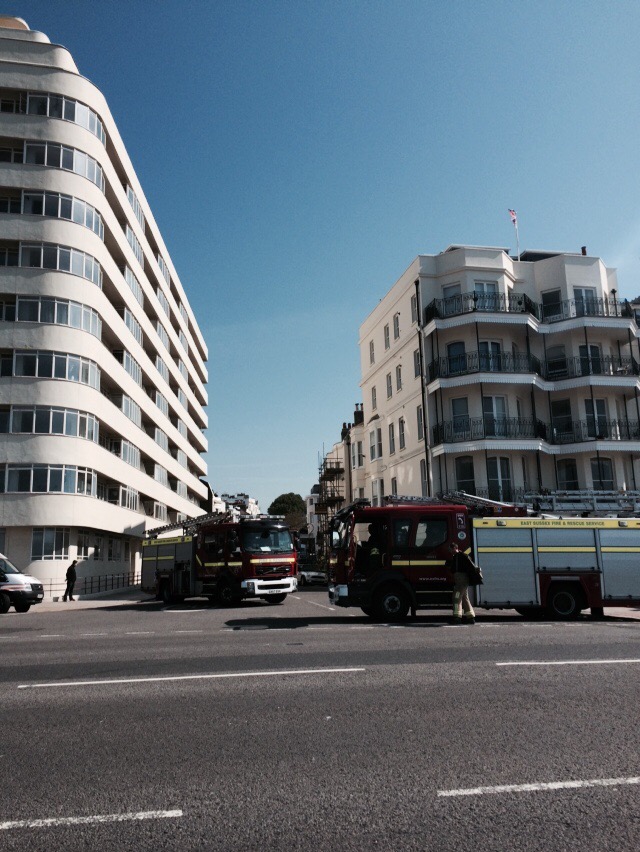