Police have today released an image of hundreds of nitrous oxide canisters left carpeting the grass in the main tent at Shakedown Festival in Brighton this weekend – despite a festival ban on the so-called hippy crack. 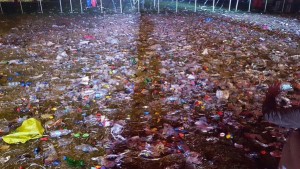 While using nitrous oxide, most commonly known as laughing gas, is not currently illegal, calls have been made to ban the substance following several deaths.

Earlier this year, Brighton student Aaron Dunford, 22, of Roundhill Crescent died of asphyxiation after taking the so-called legal high, one of a clutch of deaths linked to the drug in recent years .

And the drug was also linked to two arrests at the festival itself: one where a man in possession of thousands of the canisters tried to pass himself off as a St John Ambulance officer, and another where two security guards were attacked while ejecting a man suspected of selling nitrous oxide.

The Shakedown website informs revellers not to bring canisters to the festival in either balloons or canisters, as well as any other legal highs which it warned would lead to entry being refused.

Festival director Matt Priest said: “Nitrous Oxide was a banned substance at this year’s event. We operated a strict search policy and anyone found in possession was ejected.

“We delivered on the conditions of our license and the wishes of the licensing team and will continue to work to minimise its use at future shows.” 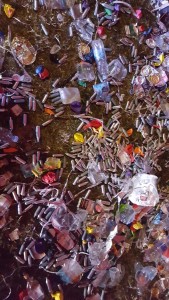 This week Lambeth Council became the first local authority to ban the substance, and the government is expected to outlaw it across the country, making selling it punishable by up to seven years in prison.

The 29-year-old man from London who passed himself off as a St John Ambulance officer was arrested on suspicion of fraud by false representation and later cautioned for the offence.

A 22-year-old man from Chingford, London was arrested on suspicion of assault occasioning actual bodily harm after two security staff were assaulted when ejecting a man suspected of selling nitrous oxide canisters.

Police ask for help putting Brighton burglar back behind bars

Gang beat up and rob man on Brighton seafront