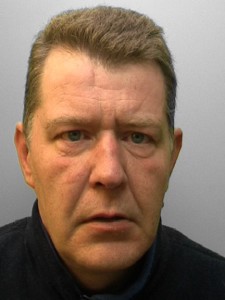 Mark Furnevel, 46, of Dorset Gardens, Brighton, pleaded guilty to having five “indecent images” of young boys, all of which were taken from the internet.

Four of the five offences related to material regarded as being at the highest level of seriousness, Sussex Police said.

Sussex Police said: “A SOPO, which restricted his access to children, had first been imposed at Central Sussex Magistrates’ Court hearing in September 2004 when he was sentenced to a non-custodial sentence for possession of indecent images.

“As a result of further police inquiries, in April 2012 he was convicted of breaching the order by obtaining further indecent images and was given a 12-month community order.

“He was again arrested in 2013 for breaching the order and, while on bail, police-installed remote monitoring software, which had been installed on his computer by authority of the court after he was arrested, detected that he had again breached the order.”

The new order last until further notice and is intended to restrict Furnevel’s contact with children and his access to computers.

He will also be a registered sex offender for an indefinite period.

Sussex Police said: “The first four years of the sentence will be served in custody and the further one year will be served on extended licence supervision.”

Detective Constable Dawn Robertson, of the Brighton Safeguarding Investigations Unit, said: “Furnevel has again breached the terms of his prevention order. However, we have detected this activity and the court has recognised this in the sentence that has been imposed.”