Brighton & Hove Albion: Hughton “we can’t have everything go our way”

By Tim Hodges from the Albion Press Conference

Albion boss Chris Hughton told Brighton & Hove News this lunchtime that training so far this week has been positive after the frustrations of last Saturday’s draw away at Wolves. But was quick to point out Albion can’t use their lofty league position to expect the opposition to yeild too easily. He said ” you very quickly realise  after a game like that , if there have been frustrations it does hit home. Could we have done anything better?  But we were up against a young and energetic side that defended very very well on the day. 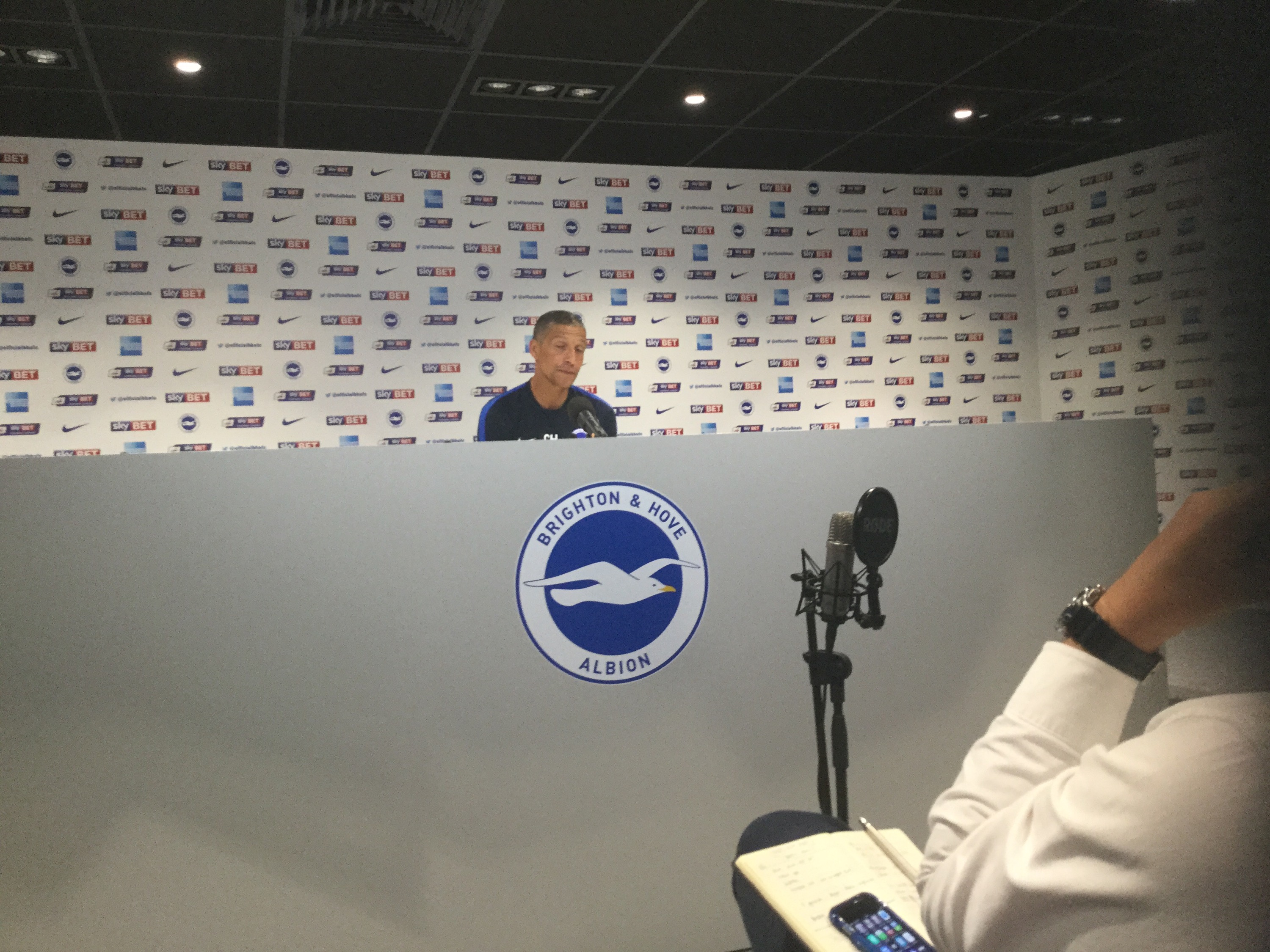 “We can’t have everything go our way , before  the game if you had known you were going  to get a point against a Wolves  team that were play off material last season,then you’d take that as a good result .  And I think that is sometimes where the reality hits home”

Hughton also discussed Albion’s penalty taking situation telling us that he expects Tomer Hemed if selected to still take Albion’s penalty kicks, adding that “you only want a player not take one if he doesn’t want to take it.” It’s an unfortunate part of the game. Some are going to miss and some goal-keepers are going to make very good saves.”