Volunteers flag up food waste by ‘Feeding the 5,000’ in Brighton

Dedicated food waste campaigners served up 5,000 free meals on The Level in Brighton yesterday (Thursday 29 October) made from food destined for landfill.

Saskia Wesnigk, one of the event organisers from the Food Waste Collective, said: “We intercept food, usually dry goods by the kilo-bag. Imagine a 25kg bag of rice that has been opened for quality control, then it can’t be sold.

“You can’t just throw that in the bin, can you.” 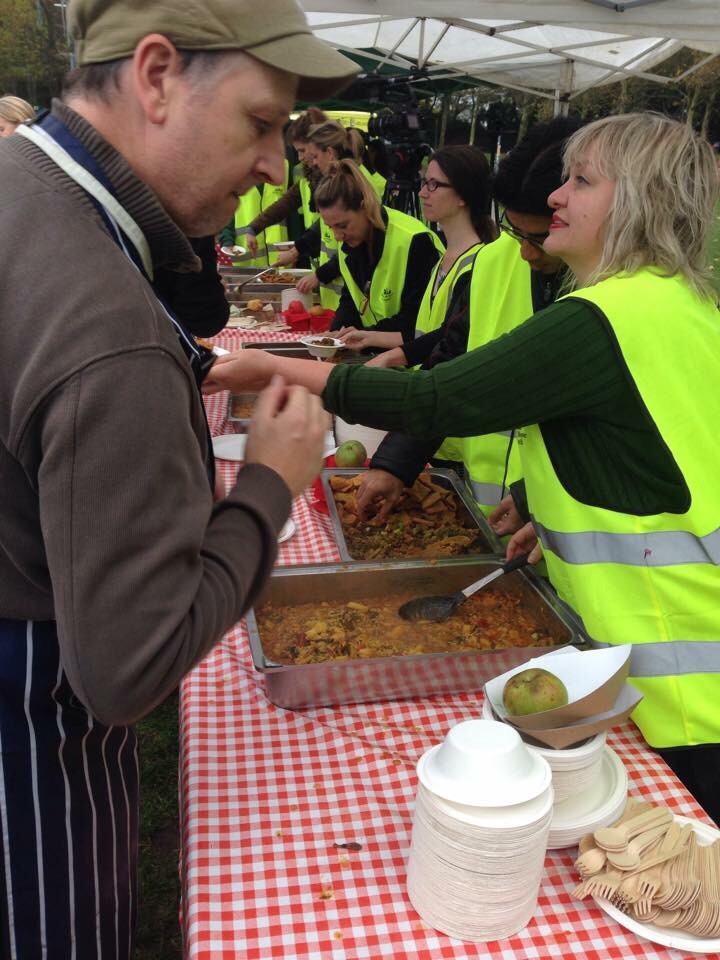 The Brighton and Hove Food Partnership, the Food Waste Collective, the Real Junk Food Project, Fareshare and Love Activists Brighton were among the organisations involved in Feeding the 5,000 in Brighton.

Feedback, an organisation aimed at tackling global food waste, provided guidance and support to the organisers. Brighton and Hove City Council and both Brighton University and Sussex University’s student unions were involved in the event.

The government estimates that food and drink waste in the UK totals about 15 million tonnes a year.

According to government figures, the average cost of food going to waste is about £470 a household a year. 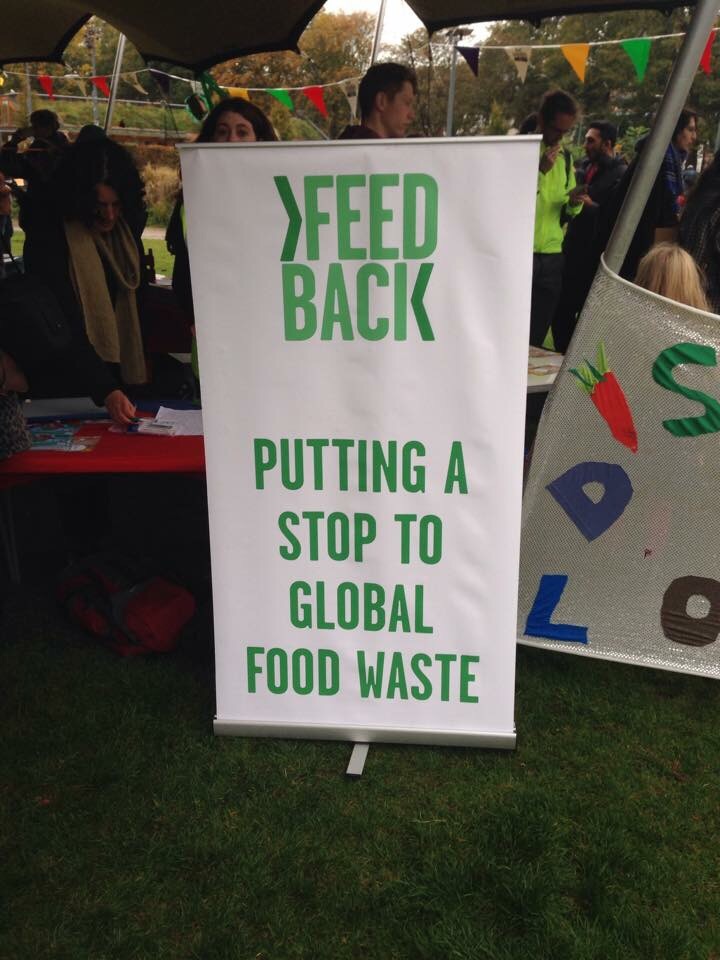 Adam Buckingham, founder of the Real Junk Food Project, said: “What we are doing here is what we do every week.

“I want to be involved in this project because it’s incredible, it’s momentous, it happens globally and it is the best way of spreading awareness about the travesty and the criminal thing, which is food waste.

“We are doing this to show our government the absurdity of this matter.” 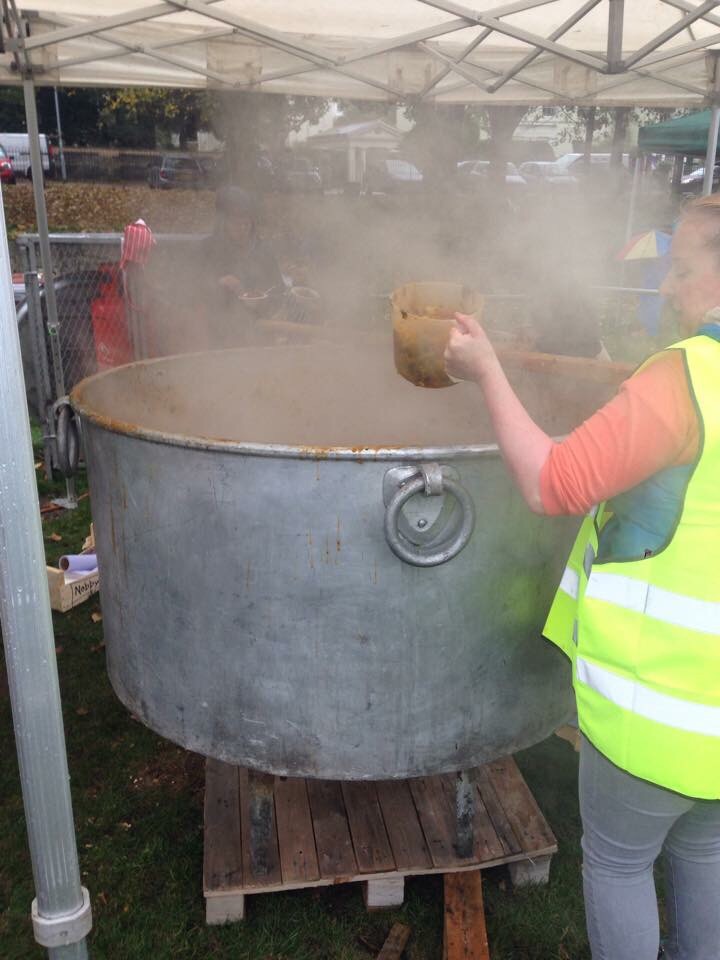 Caroline Lucas, the Green MP for Brighton Pavilion, backed the event and said: “In the coming months I’ll be working with colleagues across the political spectrum to tackle food poverty and drastically cut the scandalous amount of food wastage we see in the UK.”

Activists from around Sussex, as well as national pressure groups such as Fareshare and Feedback, have stepped it up a notch with this event, aiming to increase local action and national awareness of the problem.

Isabel Lincoln, a volunteer from another group involved in the event, Love Activists Brighton, said: “A key thing is that the event targets people that need it and that we are advertising in an effective way.

“We are here to help people who are homeless and need more support but also to boost people’s skills and self esteem in their ability to reduce levels of waste on a smaller scale.” 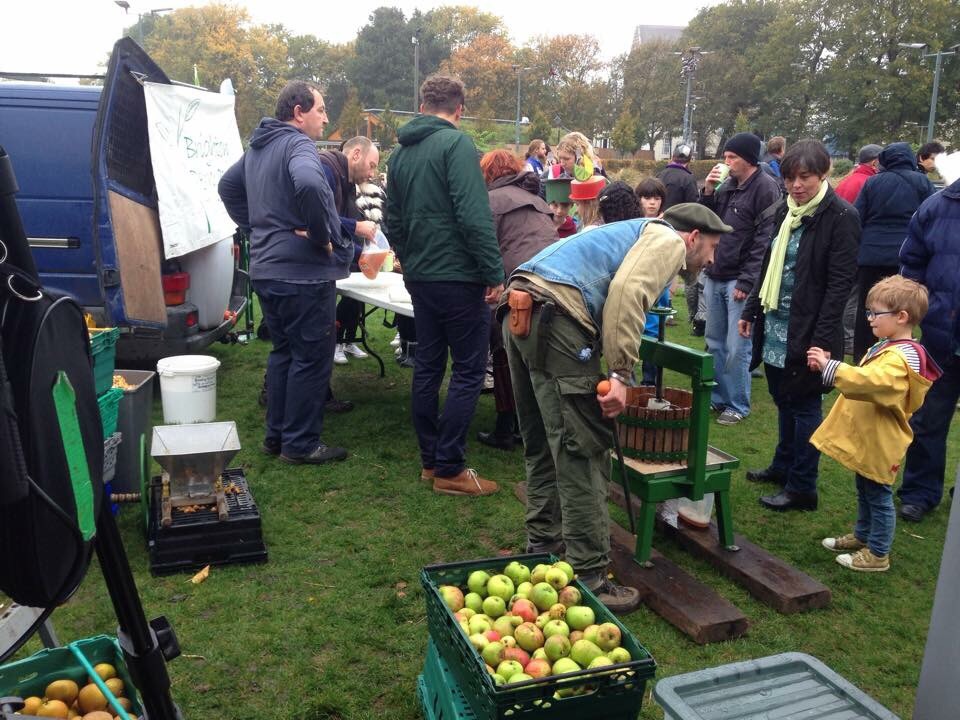 Love Activists Brighton are an offshoot of a national organisation, born from a consensus to help rising numbers of squatters and homeless communities over the past few years.

They have been running street kitchens, as well as supporting the homeless by creating shelters and redistributing food since last January.