Brighton and Hove on course to merge special schools

Members of Brighton and Hove City Council agreed that officials should draw up more detailed proposals and begin consultations.

The proposals are also expected to lead to two pupil referral units – currently on three sites – being brought together as one unit on two sites.

Councillor Tom Bewick, the Labour chairman of the council’s Children, Young People and Skills Committee, was at pains to point out that the proposed changes were being driven by a desire to improve services for children. 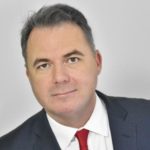 The changes will predominantly affect children with special educational needs and disabilities but also adults with learning disabilities.

They are happening on the back of new legal requirements and as the council’s grant from the government is cut.

Councillor Bewick said that while the changes were not financially driven, there would be savings.

The council will also have at least two potentially valuable sites that could be sold – the pupil referral unit in Dyke Road, Brighton, and Patcham House School.

Another property – Penny Gobby House, in Hove, which houses the Jeanne Saunders Centre – could also be vacated and sold.

Councillor Vanessa Brown, who speaks for the Conservatives on children, young people and skills, said that any changes were sensitive and had to be handled with sensitivity.

But, she said, there had been confusion with changes in learning support taking place in mainstream schools.

She said that she and her colleagues supported the proposals being worked up – the personalised pathways and integrated services.

And, she added, anything that eased the transition phase to adulthood was to be welcomed.

The proposal for the reorganisation of special school provision seemed sensible, she said. Two of the schools were even in the same road. 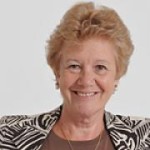 Councillor Alex Phillips, who speaks for the Greens on children, young people and skills, said that she was concerned that the proposals were paving the way for the privatisation of the services under review.

She asked a series of questions, some of them drawing on her experience as a school teacher.

The council said: “The overall aim of the proposals is to improve services in the city for children and adults with special educational needs and learning disabilities within a very challenging financial context.

“The proposals do not reduce the number of specialist places for children with SEND (special educational needs and disabilities) or SEMH (social, emotional or mental health) issues – indeed they will show a small increase overall.

“Everyone who is assessed as needing SEND or SEMH support will continue to receive support that meets their needs. There will be no reduction to teacher / pupil ratios, class sizes or support staff needed.”

The council said that the key themes in the proposals were

“In some cases this means that children have to attend schools outside the city in order to have their needs met while other schools in the city have only a small number of pupils. This is both difficult for the families involved and very expensive. The proposals aim to improve the service that we offer.

“Cuts to our grants from central government mean that we have to reduce our spending by around £68 million over the next four years.

“These cuts alongside rising costs and demand, especially in areas such as children and services for our older residents, mean that we have to do things differently.

“We want to reduce management and buildings costs where we can and to reinvest the money in delivering the full range of services that families are asking for.

“We need to do this but in a way that minimises the impact of any changes on the most vulnerable and ensures a smooth transition to any new models of delivery.

“These are proposals and if they are agreed we will start a public consultation. I am always keen to hear from residents and service users.”

The council said that individual meetings would be arranged with all the people who use the council’s SEND / SEMH services and their families or carers.

At those meetings, any proposed changes that might affect individuals would be discussed along with how to resolve any issues resulting from the changes.

The council added: “These proposals should not be confused with the Learning Support Service redesign which is taking place at the same time.” 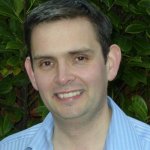 The council wants to merge Hillside Special School and Downs Park Special School to form one school in the west for the full range of cognition and learning needs. It would cater for pupils aged 5 to 16 years old – key stages 1 to 4. It would operate from both of the current school sites but under one leadership team and governing body.

The council wants to expand Downs View Special School to create one school in the east for the full range of cognition and learning needs. It would cater for pupils aged 5 to 19 years old – key stages 1 to 5. It would be based on the current Downs View School site which will be expanded as necessary.

The council wants to merge the Cedar Centre School, Patcham House School and Homewood College. The new merged school would cater for children with social, emotional and mental health (SEMH) needs to form a specialist school in the city centre catering for pupils aged 5 to 16 years old – key stages 1 to 4. It would be based on the current Cedar Centre School site.

The council plans to merge the two pupil referral units – the Brighton and Hove Pupil Referral Unit and the Connected Hub – to create a single central pupil referral unit. It would cater for pupils with social, emotional and mental health needs aged 11 to 16 years old – key stages 3 and 4. It would be based on two of the three current sites – Lynchet Close and Tilbury House. The Dyke Road premises would no longer be required.

The council added: “Children who are currently attending full time at the primary Pupil Referral Unit (PRU), based at Lynchet Close, with statements of special educational needs or EHC (education, health and care) plans naming this provision, will move on to the roll of the specialist school in the city centre(SEMH).

“Anyone attending the PRU part time will receive additional funding support in their part-time mainstream school.”

Councillor Dan Yates, the Labour chairman of the Health and Wellbeing Board, stressed that the proposals were broad outline proposals that would be the subject of consultation.

They were approved at a joint meeting of the Health and Wellbeing Board and the council’s Children, Young People and Skills Committee at the Brighton Centre.