This afternoon’s statement from George Osborne may have contained u-turns on some of its more unpopular policies – but it has still been strongly criticised by many city leaders. 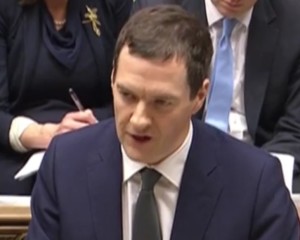 The spending review includes five years of cuts to the Government grant received by local councils – although Mr Osborne said that forecast increases to other sources of income, such as being able to increase council tax by an extra 2% to pay for social care, councils would be better off in 2019/20 in cash terms.

While the Government has pledged £2bn to boost home ownership through measures such as starter homes, there was little to improve things for those renting privately.

And Sussex Defend the NHS said an increase in health spending was not enough to cope with growing demand.

However, Sussex Police welcomed the protection of the policing budget – and the decision not to raid lottery money was also praised.

“The housing measures announced today will harm, not help those in Brighton and Hove who need truly affordable housing.

“The overall budget for Brighton and Hove City Council will be cut by £145 million between 2011 and 2019, 2% more on council tax will only help a little.

“Council tax would have to be increased by 30% to offset the cuts to council spending. We’ve cut spending by £8 million in six months.

“Cuts to jobs and services that everyone in Brighton and Hove use are directly and unavoidably caused by the Conservative Government.

“It is wrong to cut our ability to deliver services, grow our economy and build homes whilst pursuing a £10 billion Whitehall surplus.

“It is wrong for the Chancellor to announce an extra £30 billion for transport infrastructure yet leave out the Brighton to London rail line.”

Chief executive of Brighton Housing Trust Andy Winter said: “Mr Osborne announced a range of spending measures to resolve what he described as a “home ownership crisis”, but almost totally ignored the crisis in affordability and in renting.

“The devil is in the detail and Hometrack (a property analytics business) has estimated that Starter Homes will not be viable in 57 local authorities in London and the South East. Shelter has a more pessimistic evaluation.

“He committed an additional £10 million to tackle homelessness, less than £30,000 for each local authority. Compare that to the £2 billion per annum he has committed to shared ownership, starter homes (now classified ‘social housing’!) and rent to buy. And then there was the Zero Millions committed to homes just for rent!”

He did welcome some items, including £600 million for mental health services to improve access to talking therapies, £1.5 billion for the Better Care Fund, and the decision not to raid the Big Lottery Fund is excellent news to charities, large and small.

Chief Constable Giles York said: “We welcome the announcement that there will not be further cuts to the policing budget in England and Wales.

“We will await further announcements in mid-December on the finer details of the policing budget, in order to assess the impact for Sussex. Investments in collaboration, specialist capability and counter terrorism functions may impact on the funding available to individual police forces. The Home Secretary indicated that there will still be a reduction in police grants and therefore the force expects to have to find more savings.

“Sussex Police is prepared for future financial and operational challenges, and has a plan for delivering financial savings of around £60 million over the next three financial years up to 2019.

“With ongoing demands on policing – particularly cyber crime and counter terrorism – and the funding challenges we will continue to focus on local policing outcomes and collaboration with Surrey Police as part of our Policing Together programme.

“I can reassure the public that Sussex Police is a 24/7 emergency service which will always focus on the needs of those who are most vulnerable.”

Sussex Defend the NHS said an extra £3.8bn next year as a downpayment on the £8bn in annual funding estimated to be needed falls short of the £30bn shortfall in the next five years, and plans for £22bn ‘efficiency savings’ simply can’t be met in a service already cut to the bone.

Janet Sang of Sussex Defend the NHS says “The gradual destruction of our NHS shows no sign of abating with this level of funding and this will directly transfer to problems for people across Sussex.

“This means longer queues in our local hospitals, another A&E winter crisis with ambulances being turned away from Sussex hospitals because they are on black alert, more GP practices closing in Brighton and poorer public health.

“All the while money that is desperately needed for health services goes into the pockets of shareholders from the private healthcare firms like Optum who are capturing more and more of our local health provision”.

“To address the real needs of patients we need to fund our NHS to somewhere near the OECD average of 10% of GDP rather than continually underfund it and sell it off for profit.

“And with the changes to welfare provision and adult social care attacked in this latest spending review we will see more and more people needing to depend on shrinking services.”