Sussex Police are inviting public views on a new draft set of three posters aimed at everyone who enjoys a night out in the hundreds of pubs and clubs across Brighton and Hove. 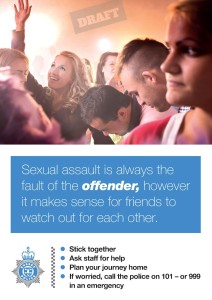 The force is keen to ask for views after it was inundated with complaints last time it issued a poster which critics said suggested that rape victims were to blame for being assaulted.

One of the new posters explicitly addresses this by saying sexual assault is always the fault of the offender, but it makes sense for friends to watch out for each other.

Police research showed that in Brighton, during the 12 months to the end of March 2015, 247 recorded rapes or other serious sexual offences took place during the evening or night, mostly in the city centre.

They represented 68 per cent of the total of all such offences committed in the city during that year.

For the period April to November 2015, 255 out of 386 serious sexual offences in the city took place during the evening or night, showing a further increased trend towards night-time offences.

The messaging in the posters tackles improper perceptions of sexual consent, encourages friends to watch out for each other and calls for people to report any suspicious behaviour to police.

Detective Superintendent Paul Furnell said: “The poster concepts and design have already taken into account the views so far of our many partners, from local authorities to voluntary agencies, but this is always an important and sensitive issue and we think the wider public will have some constructive ideas too.

“Let us know what you think.”

The consultation, which is running online here, is open until Friday (11 December).

Fabia Bates, director of the Brighton-based Survivors Network, said: “It’s good to see Sussex Police putting the issue of consent front and centre while also encouraging debate about how we can all work to prevent sexual violence.”

Once all views are assembled, the police will be consulting again with partners before deciding on the final versions, which are expected to be available on social media and in pubs and clubs in the city early next year.

If you have been sexually assaulted, or know someone who has, you can contact the police at any time via 999 in an emergency, or via 101@sussex.pnn.police.uk or by calling 101, and arranging to talk in confidence to specially trained detectives.

If you are looking for further help or support go to www.safespacesussex.org.uk. 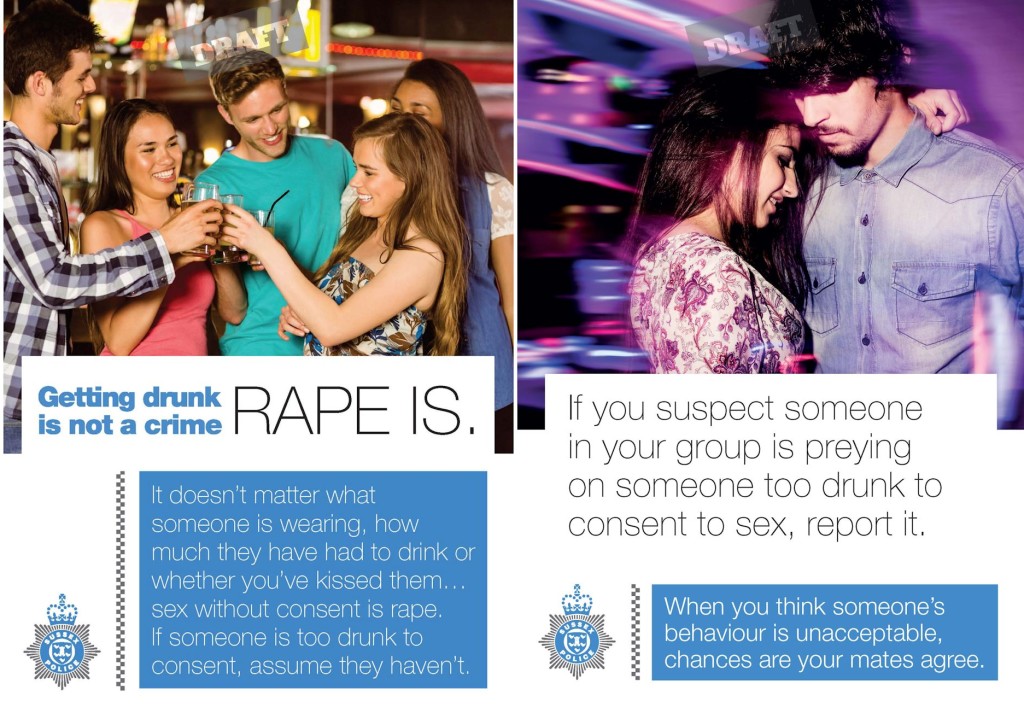