6 things we still sort of enjoyed as Brighton & Hove Albion LOST to Middlesbrough.

1) The cracking atmosphere generated throughout most of the match – much of it could be attributed to 1800 or so from Teeside, who made the 600 mile trip for a 12:30pm kick-off. Sadly however,  a fair few Albion fans couldn’t stomach the last 20 or so minutes . For the first time this season those Seagulls appeared during play again. 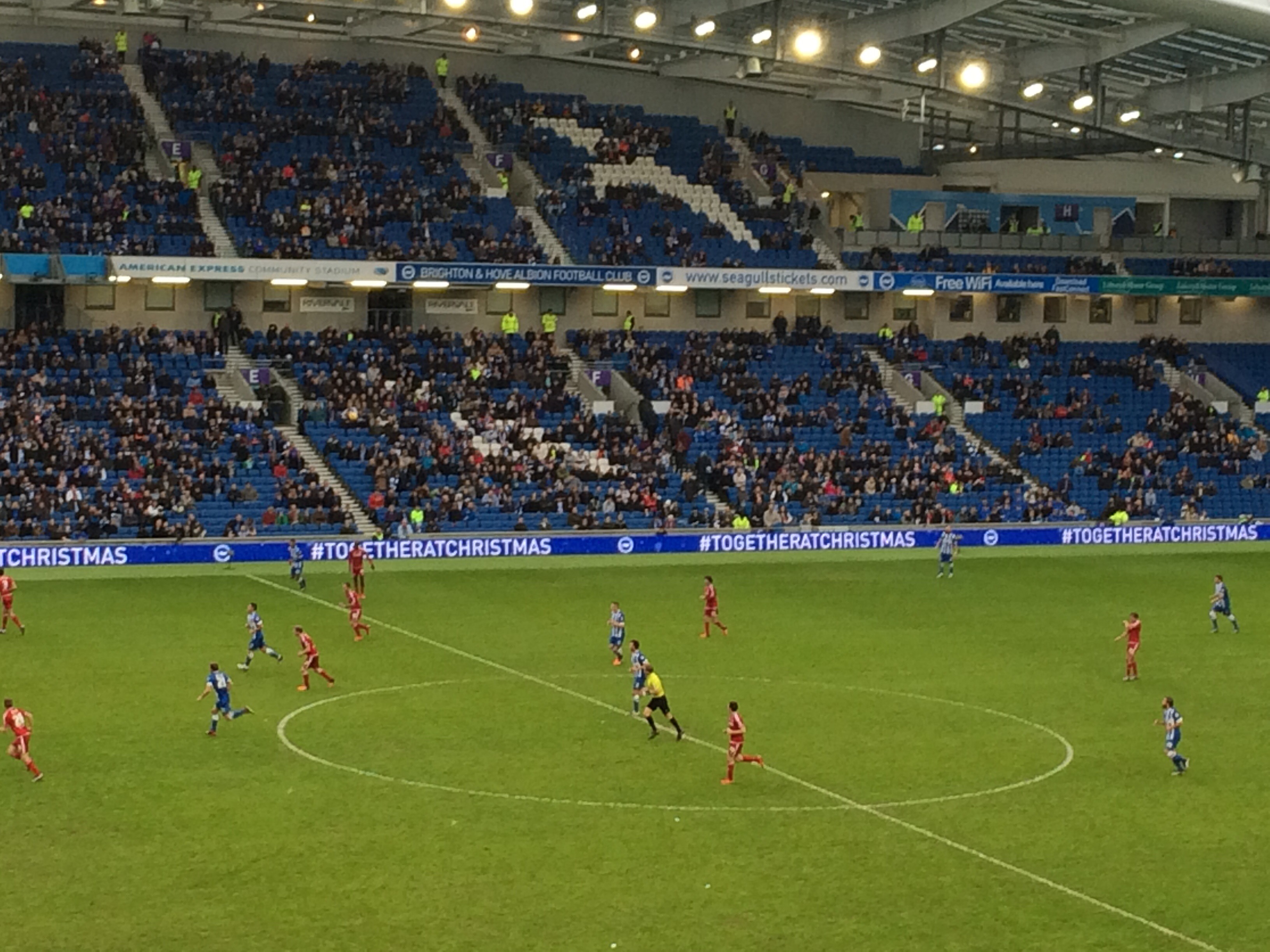 2) Boro turning up late ? They were spotted, trying to sneak almost unoticed along Lewes Road at around 11am. Here they are trying to negotiate the  gyratory and obviously wondering if that cycle is for real.

3) The five of six stewards who raced to the car park around 11:55am with floresecent jackets and mobile phone  cameras at the ready . Just because one of Boro manager Aitor Karanka’s mates had turned up. 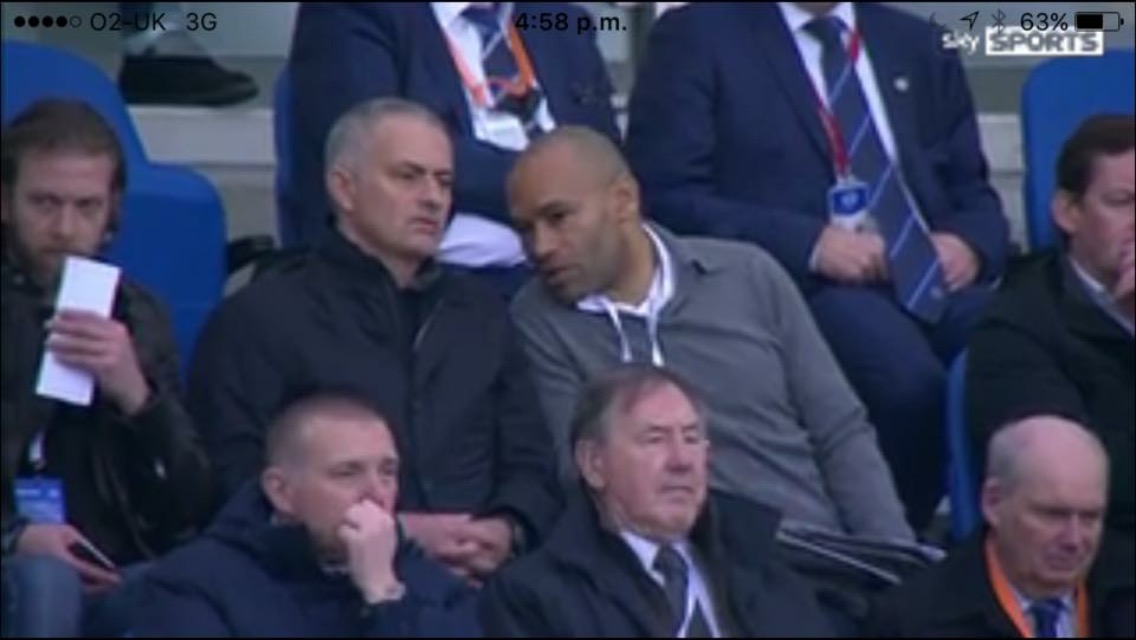 This is the section of the crowd where Karanka’s mate was supposed to be sitting . Ex Totrenham boss Keith  Burkinshaw  is lucky enough  to be sitting next to Albion CEO Paul Barber .

The poor chap in the middle of the second row is reportedly unemployed and at Christmas time. We at Brighton and Hove News bid him a million (or ten)  good wishes.

4) That for the first time this season Albion didn’t announce a man of the match during the game.  This happened on many occasions in the first half of last season. The sponsors discreetly selected a delighted looking Dale Stephens. 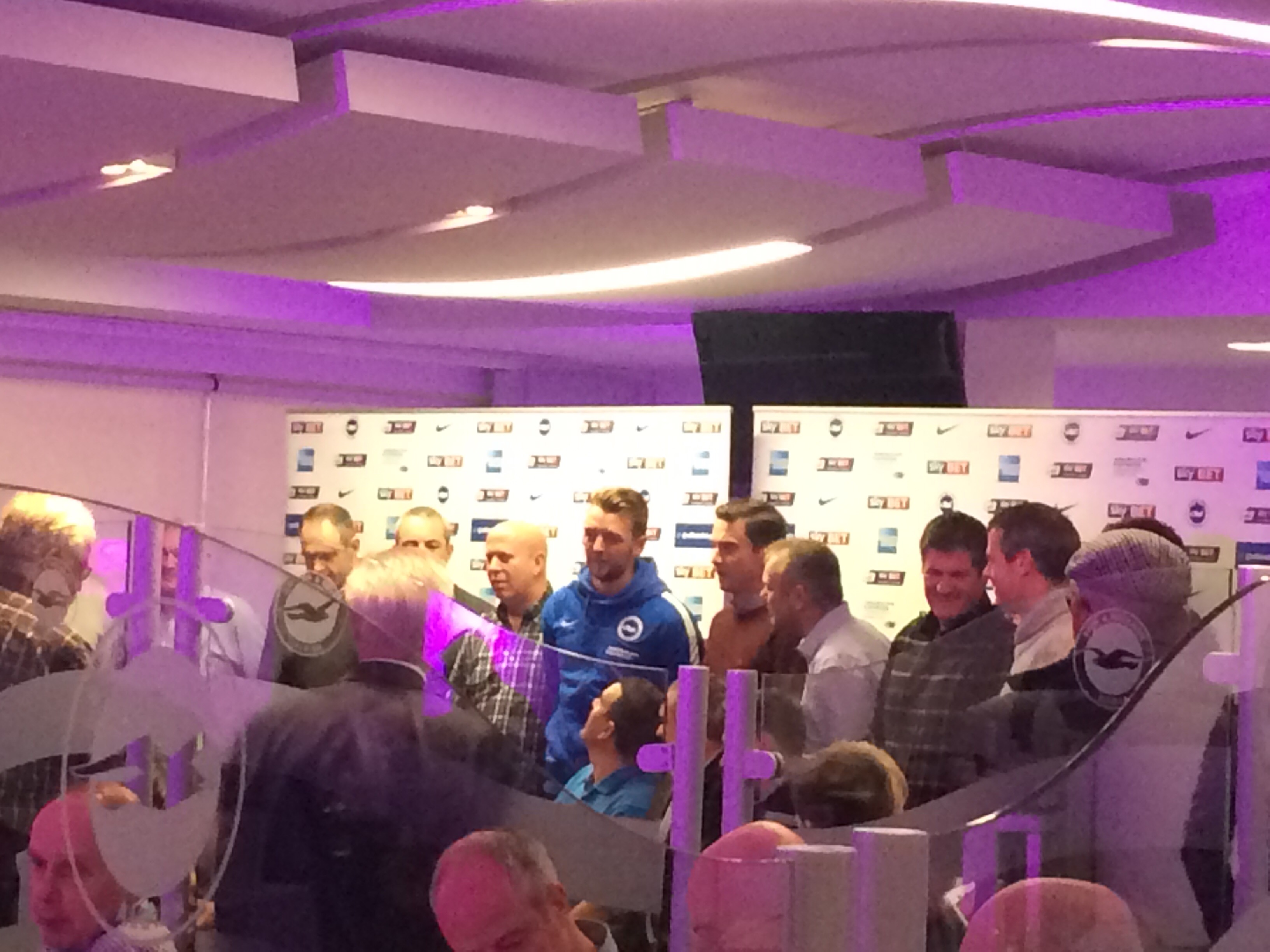 5) The fact that Aitor Karanka was able to move freely outside the Amex after the match. Choosing not to travel on the team coach, Karanka accepted most requests for a selfie, as he made his way to a waiting car. No doubt ready to whisk him away for dinner with his mate. 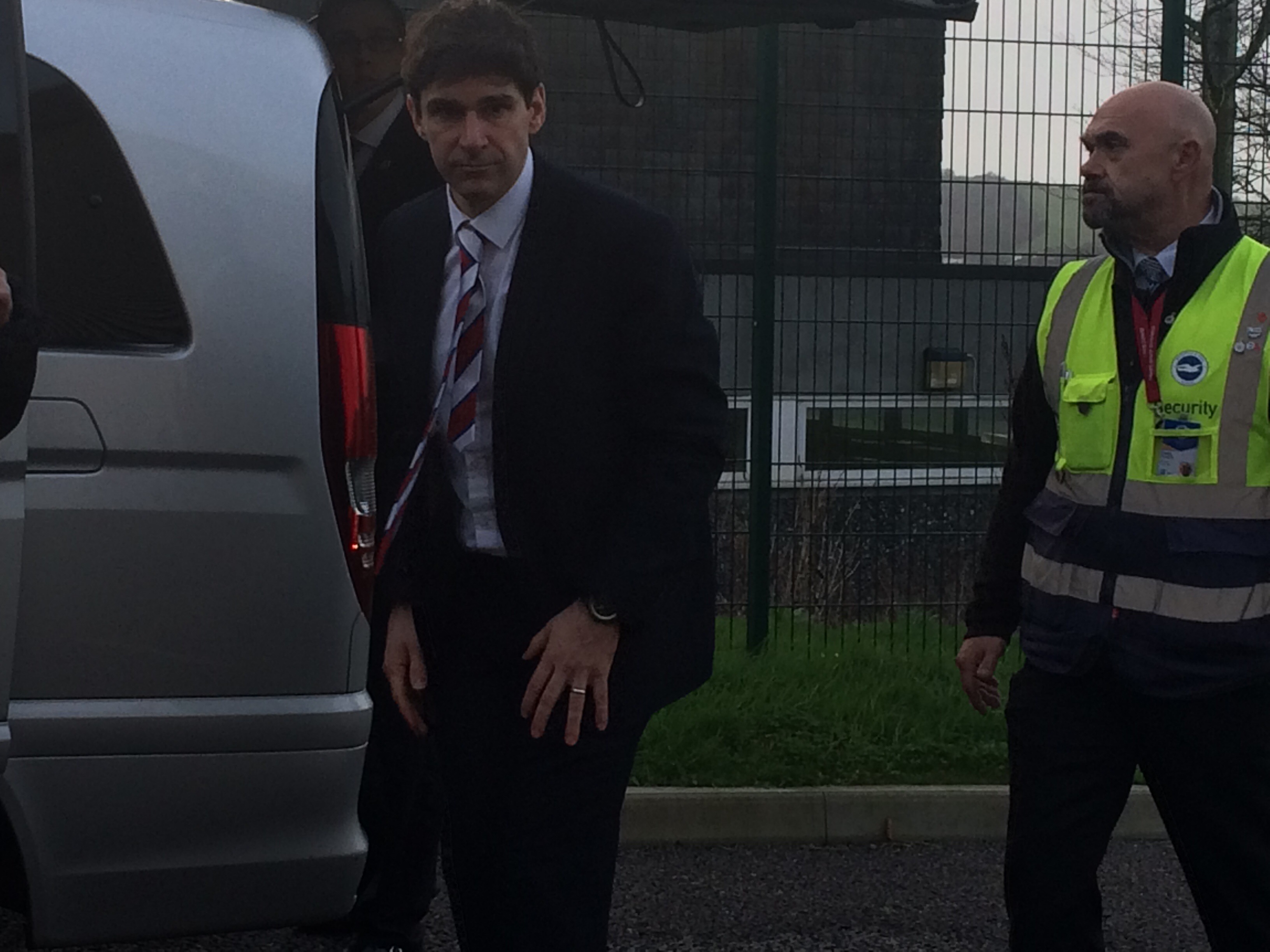