A man taken to hospital in critical condition following a major blaze at his Kemp Town flat died this afternoon. 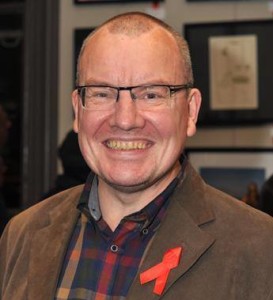 Chris’s friend, who lived with him in the flat, was away for the weekend and not aware of the blaze until the following day.

A spokesman for Sussex Police said: “A man taken to hospital following a fire at a flat in Essex Place, Brighton, on Saturday has sadly died.

“The coroner’s officer has been informed.

“The incident is not being treated as suspicious and the investigation into the cause of the fire is being led by East Sussex Fire and Rescue Service.”

One of his friends, Mark Laverick, said: “I always found him to be an exceptionally kind and generous man with a huge heart for the community.

“He did more for Kemp Town than most and will be hugely missed.”

“He understood the importance of listening to people and through his efforts St James’s Street became a better and safer place to live.

“He was honest, at times naive, but in all my dealings with him I never doubted his integrity or his commitment to the community he lived in.”

Since moving to Brighton about a decade ago, Chris had become involved in many good causes in and around Kemp Town. He worked for the Sussex Beacon Trust, had been a member of the St James’s Street Area local action team and was serving as treasurer of the Friends of Queens Park when he died.

He also stood as a candidate for the Labour party in the Queen’s Park ward in the 2011 local elections, although he did not win the seat when the ward went Green. In 2009, he briefly wrote for the Argus as a community correspondent.

As well as joining many existing community organisations, he was also highly active online, an enthusiastic and prolific sharer of local news to his Kemp Town networks.