Why I disagree with my Labour colleague about leaving the EU

Fellow Labour councillor Tom Bewick, who I deeply respect as an honourable man and colleague, recently tried to make a “democratic” case for the UK to leave the European Union.

It was an excellent read with some very good observations. However, his observations made me come to a very different conclusion.

Most likely, some of you will say, Councillor Inkpin-Leissner is biased as he is a German national.

Possibly there is some truth in there as European law gave me the opportunity to stand as council candidate for this city and gave me the chance of honouring the positive welcome and being included in my chosen home of Coldean village and giving something back.

But then one could say the same about Councillor Tom Bewick, who is a successful businessman, believing in the forces of the free market, the American way.

In his article Councillor Bewick describes historically correctly the end of the British “overlordship” over its former colony.

He mentioned the sometimes successful system of checks and balances and the direct line of sight between those making the laws and the people expected to live by them.

I did not quite follow the point of stressing the position of Commander-in-Chief. As far as I understand, Her Majesty holds the position in the UK.

The EU is not, possibly not yet, a military partnership. That is NATO. Is Councillor Bewick making a point for the UK to leave NATO as well? I think it is a legitimate question on this point.

I very much agree with Tom Bewick on immigration and border control, with the UK having some of the strictest laws in Europe.

He said: “Britain needs to remain open to the world, continue in working together in multilateral institutions like NATO and the UN, which should include accepting our obligations to welcome skilled immigrants and refugees coming to our shores.”

One hundred per cent agreed. But by saying this, Councillor Bewick seems to be illogical in his arguments. He states in his blog basically that the EU is rather undemocratic. In fact, the EU has a way better level of democratic scrutiny than all the other international bodies that the UK is a member of – the UN, NATO, the World Trade Organisation, International Monetary Fund, World Bank and others. Does the UK want to leave these organisations as well?

In the European Union all decisions are made by either meetings of elected national governments (which even Councillor Bewick calls somehow democratic) or by direct elected Members of the European Parliament.

Parliament in the UK, like all other parliaments of EU member states, receives all EU proposals in time to be debated.

This happens before UK ministers and their EU counterparts meet to discuss them and correct or block them, where proposals go beyond what the EU should be doing.

Each EU member state appoints a European Commissioner. They have then to be approved by the European Parliament.

Councillor Bewick points out the lack of powers of the European Parliament. Well in the past I would have had to agree with him but the situation improved.

Jean-Claude Juncker, the president of the European Commission suffered a major blow by the European Parliament. In a vote of 112 to 13, with two abstentions, the Parliament’s Environment and Energy Committee voted that Alenka Bratušek, a former Slovenian prime minister, was not qualified to become a commissioner.

This was indeed a democratic decision and subject to a great level of scrutiny. And even the European Parliament elected Jean-Claude Juncker as Commission president, according to the results of the European Election. To me that is democracy. 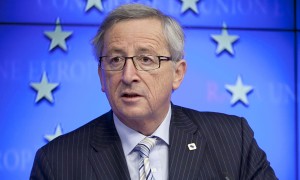 Councillor Bewick rightly complains that some local decisions would be taken more easily and could improve if European regulations were not in the way. And here there is a lot room for improvement within the EU, I agree.

But what is not mentioned is that for all these regulations to become European law the British government must have agreed to them as they were introduced before the Lisbon Treaty. If not, they would not be in place.

So I presume that Britain got something out if it for agreeing to these rules – possibly the special treatment that the UK always received since being a member of the EU. No other member state has been given as many exceptions from EU law as the UK.

I very much appreciate Councillor Tom Bewick’s contribution towards the discussion of Brexit or not. It reminded me to stand up for what I believe in. Councillor Bewick – so it appears to me – comes from a very American direction – the free market. I could not disagree more.

I strongly believe in international solidarity – which is deeply rooted in the Labour movement. Ironically it was a German Christian Democrat, who invented what I think is essential for a good working economy. I mean the social market (Soziale Marktwirtschaft), developed by former German Chancellor Ludwig Erhard in his time as a minister under Chancellor Konrad Adenauer.

Social market economies aim to combine free initiative and social welfare on the basis of a competitive economy. It means that the market has to show social responsibility.

In the US it clearly does not. In the EU it does. That is why I found it so ridiculous when Tory Employment Minister Priti Patel said the legendary suffragettes would have been sympathetic to a Brexit. 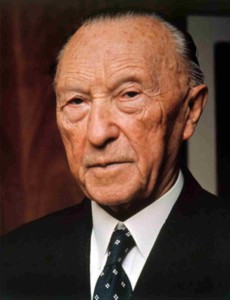 I am very grateful for Helen Pankhurst, the great-granddaughter of the legendary Emmeline Pankhurst, who set Miss Patel right, saying: “My great-grandmother fought tirelessly for women’s rights and dedicated her life to making sure women could live their lives free from discrimination.

“It is unacceptable to use her achievements to argue for something that is so out of line with the spirit of international solidarity that defined the suffragette movement.

“To the contrary, I believe that my great-grandmother would have been the first to champion what the EU has meant for women, including equal pay and anti-discrimination laws.”

This is quite an amazing statement and so true.

With the free market and economic greed on the rise, more workers’ rights would be in danger if the UK left the EU.

Unravelling rights derived from the EU would not only have serious repercussions for employee relations but could also have consequences for contracts of employment.

For example, many employees have clauses in their contracts related to protections derived from the EU on matters such as holiday pay or working hours.

EU withdrawal and any consequent changing of employment law may mean changing employment contracts on a wide scale, with a possibility of termination of employment then re-employment on the revised terms. 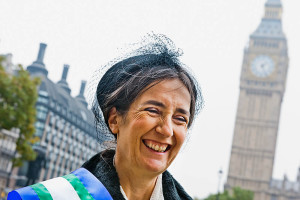 These are just some examples but serious ones. Without the EU workers would end up in the shambles American workers are in right now.

As I am a Greek Orthodox Christian by faith and strongly affiliated to Greece, I must react to Councillor Bewick’s comments on Greece, especially when it comes to solidarity.

First of all I have to remind Tom Bewick that the IMF is not a European but a worldwide organisation which helped with the bail out for Greece.

And to be frank here, the UK did almost nothing to help in the Greek crisis, as the Tory government saw it as a euro zone problem, not a humanitarian problem.

So I find criticism from the UK regarding help for Greece rather rich as from the UK came no help apart from not blocking EU funds and thankfully from private initiatives and charities.

Greece brought itself into the situation that is now. The Greek government still refuses to prosecute those Greek entrepreneurs who avoided paying tax, effectively despite Europe showing solidarity by providing financial aid.

But the Greek people have to show some effort too. They actually did and I admire that. It seems like always the ordinary citizen does what is right. 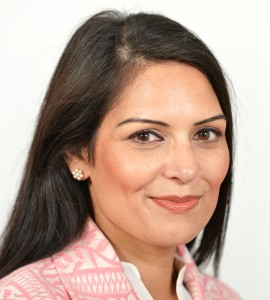 Tom Bewick is wrong in criticising the EU for their hard stance as the UK government did nothing at all.

All citizens of the euro zone paid for Greece, including the Greeks, as solidarity is not a one-way street. That is European solidarity.

One last thing – Councillor Bewick mentioned that the argument of the EU preventing major wars within Europe is becoming rather worn.

Without the EU, almost fascist governments would get away with their undermining of democracy, human rights and European values.

Speaking about democratic deficits: Why are British people living abroad excluded from the referendum? Why can’t 16-year-old citizens vote? Why can’t I vote although I am serving this country?

Having said all this and despite there being a lot of room for improvement with the EU, I am a proud European of German origin, serving on Brighton and Hove City Council and I urge the citizens of the UK to vote for staying in the EU and helping to reform it where necessary.