A young woman has been raped while walking home past the entrance of Queen’s Park in Brighton this weekend. 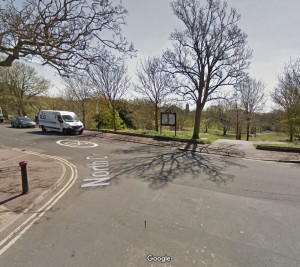 Police have launched an appeal, aimed particularly at a taxi driver who collected her from nearby Freshfield Road to take her home to Whitehawk in the early hours of Saturday morning.

Detective Inspector Jason Hazzard said: “The victim is being supported by specially trained officers. She is shaken and suffered some minor injuries to her face.

“We are appealing to anyone who was in the area of Queen’s Park last night who may have seen or heard anything. We would also like to speak to any taxi drivers who may have collected a lone woman from the Freshfield Road area and driven her to Whitehawk during the early hours of Saturday (9 April).”

The 26-year-old victim had been out for an evening in Brighton on Friday. As she walked alone in East Drive around Queen’s Park sometime between 11pm and 12.30am on Saturday (9 April) she was approached by a man by the entrance to the park opposite Tower Road.

He attacked her on the pavement close to the park sign.

After the assault he ran off through the park. The victim was picked up by a taxi from Freshfield Road and taken to the Whitehawk area of Brighton.

The suspect is described as having short hair and wearing a parka style jacket.

Anyone with any information is urged to contact police by emailing 101@sussex.pnn.police.uk or call 101, quoting Operation Moston. Alternatively, you can call the independent charity Crimestoppers anonymously on 0800 555 111 (www.crimestoppers-uk.org)