A Brighton woman has been jailed for three years after she admitted defrauding £150,000 from her employer over four years.

Suzanne Lili May – known as Lili May – was sentenced at Hove Crown Court this morning (Monday 11 April) for stealing the money from Brighton engineering consultancy Aerotrope.

May, 39, of Willingdon Road, Brighton, initially said that she spent the cash on cocaine and other drugs but later said that she had blown it shopping, the prosecutor Ryan Richter told the court.

She admitted fraud and false accounting while working as the office administrator and IT manager for the company which is based in New England Street, Brighton.

Her actions almost destroyed the business but it has survived thanks to a determined effort by the founder and director Chris Hornzee-Jones and his small but dedicated team of staff. 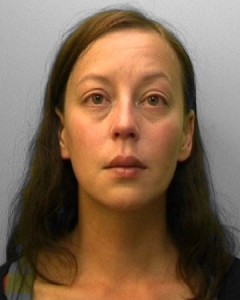 Lili May also known as Suzanne Lili May

What the judge said …

The judge, George Lawson-Rogers, sentenced her after listening to Aerotrope founder and director Chris Hornzee-Jones spell out the impact of her fraud and false accounting.

Mr Recorder Lawson-Rogers told her: “You were held in great respect and affection. You were trusted – and you repeatedly betrayed that trust over a sustained period of time.”

May set up accounts to pay in the stolen money and pay for her “ill-gotten gains” but had made too little effort to pay anything back since being caught.

She had repaid £1,355 and had a rented garage full of purchases, the court was told.

The judge said that her actions showed “a deliberate, determined and well-planned” campaign of deception and he added: “You were fully aware of precisely what you were doing. You’re an intelligent woman.

“These offences have had a high impact on your employer. This is a small company and was severely affected and would almost certainly have been struck off and dissolved had you continued with your deception.”

Given her previous good character, the judge said: “It makes it even more difficult to understand why you embarked on such a sustained period of dishonesty.”

He said that she would be jailed for three years and released on licence after serving 18 months.

What her barrister said …

May’s barrister Sarah Taite said in mitigation: “Miss May has committed a very serious fraud involving a profound breach of trust to those who employed her and liked her.

“She has been extraordinarily remorseful. She realises the extent of the damage. She did not, I suspect, know the full extent of the fraud.

“She pleaded guilty at the first opportunity. She came to court as a defendant of previous good character.

May’s former partner was letting her stay in his spare room, she said, adding that May required long-term treatment for mental health problems, including anxiety and depression and the psychological problems arising from a fractured childhood.

Aerotrope founder and director Chris Hornzee-Jones told the court that the fraud came to light only because he found by chance an unopened letter from Companies House threatening to close the company.

If he hadn’t found it, he said: “The successful business that I have built up over the last 10 years would have been destroyed, which provides my livelihood and that of five employees.

“The discoveries (of May’s stealing and deception) have had an extremely painful and repeated emotional impact on all of us.

“Lili systematically exploited the mutually trusting and respectful environment that we are so proud of at Aerotrope.

“Her initial statement to have used the stolen money primarily for funding years of illegal drug use came as a great shock and caused us all to worry for her wellbeing.

“Lili then withdrew this explanation two weeks later at her disciplinary hearing and instead stated that the money was spent primarily on internet shopping.

“The monetary thefts we eventually uncovered were five times the amount she initially admitted to when first discovered by me.

“Lili only admitted to the hundreds of thefts and other deceptions once we uncovered them through the efforts of our investigation.

“Lili’s betrayal of the trust that we all placed in her over many years has shaken us all profoundly.” 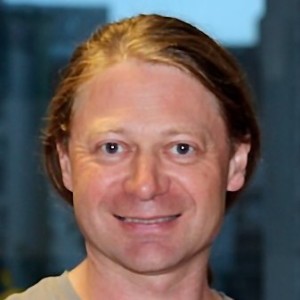 Mr Hornzee-Jones said that the amount of money stolen from Aerotrope had placed a strain on the day-to-day running of the business and its cash flow.

Aerotrope faced fines from Companies House and Revenue and Customs (HMRC) as well as emergency accountancy fees on top of the losses. Overall, the fraud has cost more than £200,000.

Mr Hornzee-Jones said: “Several of my staff took voluntary reduced or zero pay during September, October and November to help with the company’s finances.”

He took only a minimal basic salary after the thefts came to light last August and added: “I have depleted all my personal savings and accrued some debts.

“Lili’s actions incurred late filing penalties of £4,500 from Companies House which I had to pay despite submitting two appeals. Aerotrope has also had to pay HMRC for errors in our VAT.

“The submission of our corrections also triggered a VAT inspection by HMRC in February for which we incurred further accountancy and staff costs.

“Our company’s insurance policies, although extensive, do not cover us for losses due to theft by an employee.

“Most of Aerotrope’s engineering staff from (Wednesday) 5 August until late September 2015 put their efforts into reconstructing the accounts and uncovering Lili’s frauds and thefts.

“The total working time spent on this was 545 hours, not including myself and the company secretary working almost exclusively on recovery of the business and helping with the police investigation.

“We were only able to resume normal business tasks in late September 2015.

“This adversely affected our ability to secure new contracts until well into November. As a result we made a significant trading loss in this period.

“The narrowly avoided striking off and dissolution by Companies House with the prospect of losing all of our staff’s jobs has deeply affected us.

“Lili has single-handedly almost destroyed Aerotrope through her dishonesty and her actions.

“I doubt that Lili will ever understand the amount of distress she has caused and the damage she has done to my business that will take a long time to repair.

“The amount of money that Aerotrope has lost through Lili’s actions is staggering.

“Lili was a trusted and well-liked employee. It is completely shocking to realise that everything she did from just a few months into her employment was a complete lie, concealing her thefts and deceptions from me and the all the company.”

What the police said …

PC Rosie Stribling said: “May’s crimes came to notice in the summer of 2015 when she was on holiday.

“The company owner, Christopher Hornzee-Jones, by chance found a letter from Companies House giving notice of overdue accounts saying they had not returned their annual accounts for the previous two years.

“Had Mr Hornzee-Jones not found this letter, proceedings would have begun against him to completely dissolve the company he has built.

“One of May’s tasks had been to ensure the accounts were submitted but she had not done so, enabling her to mask the amounts she was systematically stealing just to fund her own lifestyle.

“Instead, she made regular overpayments to her salary, transferred money to her personal bank accounts and used company credit cards to a total amount of £151,193.”

Sussex Police will now investigate May’s financial affairs with a view to a hearing under the Proceeds of Crime Act (PoCA).

A court will consider issuing a compensation order for May to return any money still available to her former employers. In the meantime, Sussex Police, her accounts have been seized.