Have you seen missing Hove woman in Brighton?

The public are being asked to help find a woman from Hove after police said that she had gone missing in Brighton.

Sussex Police said: “A 78-year-old woman is missing in Brighton after walking out of a home in Hove. 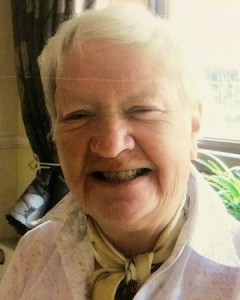 “Margaret Walker, who has joint British and Canadian citizenship and speaks with a Canadian accent, attended Brighton police station on (Friday) 11 March and said that she had been sleeping in bus shelters in Dover but had come to the city as she had previously lived there.

“She was taken to a local authority residential care home but on Monday (11 April) she left, having emptied her room and taking two large wheeled suitcases, one brightly coloured.

“It is not known if she has any money, a passport, mobile phone or identification or if she still knows anyone in Brighton but there are concerns for her given her age and mental vulnerability.

“She is white, 5ft 2in, of medium build, with short white hair and wears glasses. She may be wearing a beige mid-length raincoat, a longish skirt with large white flowers on it, no tights or socks and black slip-on shoes.”

Anyone who sees her or who knows her whereabouts is asked to phone Sussex Police on 101 or email 101@sussex.pnn.police.uk.

Sussex Police added: “If she is in danger or in need of medical attention, please dial 999 immediately.”