Two public toilets in Portslade and Hove are to close despite efforts to lessen budget cuts, with a swathe of other city loos set to close over the winter. 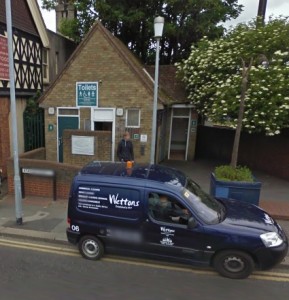 In February, councillors decided to rethink plans to slash £170,000 from the public toilet budget, which would have seen loos at the Rotunda in Preston Park, Saltdean Oval and Park Road in Rottingdean closed down.

But the cuts could not be completely avoided, and with a revised £40,000 left to save, the Grenadier toilets in Hove and Victoria Road toilets in Portslade are still for the chop, with Aldrington Rec, Blakers Park, Greenleas and Hollingbury Park loos now closed over winter.

The toilets in Goldstone Villas will also have their opening hours reduced by two hours a day over summer and winter. The changes will take place from Saturday, 4 June.

Councillor Gill Mitchell, chair of the environment committee, explained: “The current budget pressures meant that closing some toilets was always inevitable. However, I am pleased that officers have worked hard to find ways to keep the vast majority of facilities open. This includes the toilets at Saltdean Oval, Preston Park and Rottingdean which were previously earmarked for closure.

“The decision to fully close the toilets at the Grenadier and Victoria Road in Portslade, and to close those in Blakers Park, Greenleas, Hollingbury Park and Aldrington Recreation Ground over the winter months was made following a detailed review of all facilities in the city. The review looked at usage and the proximity of other toilet facilities.

“We appreciate that some residents will be disappointed, but these changes are essential to put the service on a sound footing for the future and we can now move forward with plans to invest £1.5 million in the total refurbishment of some city facilities.”