The head teacher of a Brighton school has called for a royal commission on education at a conference where the Schools Minister Nick Gibb was one of the speakers.

Richard Cairns, the head master of Brighton College, spoke out as he opened his school’s annual conference on education leadership yesterday (Thursday 5 May).

He said: “As the co-founder of a free school in London and governor of a comprehensive school in Beckton, I couldn’t be prouder of the progress that those two schools have made.

“Last year the London Academy of Excellence, in its third year of existence, outperformed every sixth form college in England and won eight places at Oxford and Cambridge. 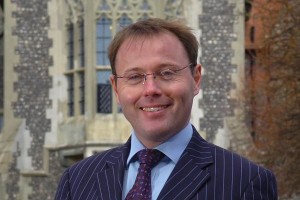 “But I know and you know and the government knows that the education system in our country is still not good enough.

“We know that too many young people are still leaving school without even the most basic skills.

“We know that technical education still lags far behind that in other European countries.

“We know that our exam system is suffocating creativity and intellectual curiosity.

“We know that, yes, there has been excessive grade inflation. We’ve benefited from it.

“And, privately, we all know that uncomfortable truth that independent schools are the quiet beneficiaries of every failure in the education system.

“I doubt anyone here thinks that we don’t need a serious national conversation about our entire education system – a root and branch examination of the way education is structured and delivered in this country.

“And it strikes me that a government that is so ambitious to improve educational outcomes for everyone could do a lot worse than to consider the establishment of a full scale royal commission.

“Since the war, there have been 37 such royal commissions – on the press, on the remuneration of doctors and dentists, on the penal system, on gambling, on long-term care of the elderly.

“But none on education.

“Because – despite the efforts of people like Andrew Adonis, Kenneth Baker, Michael Gove, Nicky Morgan or Nick Gibb – no political party has made education the priority that it desperately needs to be.

“Surely now is the time for the Prime Minister, contemplating his legacy, to be even more ambitious in this area, convening a commission of experts from across the world, with an open mind, tasked with devising a new way forward for our schools.

“And wouldn’t it be great if this sector, the independent sector, were to lead the way in campaigning for such a commission – demonstrating clearly that we do care about the interests of all the children in this country, standing ready to play our part in building a better Britain … In short, showing true leadership in doing the right thing.”